The Festival (An Advanced Roleplay) discussion

Mod
Rosalie and her husbands estate. Also home to their surrogate. 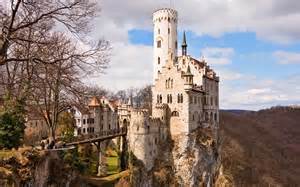 Mod
Rosalie stood in the doorway looking at her surrogate. "Hello. We are going to the Opera House tonight. I just wanted to make sure you had something suitable to wear," she said politely as she stepped into the room. She felt rude but it was her home after all and she had a right to go where she pleased. It was not as if she was interrupting anything. She briefly wondered where her husband had got off to but shrugged it of as her mother had taught her not to question to much as all it would end in is heart break.

Mod
Rosalie nodded in understanding before wondering whether she had time to call in the seamstress before they had to leave but it was probably a bit late but she supposed she could try anyway. She just hoped her husband was back in time as it looked bad for her to be attending places on her own. It made people think there were problems in her marriage there most certainly were not- other than the problem of children of course. They got along well, well, well enough as they rarely seemed to see each other.

Rosalie ignored the fact her maid was telling her what to do as she was used to it. It was the life of a society woman after all, being bossed around by first your father and then your husband. It wasn't like she was completely obedient as she did whisper suggestions into her husbands ear from time to time. Women had a subtle power, they didn't have to enforce their will over others. " I suppose I might. Would my red gown work?" she asked. It was a gown she had worn many times before and it might work for Daria.

Edmund waited patiently until Rosalie finished conversing with her surrogate. He was the man of the house, the embodiment of strength and wisdom, but for some reason he couldn't approach Rosalie. He didn't want to approach her with false feelings, he'd just wanted to get to know her as an equal.
"Shall we go, my lady?" he asked, his voice soft and low.

Mod
Rosalie turned. "Of course my lord," she said curtsying politely wishing they had the type of relationship which was free from the etiquette of court but they didn't. He was cold towards her most of the time. To be honest she wasn't sure why he had chosen to marry her of all people when it was clear he didn't seem to care but she supposed she had the looks and the breeding to be an attractive prospect to his family.

Edmund extended a hand out of courtesy towards his wife. He was literally burning of embarrassment inside, but he didn't suppose Rosalie would understand why he was so nervous and curt around her. All he could do now was to treat her the best he could.

"I hear they're performing The Magic Flute at the Opera House today," he said, trying to make some small talk to fill the silence.

The Festival (An Advanced Roleplay)