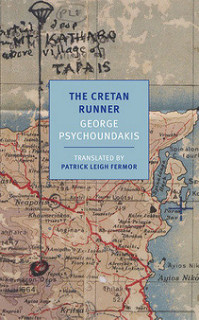 Publication Date: November 3, 2015
Pages: 272
Translated from the Greek and with an introduction by Patrick Leigh Fermor.

George Psychoundakis was a twenty-one-year-old shepherd from the village of Asi Gonia when the battle of Crete began: “It was in May 1941 that, all of a sudden, high in the sky, we heard the drone of many aeroplanes growing steadily closer.” The German parachutists soon outnumbered the British troops who were forced first to retreat, then to evacuate, before Crete fell to the Germans. So began the Cretan Resistance and the young shepherd’s career as a wartime runner. In this unique account of Resistance life, Psychoundakis records the daily life of his fellow Cretans, his treacherous journeys on foot from the eastern White Mountains to the western slopes of Mount Ida to transmit messages and transport goods, and his enduring friendships with British officers (like his eventual translator Patrick Leigh Fermor) whose missions he helped to carry out with unflagging courage, energy, and good humor.

Mod
Slight push one week, from October 27 to November 3.

Mod
This is out today! It has a lot of nice pictures and looks just fascinating. I haven't had a chance to read it yet, but I'm excited to.