Mod
Sneak peek at two exciting titles headed to press this month! Charles Beaumont's surprisingly timely novel about hate and bigotry, THE INTRUDER (1959), was the basis for a classic film directed by cinematic legend Roger Corman, who introduces our new edition, and Iain Sinclair's highly acclaimed WHITE CHAPPELL, SCARLET TRACINGS (1987), a very unusual novel involving shady bookdealers and Jack the Ripper and introduced by comics great Alan Moore, whose FROM HELL was partly inspired by the novel! 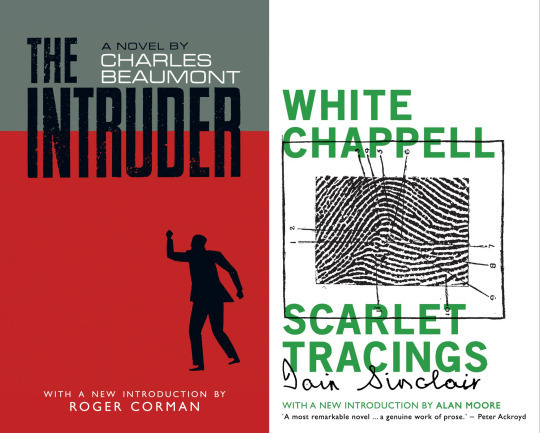 The Intruder by Charles Beaumont

I'm so happy to hear about White Chappell, Scarlet Tracings. When I moved here, it sadly got left behind. I'll be looking forward to its publication.