A war that's been going on for a thousand years, shifters fighting to the death in a world where all magical creatures exist. Long ago an alliance was created between bears and felines against their mutual canine enemy. A tigress who despises her own kind and wants to be on the battlefield disguises her self as a male warrior and camouflage her scent. One night she removed her clothes and a handsome warrior caught her as change he hadn't had the touch of a woman so he bedded her. Later on he found out about her true nature, but still has feelings for her. What will the lovers do? Will they share a passion each night? Or will it destroy them?

(Yay Character or go with the flow?)

(Character for me at least, I'm working on history right now) 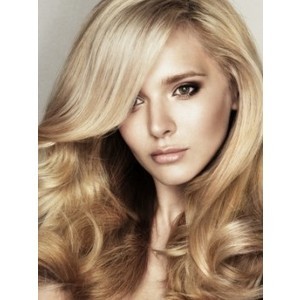 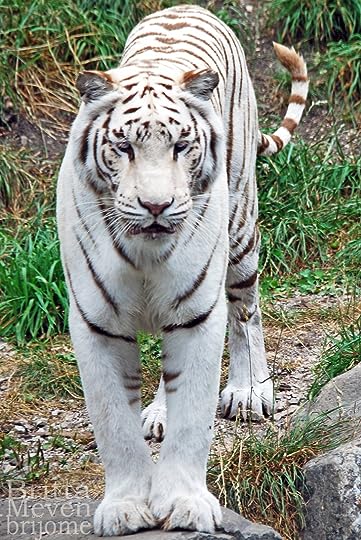 Personality: Clara is a hardened woman. She rarely lets her guard down which makes her an effective killer. When disguised as a man she is quiet and often grunts rather than using actual words. She hates other shifters, harboring a burning hatred towards them for what so many of them allowed to happen to her and so many others like her. She has a soft spot for the vulnerable, meaning she tries to be a little bit kinder around cubs and humans.

History: Clara doesn't know much about where she was born or who her parents were. She was raised in a sort of orphanage compound. Dozens of shifter cubs were raised by harsh adults and trained to fight and hate. They learned the basics of survival though the males were given actual combat training. Females were separated from them when they hit puberty and all but brainwashed into believing their sole purpose in life was to breed little soldiers to continue the war. Clara became good friends with a male bear cub and he helped her escape. When she was old enough she returned and slaughtered the shifters responsible for brainwashing everyone she was raised with. By then it was too late though, the females were shipped off to mate and breed and the males had been sent off to fight. She decided to disguise herself then, in an attempt to find the males and save them if she could.

Alec Martin
28
http://m.weheartit.com/entry/group/26...
http://jmountswritteninblood.com/2012...
Alec is the general of the werewolf army. His first mate was killed by a werecat and vengeance lead him to become who he is today.

So it's not vampires vs shifters it's shifters against shifters?

(yes because you wanted it to be a tigress and since its a forbidden romance both of there kind have to against each other.)

(Okay that's fine I was just clarifying that... Felines and bears against canines then?)

(Yep how do you want to start?)

(In a battle? What if she's about to be taken prisoner but escapes and is changing out of her disguise when he finds her?)

Clara licked blood off her claws, standing above the body of a fallen coyote. She looked around with narrowed eyes. The rest of her squad was either retreating with their cowardly tails between their legs or lumbering towards opponents who clearly out classed them. Her lips curled. "Idiots." She muttered and threw her hand down, flinging blood off her claws as she chose her next victim.

Alec took out his sword out of the werecat. "Bloody cats your existence is a waist space in this world." His wolf growled. his wolf howled telling him that there another were cat near. he left going to his next victim.
(can she be his soul mate cause that would make it easier to bed her)

(We'll deal with that when we get to it)

After selecting her next target Clara moved forward, had anyone had the time to pay attention to her movements they might think it odd that she moved in a similar way to were lions. She had to have some point of reference in fighting like a male instead of a tigress though, were it up to her she would shift completely and start teasing out throats.

Alec saw Clara or drake fighting the target he was after. He watched her moving styles and they were nothing like a werewolf, it was more... Of a lion fighting. Once he saw he/him killed the bear he walked up to her/him. "Are you okay drake."

(Wait they're on the same side??? I thought they were enemies?)

(I was just confused, it's fine)

(You could just repost if you can't delete right now....)

Alec growled at the werecat. He lunge at her with his sword aiming for his sword.

Clara Drake dodged, hearing the wolf's approach and deftly avoiding being skewered. She He slid his foot along the wet ground, getting up close and personal with the attacking wolf. He wound up his arm and threw a hard punch, catching the wolf's cheek. The blow would probably bruise his knuckles but he didn't care. He immediately locked the wolf's sword arm against his own side to trap it and flashed out his hand to rake his claws along the wolf's throat.

Alec struggled at his grasp. "You fight well for a cat!" He growled his eyes showed nothing but pure hate. One of the archers saw his general pinned down he shot the arrows hitting the cat's shoulder and another one on her leg.

Drake didn't fall but grunted in pain and shifted his weight to his uninjured leg. How had he missed the bloody archer?! He reached down and yanked the arrow out of his leg and started pulling back. He needed to get out of there before any potential poison from the arrows started taking effect. He made a quick jab to the throat then turned tail and ran.

The wolves surrounded drake growling. Ready to teach her too pieces. "Hault!" The general said trying to catch his breath since he was kicked in the throat. "We need him for questioning."

Catch me if you can doggies. Drake thought and vaulted over the dirty mutts. He landed on both feet and took off running, knowing he couldn't keep the pace up long. There was a town nearby with civillians. He would be able to lose them there. It would be dangerous but necessary. Thanks to the thick material of his uniform the arrows hadn't cut deeply, they were still bleeding a lot though. He could lay low in town for a few days and heal before going back to his mission.

"Get him now!" He ordered his men. The solders shifted into there wolf form and chased after her. They were quick enough to catch up to her. One of them shifted back and lunged at her grabbing her. His dagger close to her throat so she wouldn't move.

Drake brought his knee up, landing home in the wolf's crotch and moving his head to avoid having his throat sliced. It still caught his neck but only very shallowly and would be healed by morning. He wriggled out of the wolf's grip and darted into a nearby warehouse.

Alec growled following her into the hideout this time he's not holding back. He lunge at him once again with his sword.

(Wait but may I ask, how would she join the werewolf army if they recognize her face?)

(Huh...? If you mean the feline army it's not like she offered her services to someone she knew. And she's grown up and changed over the years. They wouldn't think she would come back.)

Drake hissed and folded over, ducking beneath the sword while simultaneously lashing out with his leg and landing a solid kick to the enemy wolf's stomach. It hurt like hell because he was balancing on his injured leg but he immediately brought his uninjured leg down and started running again. He darted into a more populated part of town, ducking into a shop then into the back alley and swiping a dress and slip in his size. He wove through a crowd of people into another shop and changed quickly behind a shelf in a trade shop.

(I'm really trying to think of something.)

"Fucking hell!" He growled chasing after him once again. He tract his sent to a store. "Where are you cat!" He growled.

"Fucking hell!" He growled chasing after him once again. He tract his sent to a store. "Where are you cat!" He growled.

(No just what to writ cause most of the time your writing is good that I don't know what to write sometimes.)

Clara shook out her hair and made use of the items around her, spritzing herself with a disgusting perfume to disguise her scent. She smoothed out the slip and straightened the dress then adjusted her chest. She wasn't used to walking around with them untaped and it felt oddly freeing while at the same time making her feel vulnerable. She ran her hand through her hair and stepped out from behind the shelf.

(Okay do you think this is where he claims her as a mate.)

He turned to see the most beautiful women. "Uh excuse me miss did you see a man running through here limping?" He asked her gently with the sweetest voice possible.

Clara made sure her voice was its natural pitch rather than the forced lower one she used when she was Drake. "Limping? Oh no was he hurt?" She asked, leaning her weight on one foot heavily. She offset it by bending her knee and turning her leg slightly so it looked natural. She hoped he left soon, needing to make sure her wounds were clean.

"Yes it seems like it." He smiled. "Good thing he didn't hurt a beautiful woman like you." He took her hand kissed it. "Farewell my lady."

Stupid mutt. She thought even as she covered her face with her hands as if she were embarrassed. She walked out of the store, glad the stolen dress was long enough to cover her boots and that she always tucked away coin on her person. Her cloak even made a useful sack to carry her things and hide the blood soaking through her dress.

Alec continued the search. That lions could be very important and he wants every information he cold get on him.

Clara had enough coin to purchase a roll of bandages and a room to stay in for a few nights. She cleaned her wounds and the stolen clothes then rested after dressing her wounds until the clothes were dried before getting food from the innkeeper.

"The innkeeper was and old werewolf and his wife the cook is a witch. He kindly give her food. "There's a hot bath waiting for you after you're finished." He said before leaving.

"Thank you." She said and nodded. She didn't hold anything against her supposed enemies though she had killed countless wolves. They hadn't done anything to her personally, at least anything unwarranted, unlike her own kind. She couldn't really enjoy the bath because of her wounds but she still washed herself and changed into the clothes. She doused herself in more of the perfume though it stung her nose fiercely.