Mod
I was surprised to note that we hadn't started a thread on the Cambridge Fellows mysteries yet, because I remember that a number of us had been discussing the books either here or on the old AfterElton book board. Perhaps those discussions are listed under the individual titles of the various novels...

At any rate, if anyone wants to continue the discussion it may be easiest to do so under one thread that covers the whole series. For those unfamiliar with the stories, here's the description of the first novel, Lessons in Love :

St. Bride's College, Cambridge, England, 1905. When Jonty Stewart takes up a teaching post at the college where he studied, the handsome and outgoing young man acts as a catalyst for change within the archaic institution. He also has a catalytic effect on Orlando Coppersmith.

Orlando is a brilliant, introverted mathematician with very little experience of life outside the college walls. He strikes up an alliance with the outgoing Jonty, and soon finds himself having feelings he's never experienced before. Before long their friendship blossoms into more than either man had hoped and they enter into a clandestine relationship.

Their romance is complicated when a series of murders is discovered within St. Brides. All of the victims have one thing in common, a penchant for men. While acting as the eyes and ears for the police, a mixture of logic and luck leads them to a confrontation with the murderer---can they survive it?

I suppose the books could be classified as "cosy" mysteries; seems like a good fit for that genre. I like the period setting and enjoyed seeing the relationship slowly develop between Jonty and Orlando. Books in the series include:

Now, I thought the series had ended with book number eight, but it turns out the author has decided to keep going. Great news! Book nine has just been published: Lessons for Survivors . And book ten, Lessons for Suspicious Minds , will be released in April of 2015. So, I'll have to add both of these to my wish list.

The series is now being published by Riptide; for information see: 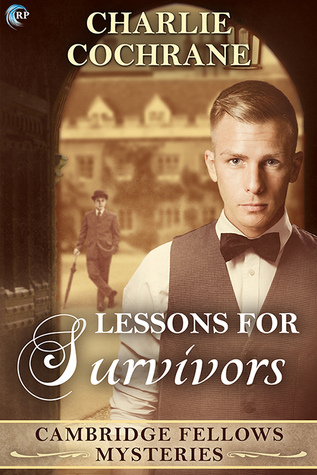 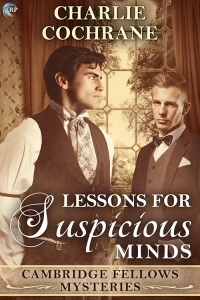 I'm afraid these new covers are not as nice as on the previous books published by Samhain. However---both designs are much better than the alternate versions seen below, which are terrible! I assume these are just test covers of some sort? 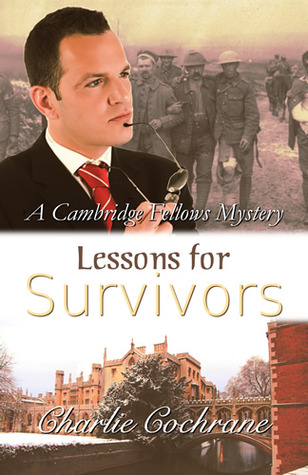 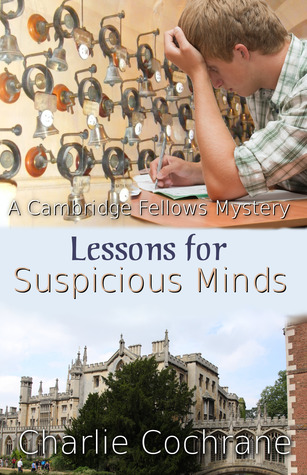 Thanks for the review. The mystery genre is my favorite - and the first in the series is available at Amazon for $.99 (right now - no idea how long that will last). For $.99 I'll definitely try the first book of a series that looks good!

Mod
Lori wrote: "Thanks for the review. The mystery genre is my favorite - and the first in the series is available at Amazon for $.99 (right now - no idea how long that will last)...."

I hope you enjoy it!

Reporting back - just finished Lessons in Love last evening, and really enjoyed the book. The author got the setting and characters just right, loved the gradual unfolding of clues and the very slow development of the romance between Jonty & Orlando. There goes the book budget...