Mod
"You remember all those stories about Greek gods and monsters shaping the world and creating morals for humanity? Congratulations they are all true! I am the Camp Director, Prometheus. Yes, if you have heard the stories abotu the Battle of Manhattan and all the Titanomachy II I joined my brothers the second time, but I was graciously forgiven without being cast into Tartarus. Go figure the gods learn from their mistakes of torturing their allies. I expect you to be knowledgeable creatures and show respect. Mr. D as he was called is no longer an asset as his grounding was released. I was set in position here because I seem to be one of the few gods who can bare longer than a night with a mortal. However, I warn you not to get on my bad side. Chiron will direct your activities, as I sit back and run things in a supervisor sense. I won't be bothered by petty problems and I assure you that I won't have demigods playing as if I'm mortal. I'm not Mr. D and I won't tolerate ignorance. I have stated my rules and I hope you live to see next summer with us. Also, I do pick favorites so it is best to stay on my good side."

That's right Dionysus isn't here anymore and Prometheus is. Sure he seems strict and a bit hard to get along with, but be very thankful that he is not Dionysus. IF you get hurt he would probably be the first on the scene to ensure your safety. He is one of those with a soft spot for mortals like us. I'm Alec Bathory, Head Counselor of Hades cabin. If you need anything I'm sure I can help you out.

We have made a lot of changes since the Prophecy of Seven was fulfilled and it seems that the one thing most are liking is the new logo on our shirts. not only do we get the camp logo on the front, but apparently we get our own cabin logo on the back. 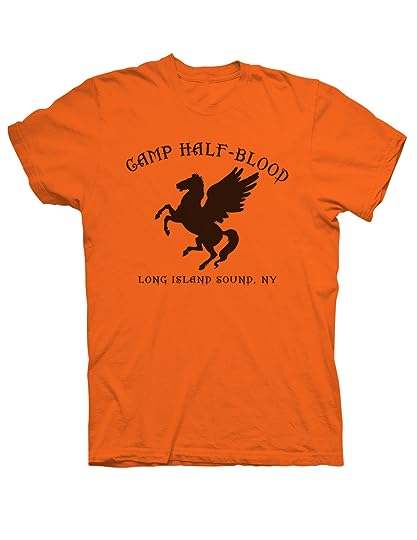 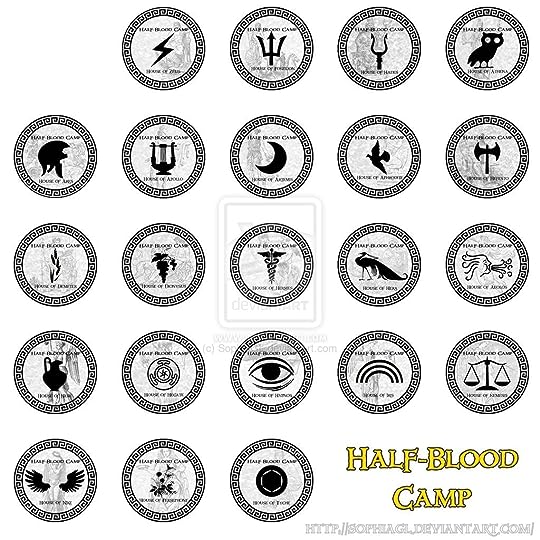 Mod
don't forget you have to make a request before having any of those goddesses.

Mod
Hey there welcome I hope you enjoy the group!!!

Hey Jacob I decided to join after all. Now all I ask for us a little patience from you.

Mod
lol you have plenty just as long as you remain in the time limits provided with each rule. Have fun!!!

I'll try. Hey question would you mind if we moved Twyla and Lukas here too?

Mod
Would Artemis be Bi or Asexual?

Mod
@ Maggie, IDK, perhaps but they will need to be different somehow. I don't want a constant movement of characters. I want to be impressed by originality and uniqueness.

Mod
Ah, that makes a lot of sense.

Plus, Would trust issues be an okay fatal flaw for her, as a reference to the Orion tale? I can't really think of a good one...

Mod
Yeah that would be fine but you would have to describe how it can end fatally.

Mod
Thanks for notifying us ^_^

Mod
Hi there and Welcome Audrey. I'm Jacob. I hope you find the group to your liking.

Mod
Be Back Monday gang!!!

Mod
SO I have one I really really really want to transfer over here. But I made her for a completely human group and although I love her to DEATH, I'm not sure she'd switch over well.... https://www.goodreads.com/story/show/... Thoughts?

Mod
I think she could switch well enough as a daughter of Ares or Zeus or even some minor god or goddess.

Mod
Oh, maybe Mania? Though, would that be to obvious given her DID...

Mod
yeah I would say she would have the horrible case of becoming a mania as Mania (plural: maniae) are spirits personifying insanity, madness, and crazed frenzy. They operate closely with Lyssa, the spirit of mad rage, frenzy and rabies. They are presumed to be daughters of Nyx and are associated with the Erinyes, the three fearsome goddesses of vengeance.

Mod
So. Would it work to have her parentage completely human, she's just crazy enough she's already toeing the line to becoming one?
Or should I just have her mother being a mania when she had Skye? Or I could just have it be Lyssa herself.

Mod
I would rather he be a demigod Lyssa would work much better as mortals only become maniae after death. you could give her some descendant and Legacy if you like to Melinoe as a daughter of Lyssa and legacy of Melinoe one of her abilities could be she turns into a Mania when she experiences the slightest negative emotions.

Mod
Honestly, I don't want her to be tooo powerful xD
Skye feels negative emotions a lot because she's almost always scared, so that would be hard. Besides, there's Audrey, Nicole, and Eve to fall back on lol

Mod
well perhaps becomign a Mania won't make her too powerful, besides if they are not apart of the 12 Olympians or the big three they cna never be too powerful for the fact that minor demigods cna normally go through life normal for the most part without attracting monsters.
being of two very minor goddesses is one thing, but perhaps becomign a Mania is her fatal flaw she beocmes a spirit of insanity when she feels a particular emotion of some sort...idk jsut trying to help brainstorm.

Mod
Can her DID be her fatal flaw?
Eve can be closer to the embodiment of a mania, since out of all of them she's the most like Lyssa. She hates everyone and most of the time takes advantage of her time in control to stab someone. :3 She's fun.

Daughter of Lyssa, Legacy of Melinoe
Lyssa goddess of rage, fury, raging madness, frenzy, and, in animals, of the madness of rabies. The Athenians spelt her name Lytta.
Melinoe goddess of Ghost, The Restless Undead & Dead, bringer of nightmares and madness.

Powers and abilities:
From Melinoe -
Necromancy:
She can call forth endless waves of ghost to fight for her and take possession of the dead.
She can destroy Skeleton Warriors.
She can put the dead to sleep.
She can silence the dead with a gesture.
She can physically grab a ghost.

Ghost Illusion: She can take on the appearance of the dead people in a person's life, using guilt and anger from the person as an ally or as an advantage in battle. She then uses this to destroy them.

From Lyssa/Lytta -
Aura of Furious Insanity - She can inflict upon those around her a rage that becomes a frenzy of madness and can cause her victims to go insane tot he point of kill one another or themselves.

Touch of Rage - Skye can make others grow wrathful towards one another and make them rage for pointless reasons to any number of degrees that she feels necessary through a simple touch.

Stare of Insanity - Don't lock eyes with this beauty because anyone who does is surely able to be grasped by instantaneous insanity.

Rabies Infliction - A nasty draining power as it affects her as well, but only for a short time does it do so. Skye can show the symptoms of rabies and anyone who gets in her way during a battle will show the same symptoms. The only way she can get rid of her own symptoms is if she infects another. Once someone has become infected it is like a virus of madness affecting people almost instantly. The only way to truly be rid of such a curse form this demigod is if she chooses to remove it's affects or becomes too drained to keep it going. Any animal who she dares to touch acquires incurable rabies by default.

From both Melinoe and Lyssa -
Split-Zombie Personalities: Great for Halloween parties. Through the blessing of both goddesses who claim blood-lineage with this demigod a horrible ability comes into play. It is more draining than anything known and can possibly kill the poor girl if not left in control.
Skye can bring forth the spirit of one of her other personalities into another body. To do so she must bite the body that she wishes to transmit the personality into. The being will become a zombie-like creature as they will crave human flesh to simply survive in the body and they can pass themselves on from body-to-body through bites. The body the personality leaves behind is left in a zombie-like state with the hunger for flesh.
As the personalities attempt to move further and further from their original host, Skye, Skye herself becomes weaker. As if the undead walk among us all it will all end if Skye nears death. This isn't exactly a power someone wants to use given it could stir up an apocalypse if Skye stayed close to her personalities. Unfortunately, should this power be used it won't end well for Skye or anyone she is near.

Mod
Awesome! Thanks! Got her updated.

Mod
hello and welcome Isabel hope you enjoy yourself here

Mod
I'm Jacob the head mod and creator of the group.

Mod
Hey! I'm KT, Mod 2 and the one who nags Jacob into remembering to post. :3

Hi! im person. Lol jk. Although i really am a person. Or am i a monster? O.o
Who knows? Lol
Name. Well, i go by many names. Feel free to call me whatever you like from these. Haruhi, Ventus, Syphia, Kitty, and Ana. Any of those names is fine.
Im fif- something. I hope we all get along. :)

Mod
Hello Ana...when you say fif-something do you mean fifty or fifteen...? Either way it is of no importance. This group is rather inactive, pre-warning. I'm Jacob by the way...

Fifteen. Nice to meet ya jacob. If you say this group is inactive, do you know of an active one i could join?