I absolutely love the variety you can get from the paranormal romance genre! Before I became a fan of romance, I was all about fantasy/sci fi. Now I know there can be so much more to a paranormal tale. I love them all but especially love the witch stories. OH! and unusual shifter stories are awesome. What do I mean by unusual? Anything other than wolf or vampire. Yes, I still love them but when the shifter is, let's say a tiger, it frees the author up to use all sorts of different terms and descriptions to maximize the readers reading pleasure. Gotta love that. ~ Kim

I love this category, Kim. :-) Especially if it's Time Travel with the heroine going back in time to, let's say, Scotland (I know, I'm loving the Outlander series on Starz!!). I wish more authors would write paranormal romance. It's so much fun to read. ;-)

Mod
OMG! I have a section on my bookcases just for time travel. My duaghter and I both love them.

Harlequin Books wrote: "OMG! I have a section on my bookcases just for time travel. My duaghter and I both love them."

I can totally relate!! ;) I love me a good time travel romance. Let me know if you have any that you would recommend.

I LOVE paranormal romance, I know I said the same about other sub-genres but hey I'm a romance addict so at least now there's a place here on Goodreads to get my fix!!! ;)

Mod
Off the top of my head, some of my favorite time travel books are The Masters of Time series by Brenda Joyce,

which is a YA but my daughter said it was some quick, light reading and a fun storyline. And, this one,

is couple years old but I still remember I enjoyed it. Oh, and one more that comes to mind is

. I love Christmas books. I know there are more but those are the titles I remember off hand.

Paranormal Romances are usually the first ones I go for. I love werewolf stories (I devoured the Blood Runners series by Rhyannon Byrd), especially as they often have a sense of community.

Just joined the group, I feel kinda silly, I didn't even know they had these. Paranormal romance...Oh man I have a never ending list of great books. If you have a kindle all of Nicky Charlie's books are free, and are great AND more then 100 pages ( I hate reading books with less then 150 pages, I need more!) I'm about to go check out Brenda Joyce's books....what else do you all love? I've got more suggestions if your interested.

I'll have to check out Brenda Joyce's books as well. I'm ashamed to say I've never read anything by her yet.

Mod
Miranda, never be ashamed! There are so many wonderful authors out there that it would be impossible to know which authors have resonated with a wide audience. And then, The Masters of Time is an older series so it wouldn't be featured much in book groups unless you went back into their archives.

As for more time travel recommendations, I KNOW there was one I read within the past few months but I can't think of the title for the life of me and I think my daughter or one of her friends have raided my bookshelves recently because most of my time travels are missing. I think I need to go hunt them down.

Mod
I just finished reading a Carina Press paranormal, Monster in My Closet. It was more light-hearted than a Nocturne so if you've finished your Nocturnes for the month and are looking for something else to read, I suggest checking out Carina Press and seeing if any of them catch your eye.

Mod
Authors, what are you working on? Find any interesting bits of fact while doing research that you'd like to share?

Readers, tell us what you like/dislike with current trends in your favorite genre. What do you want more of? 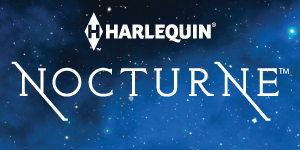 Copyright © 2015 by Harlequin Books S.A.
Arlie Parker has always found solace in music, but when her voice opens a doorway to an unknown world and a dangerously sexy stranger falls through it, Arlie's world is changed forever. Undeniably drawn to Jaice, the enslaved warrior who appears at the whim of a malevolent mistress, Arlie will need to harness her newfound power to free Jaice and save them both from his mistress's wrath… 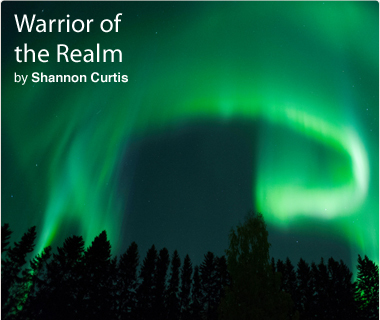 Warrior of the Realm
by Shannon Curtis

All Luke Storm has ever known is the violence of the Chicago streets and the manipulations of the local mafioso. But when an accidental dive into the river transports him to another world, he finds himself embroiled in an ancient tribal war. Joining Balor of the Wicked Eye’s camp is the last thing he wants to do, but he can’t leave their beautiful captive, Nieve, imprisoned and alone.

Nieve won’t agree to Balor’s insulting offer of marriage—especially when she knows that he’ll kill her as soon as she’s provided him a child to unite their tribes. But she won’t abandon her family and risk Balor’s rage. Can Luke, this mysterious warrior from beyond the veil, lay this conflict to rest?

And given the chance, will Luke remain with Nieve? Or will he vanish back to his world, taking her heart with him 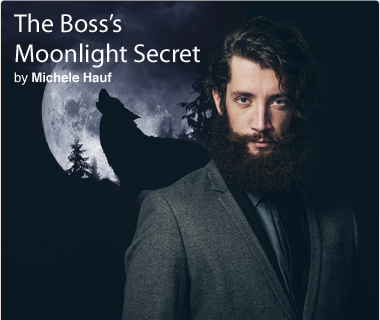 Blaise Bowen isn't sure what's wrong with him. Since the car accident two months ago, he's twice woken to find himself in a neighbor's lawn—naked! So he recruits his personal assistant, Cady Cooper, to keep an eye on him.

After a year of mutual flirtations with her charming yet uptight boss, Cady is all in when he asks her to stay the night and watch him sleepwalk. But when she learns what's really up, she's not sure if she can handle the "wild" in her boss.

Together the two must face the challenge of Blaise remembering who—and what—he is, and the seductive allure of an office romance.

Mod
Is anyone else reading Sharon Ashwood's newest series, Camelot Reborn? I adored the first book and the second is top of the list for books I plan to read this month.