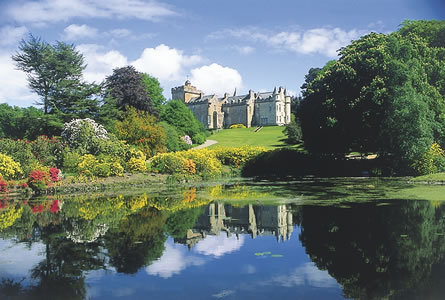 Mod
Nic sat on a bush in the garden by the lake. The pristine water was a still and clear as glass. Birds chirped overhead and the castle loomed over the hill. "Peaceful today, isn't it?" He said aloud.

"It is" Daniel said unconciouss of answering as he was sitting on top of the water channeling with the dead people, with the souls that were entering the underworld that Daniel needed to control in some way, as he was the lordship of it, at least the egyptian one.

Mod
Nic snapped his head to the right. He didn't expect anyone else to be in the lake. "Oh!" He exclaimed and immediately felt embarrassed. "I didn't know anyone was here... thought I was alone, I'm sorry." He sunk slowly into his bush, abashed.

"Don't worry, that things happen!" He said walking in his directing "im Daniel, nice to meet you" He saidsmiling widely

Mod
"Okay... I'm Nicarus." Nic nodded to him. "But call me Nic. Everyone does." He drew a hand lightly through his hair, an old habit. "It's nice to meet you."

"So.. Why are you here?" He asked as he created a plate of water and raised it so he can sit on something and be at the same height than Nic

Mod
"Why am I here... honestly, I don't know. I've been doing some weird things lately. But that seems to be normal around here." Nic shrugged, gesturing to Daniel and shaking off a memory. "You?"

"Helping souls to get to the underworld, just working as one of the Lord of there" he explains as he analyze Nics actitud "why are you so down?" he asks worried, even he didn't know ehy as he just met thus guy

Mod
"Well, I didn't exactly leave my old life on a good note. It was literally crushing. And getting used to my powers is a bit of a struggle," Nic sighed. "I'll get over it eventually."

"What are your powers?" He asked intrigue for Nics life, suddenly... "And what do you mean by old life?"

Mod
"My powers... are that of the soul. I can posses people and control spirits, though I really can't control it now..." Nic tensed at the memory of his experience. "As for my old life... I really wish I didn't have to leave it. I mean, it wasn't the best ever, but... er, a friend made it better."

"I can control souls to! Being the manager of one of the underworlds, I got that power" He told him, willing to help him with the control "it's a hard thing to control..." he told him nodding his head

Mod
"Must be difficult, managing so many... things." Nic said. "I wouldn't mind seeing what you can do."

"Okay, okay, it's been a while that I don't play with my powers but I can try something" he said as he walked away to the center of the lake and stand still for a moment. Then He sat down.
Suddenly the place got darker and a little earthquake began, a sound go dead people start to be heard around and Daniel raised his hands and clap on top of his head, with the move a wave of green and bluish- green things raised from the water and starts swirling around the air, making a great tornado. Daniel put his hand down and touched the surface of the water, he open his eyes and they were of the same color of the souls. While that the should start to get down and crawl in a tornado away on top of Daniel, making a show of colors. Suddenly four souls entered the water and four skull solider appeared around him, the raised there hand at the same time than Daniel and the water raised and started playing with the tornado of souls.
The tornado started expanding and going down, managing to put Daniel at the eyes, the image got blurry from the outside but it was enough to notice that Daniel stand up magically and start spinning around making the water move up with the tornado of souls and making the solders dissapeared. By last the water felt down and the souls dissapeared in the air... Getting Daniel eyes back to normal.

Mod
Nic took a deep breath and held it through the ordeal. Death was, literally, near. Spirits rose and swirled around the lake, with an aurora of blue and green. Watching Daniel was a riveting experience; Nic felt both fear and excitement. When the air brightened to normal and Daniel stood, he exhaled. "I never thought that Death would be so... enchanting. In a dark sort of way." He said quietly.

When Daniel recovered for the waste of energy he reopen his eyes again and stand up, he was smiling widely as he though he gave done a beautiful work showing his powers, thing that he was not used to do. He walk to nuclear smiling and use his hand to put his hair back into normal. "Okay..." He said getting back to nic "be honest... What do you think?" He asked him very intrigue

Mod
Nic sighed and looked at Daniel with a look of slight curiosity, as if studying a foreign element. "It was... frightening. Very frightening, but in an extraordinary way. I've never seen anything like it before." Nic said slowly. "I didn't expect for Death to be so powerful yet soft."

Daniel blushed a bit, he didn't expect comments like that, he thought it was good. But not THAT good. He kept seeing nic not founding the words to answer something "I guess you can see death from a lot points of view... For me is more than just people dying, it's beautiful if you make it beautiful." He said not wishing to sound like a necrophilic or a dead lover or a satanic person or nothing like that, he was just giving his opinion

Mod
Daniel wrote: "Daniel blushed a bit, he didn't expect comments like that, he thought it was good. But not THAT good. He kept seeing nic not founding the words to answer something "I guess you can see death from a..."

"I completely agree with you. I wish more people would be more... well, accepting of death. The world needs it, whether they need or not." Nic sighed. "It's not always pretty, though."