Awesome, thanks. So what type of supernatural creature do you want my character to be? Do you have any types that you definitely do NOT want?

Also, how detailed are we making our characters?

Mmm.....I mean more or less any species is open, so long as they are one that could potentially have humanoid intelligence (so like, no zombies, or slimes or something ya know?) So um...stuff like dragons, werewolves, vampires, fae, etc.

And I'm fine with basic.


and we can add a few personality traits if you'd like.

Got it, that's not a problem. Also, do you have a preference as to who is the boy or girl?

Is your character a supernatural as well? If so, what type?

I have two other questions. Is the slave trade supposed to be for humans or supernatural creatures? Also, do all slaves wear collars, or just supernaturals that are caught by hunters?

Oh right- I prefer realistic pictures, but if you prefer anime pictures, that is okay.

Mmm...it doesn't matter. I mean they could both be boys or both be girls. Its all good. I do want to make a male though.

The supernaturals are not known except by Hunters. There are a few Supernatural who rank up high above anyone else and they generally are the ones who have the most human slaves.

Other than the high ranking Supernatural who are 'allowed' to be around humans (mostly because those are ones who do not harm humans to survive so no vamps are high ranking) the others get hunted by the Hunters. Hunters when they catch Supernatural generally kill them though not necessarily where they find them as they want to do it 'properly'

And for the collars it depends on who owns the slaves. Some people like to mark the slaves as theirs so if they're out and about, others know who they belong to. this could range from collars to clothes to markings branded into their skin.

Thank you for the explanation! That helped clear my confusion. :)

I have one last question and then I'll be ready to post my character haha. How old do you want the characters to be?

^_^ I'm happy to help, asking questions before rping the plot is a big yes for me so never be afraid to ask them lol


and for the age, well for the slave it can be 18+ but I'm figuring for my charrie he'll be around 20-23ish or something along those lines, unless I make him a young master who inherited his parents mansion or something

Okay, sounds good. I always want to make sure that there are no misconceptions, but I feel bad for asking so many questions haha.

I will make my character 19, so that there is an age gap between the two characters. I like having a gap between 2-4 years, so that sounds perfect.

I am currently debating between making my character an Earth Elemental and a Werewolf. (Two totally different supernaturals, I know. :P) Do you have a preference?

Also, here is the picture that I will be using: 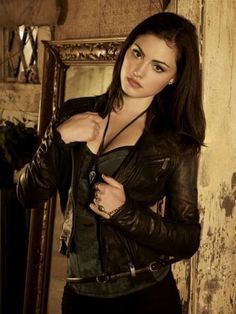 I haven't decided if I'm going to make him like 20-23 or maybe around 16-17. There's two ideas I could use so its a matter of which one I should pick.

Whatever you want to do is fine with me. And okay, I'll make my character now then. :)

Name: Alyssandra Valerie Croix
Nickname: Ever since she's been enslaved, she goes by Aly or whatever name her master 'tries' to give her
Age: 19 years old
Gender:Female
Species:Werewolf
Appearance:

Personality:
Aly is extremely stubborn and disobedient. Since she grew up with her pack, she is used to freedom, not being enslaved. Being as such, she doesn't ever listen to her masters, even though she knows that she will be punished. And she certainly has been punished, so that doesn't even bother her as much as it probably should. She is very reckless and fearless- she isn't afraid to do anything, no matter what the consequences. Deep down inside of her, she is still extremely loyal to her pack, but at this point, her pack is gone and there is no way for her to communicate with them.
She hates the fact that she can't shift into her wolf form, and she cannot communicate with her inner wolf. It drives her absolutely crazy, and makes her often do impulsive things. She constantly needs to be doing something, which generally means causing trouble.
History:
When Aly was young, she grew up with her pack, constantly on the run from Supernatural creatures. They would occasionally try to blend in with humans, but for the most part, tried to stay by themselves. One day, one of her pack members betrayed the entire pack, and they all were captured by Supernatural Hunters. Aly managed to escape, but was then sent into the slave trade, where she has been ever since. She has been moved from master to master, seeing as she is not obedient and doesn't want to be forced into doing anything. Sure, she has gotten into trouble for it, but she could care less. Her freedom is the most important thing.

((Not sure if you saw this or not, but I posted my character. Let me know if you need anything changed and/or more details.))

I saw, I'm just not sure about my own character so I havent posted yet

That's absolutely fine! Take your time. :)
I just know that threads can sometimes get lost in notifications, so I wanted to make sure you saw that I had posted.

^_^ mkay thank you for making sure~