22 views
Create Your Own Homestuck OC.

Age (please be specific with the system of time):

Weapon (Note the resources used to create it):

Captchalog genre (feel free to forge your own system):

-If you are in a creative demeanour, feel free to link a photo of you character (draw it with pencil or you may digitally create it).

Age (please be specific with the system of time): 16 years old

Weapon (Note the resources used to create it): Gladius sword with quarter of it's tip broken off. That was caused by an accadental mixture of my Gladius word and a broken vase.

Captchalog genre (feel free to forge your own system): Cog-Kind (a circle of cards moving clock wise. When obtaining an Item you must place it in an empty slot on the right of the circle, if you do not do so, the original object in the card will propel out being replaced by the item you have picked up).

Background story: Arthur has a kid was bullied quite a bit for his ADHD that he soon figured out how to control. He soon developed an obsession for science. As scientific as he was he did believe the concept of magic and ghosts. Arthur soon started to develop extreme intelligence making school pretty easy for him, he still made mistakes time and again. After Arthurs 13th birthday he started to become antisocial only speaking to his friends and family. He only spoke when he felt conferrable or if it was necessary.
Interests:

Personality Traits: Arthur Zealot is a quite individual, always staying quiet unless it is necessary to speak. He will go along with a plan, but tends to create little sections of his own. Arthur is extremely witty and intelligent and he uses that attribute as a defence for himself and his friends. He also has a tendency of rarely sleeping. Arthur tends to doubt himself quite a bit causing him to act in such a coy demeanour. Arthur has a very high vocabulary and it tends to irritate Hector and Jordan. He enjoys drawing and watching documentaries.

Age (please be specific with the system of time): 17 (in human years)

Planet: to be made

Strife-Specidus: (hehe oops I never thought about that)

Weapon (Note the resources used to create it): Her wig can turn into spines witch then can be shot out and her wig hair grows back

Captchalog genre (feel free to forge your own system):

Description of appearance: has a long, flowy black wig, grey skin, she is short with violet eyes, she wears a sky blue tank top, a blue with white stars pair of shorts, and brown sandals.

Background story: She is a survivor of breast cancer and it keeps coming back but she keeps fighting it, her family abandoned her not knowing what else to do to help her.

Interests: loves astronomy, and her matesprit

Personality Traits: she is a shy person who hardly ever lets people in because she is afraid to tell them that she has cancer and doesn't want anyone grieving over her when she dies 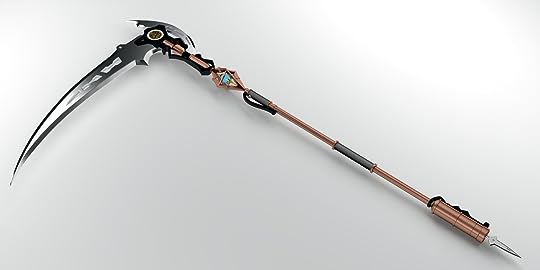 Appearance: Wears grey sweat pants with big white blots, has a black and a white shoe, wears a shirt showing a skull with beady red eyes and a Cairo Overcoat, without the blinking colors, has a few white streaks in his dyed black hair as well as glasses, with one lens blue and one red

Background: After being bullied into homeschool, Remy spent most of his time on MSPaintAdventures, and holy shit did this just get meta. Anyways, Remy loved the story, he made a few fan stories himself. He was amazed at the world of Homestuck, Hell he LOVED it. He knew every typing quirk, just about every chumhandle, and every specibus. He loved pretending being in the world, he thought of just about everything, he had his co-players, his specibus, plus a real weapon (which he bought at comic-con) the only problem was, well, he couldnt live the life of John, Rose, Dave, and Jade. Sburb wasnt real, Trolls werent real, Ectobiology wasnt real, neither were Fetch Modi or Specibi. That is, until he came across a bootlegged sburb game. It was dark at this time at Remy was practically asleep, he downloaded it not knowing it was the actual thing. He fights now, as you are reading this.

Personality: He loathes bullies, he loves his friends, though in like a friendly way, and hates chores