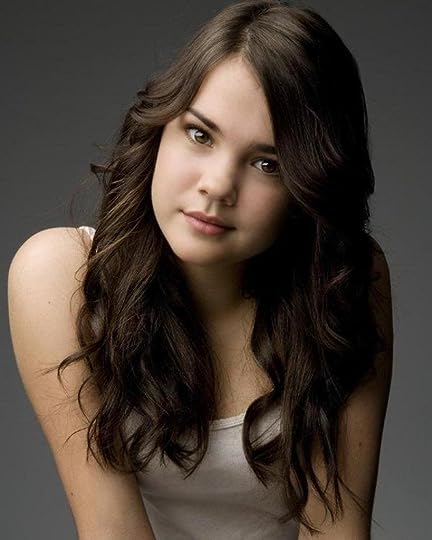 Personality: Azalea is an avid reader. She loves architecture at heart, and is quick to make inferences, internally. Despite this, she is fair and listens to everyone before making a judgment. Usually trusts instincts on things that can’t be solved using knowledge. She is very down to earth, and is strongly against sexism. She is intelligent though she doesn't flaunt it. If nervous she will start talking incessantly. Is naturally sweet and fun. She is calm, reserved, and relaxed on the outside. She is sassy, and sometimes blatant.

History: Azalea was born to Hunter and Janelle Chase. They wanted a daughter and were exhilarated when they found out it was a girl. They celebrated with friends and family. But when it became time for Azalea to be born, an accident occurred. The decision had to be made. Save the child or the mother, because both couldn't be saved. Janelle, despite her husbands protests chose to save the child. She made him promise to love the child, and raise her well. A few hours later, Azalea came out, her mother letting her last breath after seeing her for once. Hunter, Azalea's father, raised Azalea lovingly. He spoiled her with books and music and whatever she wanted. He took her to the library and instilled in her a love for reading. He had work, but made sure he spent time with his little girl. Azalea was an obedient child to her father, who didnt set very many rules for her, but a rebel in her society. She did little things, like getting tattoos, wearing out of uniform clothes. The officials excused her though, as she always did something to make up for it. She dreamed of being in Dauntless, like her father and mother had once been in. Her father fully supported her decision.

Weakness:
--> ill talk about her family
--> hurting little kids
--> saving everyone she thinks has good
--> bad with gun
--> easily intimidated

Desired Faction: Dauntless
Aptitude Test Results: Abnegation
Faction chosen at Ceremony: TBA
Divergent: Yes
Other: Azalea has a quirk of quoting books randomly. She also prefers wearing dark clothes, skirts, high-lows, things that flair a little. Singing is something she does when no one is around.

Ok the thing about the dagger and secretly being trained wouldn't be possible because of security cameras and stuff. So the dagger had to go and stuff.

The fears likes dislikes, etc need 5 each. No more no less

Wait nevermind, you need a real person for the image, not a drawing