Hey, so what should the plot be?

How about bad girl ghoul and a good girl human?

Ghoul
/ɡuːl/
noun
1. An evil spirit or phantom, especially one supposed to rob graves and feed on dead bodies.

A ghoul is a creature that is supposedly evil and eats humans alive. However, if you are willing, your character can play one that refuses to eat may character because she has fallen in love with her. Eventually they can get together.

Kk, have you ever done a detailed rp before?

Shall we create our characters then?
(This was a fxf rp, yes?)

By template do you mean character profiles?

Then whatever you're up to. 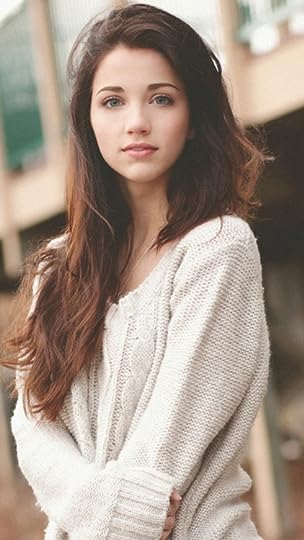 {Personality:}
Lydia is a stereotypical good girl, she is a straight A student (She isn't a straight A+ student unfortunately). She always tries her hardest in her subjects but she can be very stubborn and get very mad when she loses her temper. Sometimes, when she gets very mad she cries because she can't handle the overwhelming emotions. She is a kind girl and likes to learn and always tries to excel academically, if by trying out clubs - chess club or poetry club, mind you. She isn't a loud person, and speaks softly.

She can be naive and innocent at times, and can be quite shy too. She hardly swears -mainly because she knows very few cuss words except the obvious- and she likes to stay alone and read for the majority of the day. She also likes to be wanted - for example, if she is alone, she wouldn't mind someone pestering her to join them for the cause may be - she know's it's selfish to be wanted and not to want back, but after all; she is human. 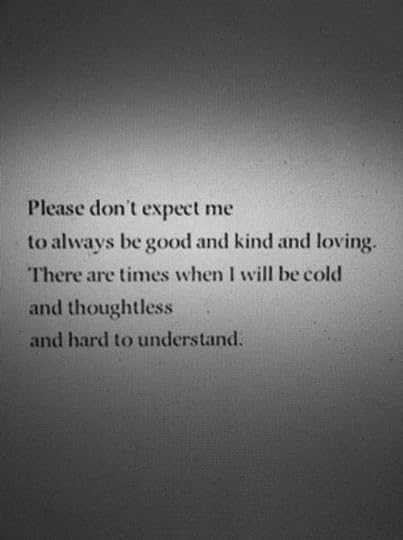 {History:}
She lives on her own, mostly on money from the council as both her mum and dad are dead. They died in a tragic car accident that left Lydia an orphan. She was passed from relative to relative (she only had 4) but none wanted children so she was made to live in a flat by herself, paid for by the council. She still had to go to school and live, so she had to get benefits. Lydia loved both of her parents dearly and equally and sometimes she wonders why the worst things happen to the best people.

{Hobbies:}
Lydia likes to cook and has enrolled in a cooking class. She studies home economics at university and hopes to become a chef to own her own restaraunt one day.

Do I have to be that long?

The character profile I made was hardly long, just make yours how you normally do.

I will be updating g it as I go because of how many rps I have going on..

Name: Bella Freyair.
Age: 21
Nationality: British and Italian.
Personality: acts sweet on the outside but is really cruel.
Species: Ghoul
Appearance: Emma stone
History: died at that age. Luckily got blessed by the king of the dead and can keep her skin and beauty.
Hobbies: knitting, hitting on girls. She always enjoys a good and sexy babe.

What's the species of your character? Is she a ghoul?

Okay dokey, would you like to start, or do you want me to?

Lydia was sitting in class, reading her book that she had just recently bought; The Life of Pi. She heard it was to be an exquisite book and was highly excited to read it. She was currently waiting for her teacher, Mrs Kincaid to enter the classroom for her maths lesson that was meant to start 10 minutes again. Lydia was alone because she didn't have many friends, and she definitely had none in this class as even though she was in the smartest set, everyone else was a snob and full of themself. They were all equally smart but people thought they were better than her. She was sitting near an open window and licked her finger, turning the page to continue the story. She sighed, she really did want a high grade in this class, but if the bloody teacher wouldn't show up in another 5 minutes then she might as well leave and study in the library where it was nice and quiet without morons. She looked at her watch, the lesson started at 9:35 but it was currently 9:46. She'd give it to 9:55 she decided.

((Is that really long for you? Seriously? I had to limit what I had to put by a vast majority. Listen, let's not continue this rp. Honestly, as well as it seeming as it won't go well; it doesn't even appear as if we get along.))