Sometime in the 1980s, or maybe the early 1990s, there was a strange novel that involved some college students who killed a professor and ate his brain (sucking it up through a straw after using an immersion blender, if I recall correctly). I think the protagonist student later had some conversations with the professor-in-his-brain, but I'm not sure.

(Brought to mind, for better or worse, due to a Facebook discussion that brought up this book:) 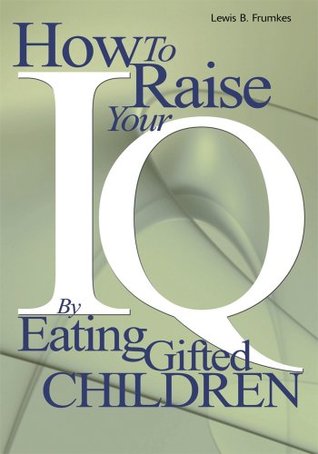 Mod
Richard, are you still looking for this or did you find it?

I'm a little surprised — usually someone in the "What's The Name of That Book???" group knows this kinda stuff instantly.

It's hard to search for this kinda thing — the search terms I used for Google ended up with results all across creation.

Mod
New members and people who have only now seen this thread may recognize your book, so don't give up yet.

Are you still looking for this? Was it horrific in tone, or more comedic? I'm curious about what this is.

I'd be curious, but I'm not actively looking.

Definitely more humorous. Vaguely in the world of gonzo writing (as if Hunter S. Thompson had written it, kinda).

I coulda sworn it was "Kalifornia" or something like that, but that didn't help back when I was actively searching.