Yeah that'd be great thanks.

The first idea was based off on a short story called "The Raven Girls" from Grim, and is a mix between the Twelve Dancing Princesses and Fae folklore or something, I'm not sure. But it is a modern story in which a group of University students go to this club in the supernatural realm and are allowed to have fun or something- as long as they don't stay passed curfew or bring an item from another realm.

The second idea is based off on a post I saw online about an immortal and a time traveler. It was not very detailed, but it had something to do with them being enemies(at first), but as time went on, the immortal was the only person the time traveler could count on to keep them updated with what was going in between their traveling.

The third rp is based off on an old rp- about a Bisexual Queen/Wealthy woman who had an affair with their maid or something. I don't really remember what went on there but I remember thinking it was a pretty cool idea for a younger me lol.

The fourth idea is based off on The Darkest Part of the Forest by Holly Black- a tale about twin siblings that idolized an elf prince that was stuck in some magical coma, until one day the prince is mysteriously released. It has more plot than that (obviously) but because it is a book I haven't read in a while, I would really enjoy if we made our own version of it :)

I think I might have read the first one actually lol. I'd be up for pretty much any of these. I don't know much about the last one though.

that's fine haha. So the first one, then?

great :). I just have three questions we set to making characters haha

1. I'm good with whatever, I'd have to brush up on the story because I only vaguely remember reading it years ago.
2. we can do that if you like.
3. I usually match whoever I'm writing with which could mean four paragraphs or four lines lol.

I'm fine with just 1, but I suppose we can change that later

Lmaooo, same I think. Wait, maybe not. How old was I even? Oh damn, maybe not that young, granted I was a creepy kid kinda so maybe I did read it then. Lol idk. It was just a while ago and combined with my shitty memory it's a recipe for disaster.

I was likely ten? lol. Totally very adult of me haha

yeah lol. so do we make characters? Just age, name and fc?

Oml wait so then we're the same age I think.

Hmm yeah that works for me.

Question: What time zone are you in? I'm in Central European Summer Time I guess. Idk. I live on a military base in Germany. I had to look it up lol.

how old are you lol

I live in California, US haha. Pacific Time Zone

Oml I'm like nine hours ahead of you lol.

when is your birthday haha

are you from Germany or did you, like, move there?

I mean I've got German in my blood but I was born and lived most of my life in the US aside from a brief spell in Italy when I was really little. We're military so this was just another duty station.

Oh, that's pretty cool. I was born in Mexico but we moved to California when I was... one, I believe.

Lol, I got you by a month. Are you a Pisces then?

Oh wow. That's cool. Have you ever been back to visit or anything?

No, an Aries haha

No, not really haha.

Oh so you're later in March then.

Aww, have you been outside of the country other than that?

i havent had the opportunity to lol. and when I did, the whole pandemic happened sooo

Oh wow look at you lol.

it does haha. But now I work so it isnt so bad lol

Oh yeah, work does take up a lot of time, energy and attention.

but it's okay as long as I'm, like, earning my money haha.

okay, so do you want to post your character first? 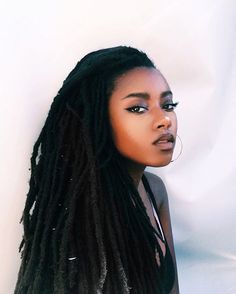 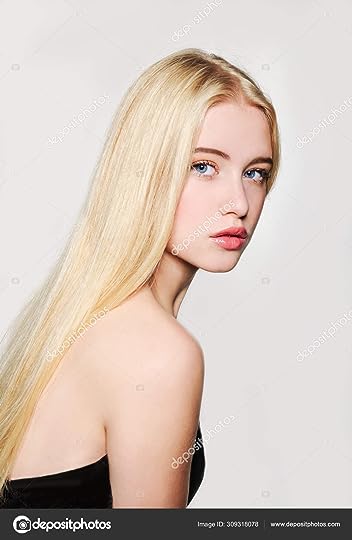 I cant find an image of her without the words haha. sorry

It’s chill. I love her. Do you wanna start us off then?

Katherine couldn't help but to look at her phone as she and her group of friends walked through the halls of the University, pretending she didn't notice the stares of people around them as they walked towards the main office. Or their not so quiet whispers, which she still wasn't very used to yet, despite this being her second year there.
Normally, she'd find herself smiling and waving at a few of them in an obnoxious manner, to which they'd usually freak out over- as if she were some kind of freaking celebrity rather than a student, just like them. But the raven tattoo between her breast and collarbone made her some kind of celebrity to the school, she supposed.

Diem was horribly bored walking through the halls towards her class until she heard the tell tale whispers. Sure enough, when she looked up they were there. Mysterious as ever. Also really hot but Diem wouldn't admit that. She stalled a little while watching them and just kind of admired as they practically floated down the hall. It was like they were on a cloud, completely untouchable.
Once they passed Diem had to snap herself out of whatever trance she had found herself in before she was late to her class. She couldn't help another glance back at them before rushing off.

((So I'm assuming we're not doing it from the beginning of the story? haha. Like, from them asking Diem into the club))

((Oooh we can if you want. I don’t remember it very well I just remember reading it.))

((Yeah, I think they ask her in Haha. I feel like it would be better like that, so that maybe Diem is awed or whatever at first? lol))

((Sure, are they like, going to approach her? Is she the reason they're going to the main office?))

Katherine, of course, was the first one of the lot to enter the main office. She was also the one to stand and sit in the middle of their group in whatever even or occasion, or the first to speak at anything. It was exhausting.
Even more so when the receptionist- Ms.Truffel- treated her no better than the ogling students outside, even if she had no idea as to why the girls rarely attended class but never failed to recieve straight A's. Or why she was ordered to hand in every file of a new student who fit in the curriculum- female, pretty and new. "Diem Rune West was just recently admitted into the University." She offered, trying not to seem so eager for some kind of approval. "Today is her first day."

But Katherine only breezed through the file before she looked back at Ms. Truffle. "Who is she dorming with?" She asked, since she didn't really remember where the room was located- much less who was in it already.

"Amanda Greenwald." Mrs. Truffle replied, giving a small and annoying laugh as if she and Katherine were best of friends. "She's in your grade, I believe. Would you like a file on her as well?"

"No, I'm fine... thank you." She said, closing the file before handing it back to her and heading towards the exit on the other side of the office. "Tell McKinley that we'll be going to the mall today, and that we'll need the gates to be open until eight. Maybe." She added over her shoulder before she and her friends were just walked out. Ms. Truffle had no idea why these girls had so many privileges and advantages, but she found herself wishing she'd been like that too. Maybe then she'd be some successful buisness woman rather than a simple receptionist.

Diem sat through class, refocused now that the girls were gone. She still wasn't sure who they were or why they were so entrancing but she couldn't help but watch them as they walked or did, well, practically anything. She'd seen them on campus since she'd moved into her dorm and they just seemed so mystic. Once class was over she went back to her dorm. She didn't have another one for a few hours. Diem had finished her unpacking but wanted to organize her books so that's what she focused on doing. It was a great way to pass her time given there were so many. She made sure to set an alarm as well in case she got a bit lost in her books. She didn't want to miss her next class.

((Yeah, I just wanted to get it over with and I realized I wasn't sure if you'd want to do it haha))

"Hey." Amanda said after opening the door to her dorm room and finding her new roommate there. She was so used to being the only one there, which was why she was a little surprised to see her. She'd get used to it, she supposed. "How is your first day going?"

Diem flinched when the door opened, she hadn't seen her roommate so much just yet mainly because it was her first day. She'd surprised her a bit.
"Oh hi there." She said softly. Diem smiled a little. "It's been okay. Seems like how college is supposed to be. What about you? Is your day going well?" She asked.

"Eh." She shrugged, going over to lay down on her bed. "Just the normal stuff, you know? Lectures, notes... random quizzes. The usual." She said, turning her head to look over at her. "Can't exactly complain when I signed up to it."

Diem laughed softly and nodded, "Sounds about right." She said, shelving a few more books. She looked over at Amanda and thought for a moment.
"Who're those girls? The ones who walk around and look... I dunno, kinda magical? The one's kinda tall, blonde." She said. She was curious now.

"You mean the Raven Girls?" She asked, sitting up and laughing a little. "I didn't think you'd notice them until later, but... I'm not really surprised." She said, then tilted her head as she considered a way to say it. "They're, like... some elite club in the school, I guess. They're treated like Goddesses, and everyone wants to joking their club."