Hello! :)
How are you?
(view spoiler)[ Just the idea reposted. :)
Werewolf Orphan girl:

Teenage girl, is found in the forest. She is in ratty clothes, and looks like sheРђЎs never taken a shower before, smells like it to. With great difficulty they were able to append her. She fought and clawed at them, even growled. Later one of the guys will say that her eyes turned yellow and that her teeth were kaniny. No one will believe him though. Since the girl was only sixteen and with out parents, she was sent into the system. At the orphanage she meets a guy. She doesnРђЎt really trust him or anyone for that matter, but he tries to help her get used to more humanly things. Or something like that at least. (hide spoiler)]
Anything you want to specify before we start?

I like three sentence being the minimum, though I would also like it to be more detailed then that. So pretty much as detailed as you can manage really.
I would say that she's just arriving.

Again as detailed as you want. I'm really not picky about characters at all. Though if I was being honest I'd rather the picture not be anime, but ti can be.
I have:
Name:
Gender:
Age:
Appearance:
Personality:
Other:
Though, if you just want to go by that. 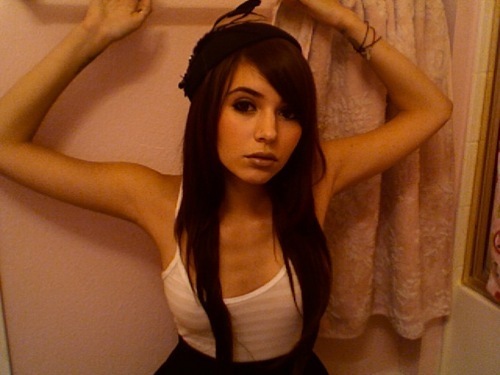 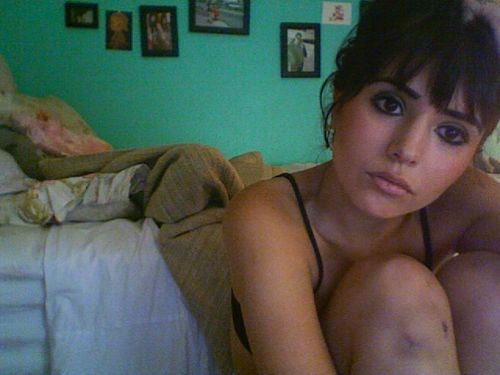 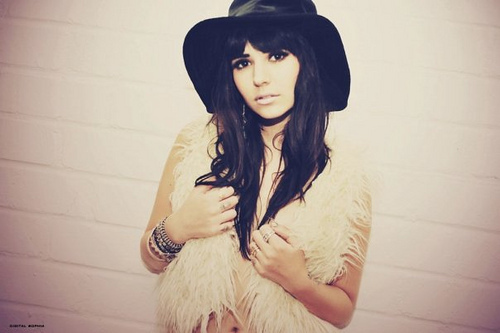 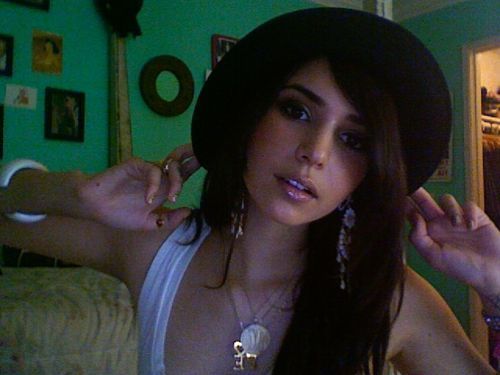 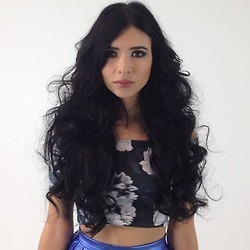 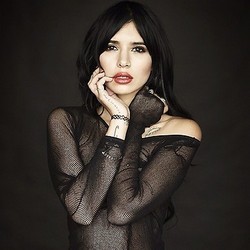 (hide spoiler)]
Personality: Shado is a head strong, or as some like to call it stubborn, and caring women. She doesnРђЎt give up easily and she usually gets what she wants. Though sheРђЎs not spoiled. She makes sarcastic jokes to hide her true feelings and just loves joking around in general. She really not the serious type, but can be very serious when she needs to be. She has trust issues. She doesnРђЎt trust anyone, especially in this new world that she doesnРђЎt understand.
Other: She has a necklace that has been in her family for years and she never takes it off. Her mother gave it to her before she died. 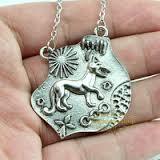 Shado sat in the back of some black car, a device that scared her to no end. She's never seen anything like it, and she would rather not have seen it at all. The Social worker, Jane, and some big guy, Sean, that sat in the back with her, didn't seem to care how scared she was though. She was sitting with her knees pulled up to her chest and her hood over her head, her whole body practically shaking with fear. She just wanted to go back home, and no one seemed to understand that. Why wouldn't they just let her go home?

After what seemed like a life time in the car they finally pulled to a stop in front of some building. Shado took this as her chance to escape, she opened the door and jumped and and tried running for it but Sean grabbed her before she even got past the car door. She struggled against his hold wanting nothing more then to be free but his grip was tight and unrelenting. Shado finally just gave up, gave up on ever going home and let him drag her towards the building.

Shado had been cleaned up before being taken to the orphanage. They made her shower and comb her hair out, which was long and slightly curly. While shower may be a newer concept to her, well the way they did it anyway, she did understand combing hair. She was also now wearing some dark blue jeans a purple blouse and a comfortable hoodie. For reasons she didn't understand, they threw out the clothes she had been wearing and just gave her knew one. Ones that smelled weird.

Sean knocked on the front door of the orphanage, while Jane strode up behind him. She had grabbed Shado's bag of clothes from the trunk since Shado seemed to have no interest in keeping track of them. Jane waited patiently behind Sean and watched Shado carefully, this one was sort of unruly. Really couldn't trust her not to run away.

((Yeah, a couple hunters found her in the woods already and brought her in. Now she's going to the orphanage, and into a world she knows nothing about.))

Jane smiled kindly, "Where's Angela?" she asked talking about the headmaster of the orphanage, and gently stepped inside, causally making him move out of the way. "This is Shado, and she's going to be staying here" she said, and then motioned for Sean to bring Shado in.

Shado looked around a moment when Sean gently dragged her into the house. Then she suddenly jerking her arm free from his grasp and elbowed him hard in the stomach before running out the door.

Sean gasped and buckled over before cursing under his breathe. He ran out the door after her and before Shado could actually get up enough speed to out run him he grabbed her gently and pulled her to a stop. Then he tried bringing her back inside, but she just struggled trying to get away.

Jane sighed and walked over to Tyson, "Tell Angela that you'll have to watch her closely. She's tried to escape each chance she got since she was found. I don't think she really understands that we just want to help. Here, just give her this, it will help" she said and handed over some more information.

Sean dragged Shado back into the house, she was still struggling and was sort of growling now. "Let me go." she yelled and tried jerking out of his arms again, but he had the upper hand. Since he was holding her up off the ground at the moment. That didn't didn't stop her from kicking out and trying to elbow him again though.

Jane looked over at Shado, "Don't worry, she seems to know when she's lost and just calms down. Only to try and escape a few minutes later" she said and looked over at Tyson, "Make sure Angela get's that." she said, meaning the folder she just handed him. "Actually can you just go and get her right now. I'd like to speak with her." she said and took the folder back, deciding she didn't trust him with it.

After a moment Shado calmed down, realizing that the man holding her was the alpha of this group, that he was in control. So she stopped struggling and just went still in his arms. As soon as she did he put her down and let her go, well sort of anyway. He still held onto her arm. He brought her back into the house and closed the door behind him.

Jane sighed "I didn't mean you, I meant the staff" she said and walked around him to go to the kitchen. "Hey Angela" she said with a smile and walked over to her. Then she told her everything she needed to know and handed her Shado's file. She explained that Shado was a slight risk and that she would have to keep a close eye on her. She also said that if it's necessary that doctor said to use sedatives.


Shado glared up at Sean and again pulled her arm out of his grasp, though this time she didn't run. She just stepped away from him. She hated him, she hated Jane, she hated everyone. She looked around the place and decided it was to bright, what was with all the brightness in these places anyway. The sun was a much better light source.

Shado's eyes finally landed in the guy that opened the door. She eyed his appreciatively, seemingly sizing him up. Like she was deciding how strong he was and how high up in hierarchy he was. He was okay, though she doubted he would be an alpha. She eyed him for a while before walking around him and starting to walk around, the small hallway, like she was studying it. Like it was all new to her, because it was. She heard him talk to her a moment later and rolled her eyes when eh told her to take care of herself. That's what she wanted to do, but that was hard to do in this place. Whatever the hell this place was.

Shado watched him go over and sit down on something, she recently learned was a couch. She frowned slightly and decided that she'd just stand. It wasn't like she planned on staying here long anyway. Once she had a chance she was out of her and she'd never be seen again. She turned back towards the boy when he spoke again. She almost didn't answer, but decided that she might as well. "Shado" she said and then walked away from him to do more exploring.
((It's fine.))

Alena really didn't like being close to this guy so she stood as far away from him as the hallway would allow. She barely even listened as he spoke because she honestly didn't care. She wouldn't be here very long anyway, no point in talking to anyone. Not that she thought she would get attached to this particular human. He was very unpleasant and she kind of wished that he would just leave her alone.

Shado slowly walked down the hallway and into the kitchen. She heard Jane and some lady talking but she didnРђЎt pay attention to them. Her eyes were fixed on the strange bowl like thing with something boiling in it. How did they get it to do that without fire, she wondered absentmindedly before shaking her head and deciding she didnРђЎt want to know.

Sean walked past them and into the kitchen. He stood next to Jane and told her that it was time to go. They had other kids to pick up and such. They already spent too much time here as it was. And with how many times Shado tried to jump out of the car it took even longer to get here.

Shado made her way into the dining room and just investigated the house she already hated. After a few minutes she heard something upstairs and tensed, how many humans lived here she wondered, hoping that the answer was few. She so far didnРђЎt like any of the humans she met.

Shado sighed when she noticed that the human was still watching her, no following her. She turned around and looked at him her eyes narrowing slightly, "You don't have to follow me you know" she said curtly and turned around walking away from him once again. Right now though she made her way over to the living room and over to the couches. She ran her hand over it for a moment before actually sitting down. It was more comfortable then the ones she sat on before, but she still didn't like it. Not even a little bit.
((Sorry it's short. They don't all need to be long))