Mod
A Test of Courage excerpt
“Hey, stop her!”

The sense of calm shattered and Vernestra opened her eyes to see a maintenance droid chasing a small, dark-skinned human girl riding a scoot speeder built of odds and ends. The girl’s hair framed her face in a halo of riotous curls, and she held a brightly shining power crystal in a single gloved hand. The expression of joyous triumph on her face was one that Vernestra knew all too well.

Avon had not yet seen Vernestra, and the Jedi used that to her advantage. Vernestra raised her hands, palms ﬂat toward Avon, and pushed with the Force. The girl went ﬂying backward off of her homemade contraption, but instead of letting her fall hard onto the deck, Vernestra kept Avon suspended in the air while the vehicle froze in the middle of the docking bay.

“Avon,” Vernestra said sweetly. “What is going on?”

Avon twisted around in midair, her happy expression souring when she spied Vernestra. “Ugh, I thought you were already on the ship.”

“No, I decided to take one last walk through the outpost before we left. I can see I am not the only one. What did you do?”

“Nothing! I didn’t do anything. By the stars, I don’t know why you always think everything is my fault, Vern.”

Vernestra gritted her teeth against the terrible nickname. Master Douglas Sunvale called her that, and while she was not about to correct a Jedi Master, she had no such qualms about correcting a girl younger than her. “Please don’t call me that.” She released her hold on the Force and let Avon fall to the ground, which was not all that far. The scoot speeder, which Avon had no doubt built from taken materials left unattended around the port, crashed into a nearby stack of shipping crates.

“You are the worst,” Avon groaned, splaying her limbs out dramatically on the ground.

“It wasn’t that far,” Vernestra said, even though it had been a bit mean to let the girl fall.

“I will take that,” the maintenance droid said, plucking the crystal from Avon’s gloved hand before stomping back the way it had come. Vernestra walked over to Avon and offered her a hand up, but the younger girl just glared at her and picked herself up on her own.

“One day, when I am the galaxy’s foremost inventor, I am going to create a device that blocks the Force,” Avon said. “And then let’s see how you like that.”

Vernestra laughed. “Avon, we’ve discussed this. The Force is all around and inside of us, as well. It isn’t like your power crystals. It’s impossible to block the Force. Also, why did you take that droid’s energy crystal?”

Avon huffed. “It’s for an experiment, and it’s not like I’m going to tell you, Jedi. I know you’ll ﬁnd a way to ruin it somehow. Besides, can’t you just read my mind?” The girl crossed her arms and Vernestra sighed. She and Avon always butted heads. It wasn’t because Vernestra didn’t like the young girl. Quite the opposite—she found Avon’s many inventions and theories to be endlessly fascinating. But Avon did not like to be told no, and she had ended up in Port Haileap precisely for that reason. Her mother, Senator Ghirra Starros, had sent her there, hoping that some time spent on the edge of space would make Avon more appreciative of her life on Coruscant. All it had done was make Avon more determined to do as she pleased, which was usually inventing machines from bits of other things.

There was no real reason for Avon to accompany the delegation to Starlight and then back to Coruscant; her mother hadn’t sent for her and she had no official role on the journey, but Master Douglas, the marshal of the outpost, had asked to have Avon accompany them speciﬁcally because the Dalnan ambassador’s son was twelve, as well. He was hoping that the two would become friends and soften the Dalnans’ view of the Republic.

Vernestra was hoping so, too. Mostly because Avon needed a friend.

“Mistress Avon! You are late. If you do not get on board that ship this instant I will uncouple your linking hoses and then let’s see how well your scoot speeder runs.”

A pinkish-gold droid as tall as Vernestra stomped over to where they stood. J-6, Avon’s protocol droid, was half warden, half nanny, all attitude. She spoke like no protocol droid Vernestra had ever met, and she suspected that Avon had something of a hand in that.

Avon sighed heavily and pushed her unruly hair out of her face before walking over to her scoot speeder and righting it to climb on. “Well, looks like the jig is up. I got it, Jay-Six, no sabotage necessary. You coming, Vern? You don’t want to be late.”

Vernestra smiled and nodded. She was excited to see Starlight Beacon, even if it meant she would have to work extra hard to keep Avon out of trouble. “Let’s go.”

As they walked toward the boarding ramp for the Steady Wing, Vernestra stumbled and gasped. Avon gave her a sidelong glance. “Everything okay?”

Vernestra put a hand to her chest and looked over to where an Aqualish mechanic was tinkering with an access panel near the boarding ramp. He stared back at Vernestra with three unblinking eyes. His lower right eye was missing, and blue-tinted scar tissue occupied the space instead. There was nothing else about him that was remarkable; he wore the same orange coveralls as every other member of the docking station’s maintenance crew.

“I’m ﬁne,” Vernestra said, ﬁnally, in answer to Avon’s query. Vernestra gave the Aqualish man a small smile, and he turned away without reaction, going back to whatever he was doing. Something about the man made Vernestra feel more alert than was necessary, a spiky sensation that she couldn’t explain. She was just nervous and excited about the mission to Starlight, since this was her ﬁrst real Jedi mission and she didn’t want to mess it up. That was why she was ﬁxating on random mechanics doing their jobs.

At least, that was what she told herself, even if she didn’t truly feel it.

Pushing the strange feeling aside, Vernestra accompanied Avon and J-6 onto the Steady Wing and tried to focus on making sure the young girl did not try to escape before departure. Vernestra had her hands full enough without seeing phantoms in every corner of the Force.
What did you think? 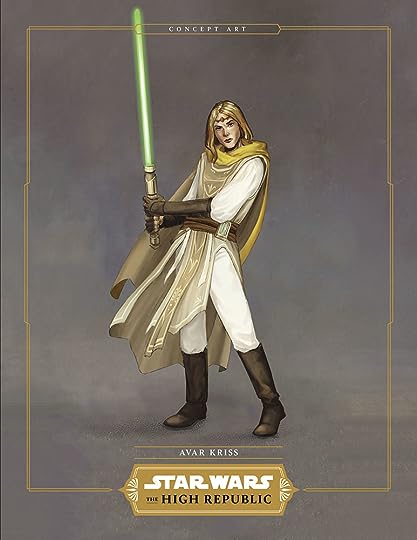 Avar is the brightest, most noble example of Jedi-hood. She always tries to see the good in people and situations, and never puts herself first. She is invigorated about life on the frontier and the challenges it brings, and is an inspiration for those who work with her. She is compassionate, not dogmatic, and always ready to sacrifice herself over others. Avar Kriss is the best of the best. 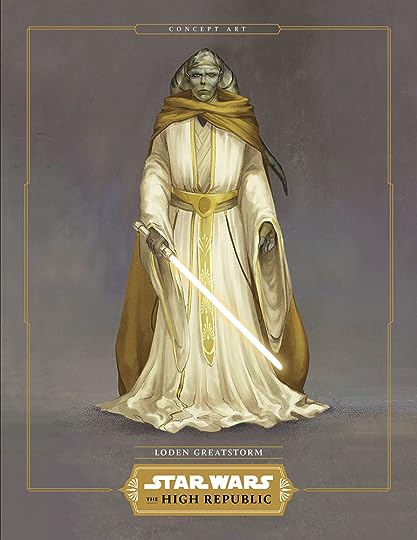 Loden is a Twi’lek Jedi Master, and is considered to be one of the best teachers in the Jedi Order. Strong and wise, with a good sense of humor, Loden looks at every moment as a learning experience, always trying to better himself and those around him, especially his Padawans. 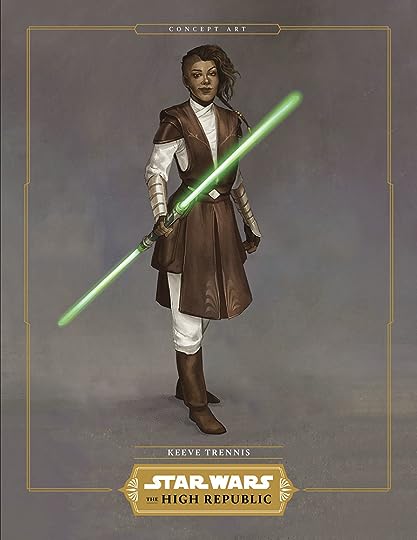 Keeve is a young firebrand Jedi, believed to have a great future ahead of her, if only she would believe it herself. Quick-witted and more impulsive than she should be, Keeve has only been a Jedi Knight for a few weeks and is a little starstruck around Avar, knowing many of the great things Kriss has done in the past. She is determined to prove herself to Avar and the other legendary Jedi stationed on Starlight Beacon, but first she must learn to trust in herself as much as she trusts the Force. 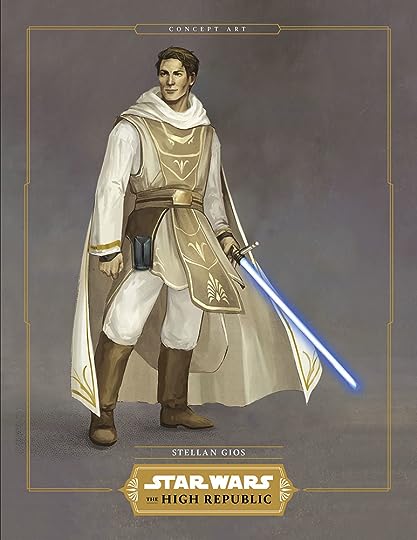 Stellan is an optimistic and well-respected Jedi Master. Stellan came up through the Order with Avar Kriss, and although they are often on different assignments for the Jedi or the Republic, when the two work together they are a powerhouse team of two noble heroes in action. Strong in the Force and a natural teacher, Stellan is currently stationed at one of the Jedi Temple outposts on the distant planet of Caragon-Viner. 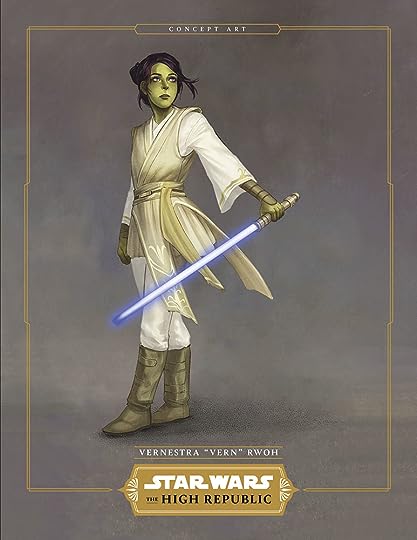 Vern is a newly-minted Jedi Knight. Vernestra, Mirialan, was Padawan to Stellan Gios. She works hard and is devoted to the Jedi Order, more so than most others her age. At sixteen she is one of the youngest Knights in a generation. She struggles to fit in with the adults while also setting a good example for the younger Jedi.

Mod
What do you think?

A Test of Courage (other topics)