Academy of Werewolves and Vampires discussion 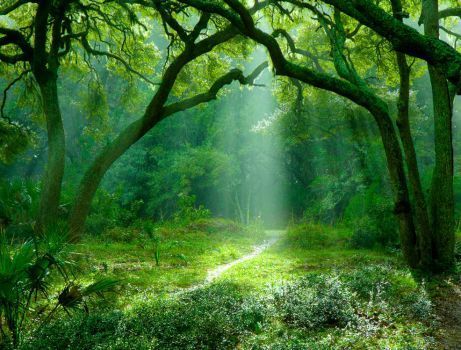 Where Astor and Jamie first met.

Coming in, he slowed to a trot and stopped. He waited fo her to get off.

Jamie slid off him and sat cross legged on the floor.

Transforming, he said, "Do you recognize where we are?"

Jamie looked around, “The forest?”

Chuckling, he said, "Well, actually yes. But this place is special. It's where I first saw you." Fiddling with a string on his shirt, he said, "Jamie, since the day I met you I knew you were different. I didn't understand why I was so attracted to you, more than I ever did before. When you were hurt, sad, confused, I felt those emotions with you."

Taking her hand, he got onto his knee saying, "I don't want you to fell that way anymore. And if anyone makes you feel that way, I can promise you that I will make them suffer."

Jamie blushed and seemed to realize what was happening. She put her other hand to her mouth in surprise. “Astor, I-I-”

Smiling, he said, "You mean the world to me Jamie, you always did." Taking the box out, he asked, "Will you marry me?" 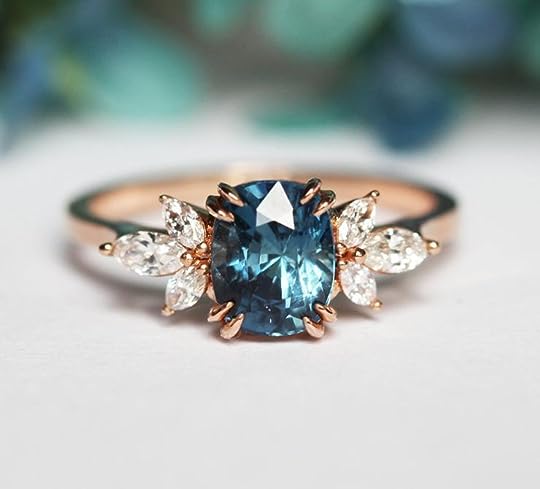 Tears of joy filled Jamie’s eyes. “Yes! Of course yes!” She wrapped her arms around him.

He laughed with delight, hugging her closely. "Jamie, I..." He looked up horrified at what he saw. Someone had aimed at them a spear gun, aimed right at Jamie's chest. He heard the click of the trigger as it activated. "NO!" At blinding speed, he rotated their position so that the trajectory came at him. With a sickening thud, the spear-end protruded from his chest.

((Sure)) Jamie screamed with horror and fumbling to do SOMETHING. The person rolled their eyes and loaded in another spear, taking careful aim at Jaime. Jamie was unaware of the danger she was still in, “Astor! Astor please, I can help, I can help!” However she was really sure how.

Coughing, he managed to break the spear off. "No, I can't let you get..." He grunted as another spear protruded from his stomach. Coughing, he felt his form waver he only had enough power to get her to safety. "You're safety is my priority...Go..." Kissing her on the lips, he felt her disappear. "You've just made a horrible mistake..." Transforming, he felt his wolf enrage at the possibility of his mate being killed. ((His wolf is hard to control)

Jamie was trembling but she managed to stand and run. ((She’s at the track))
The person hurried to reload but couldn’t do it fast enough. He dropped the gun and kicked Astor in the face.

((He transported her there))

With a howl, he crashed into a tree yelping as a spear dug further in. His world was spinning, as he struggled to get to his feet.

The ((I’mma just say he’s a hunter)) hunter saw this as an opportunity to go back for the gun.

He couldn't move as he felt the blade dig deeper into his stomach. He was wheezing in pain and saw the guy reach for a silver blade. With a quick strike of his paw, he sliced his jugular, but not before he buried the blade just below his heart. I love you Jamie... He thought as his world blacked out...

The hunter smiled and ran to find Jamie

Jamie ran here and saw Astor. “ASTOR!!” She cried harder and cradled him. “No no no...”

((kk)) "Don't die, please. Whatever you do hold on!" Jamie got the strength from who the heck knows where and pick him up. Her ankle still hurt tremendously but not as much as the thought of losing Astor. She stumbled off to the hospital with Astor in her arms.

Mod
"It's beautiful here. Thank you," he says as they enter the clearing.

Mod
"Elena, I need to tell you why I did what I did. Why I relapsed. I can't stop thinking about it. I just need to tell you that...it was because I was lonely. Because I missed you, and nobody was there to help me through it. And that was the only way I could deal with it. I turned off my humanity, and everything was so much easier. But when I became reckless and neither you nor Stefan was there to help me through it, to help me stop, people began to realize it was me. And I had to leave. And then I realized, perfect! I can go to LA, where Elena and Stefan went. But I knew if I was going to see you, I had to turn my humanity back on. And it was so hard, Elena. So hard. I spent a week sad and broken, unable to eat or drink or anything. But I needed to do it for you. It was all because of you. Because I missed you. Because I needed you. Because I love you, Elena. So much. And I just needed to tell you this so you understood," says Damon, looking into Elena's deep brown eyes.

She smiles, "Of course"

Mod
"So, what's the whole deal with this school?" Damon asks, changing the subject and entire mood of the conversation.

Mod
"You know, what do they do here? Why are they putting hereditary enemies in a school together?"

Mod
"You didn't forget about me, did you?" Damon asks, half-joking but half not.

Mod
"I may be your boyfriend but I'm also a d!ck," he shrugs.

Mod
Damon looks up at the sky. "I hope we can go back to Mystic Falls soon."

Mod
"Why didn't you come back, Elena? I waited for you," he says, not looking at her.

Mod
"You're a really bad liar, Elena," says Damon, a sad smile on his face.

Mod
"So, are you gonna tell me?" Damon finally glances at her and raises an eyebrow.

Mod
"Of what?" Damon asks, furrowing his eyebrows.

Academy of Werewolves and Vampires