Mod
The ninth book in the Princelings of the East series is on special offer during September and the first part of October, to help people catch up with the series in time for the launch of the final book in the series on 1st October. 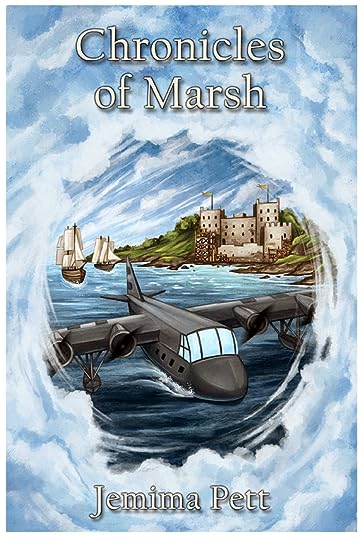 Chronicles of Marsh sees the former princeling Fred take over from his uncle as King of Castle Marsh. In typical Fred style, he decides to keep a record of the major events of his reign. Here it is, with comments from his Queen, Kira, and his steward, Willoughby.

What he records is a fascinating journey through the changes wrought in the realms by innovation, population growth, tyrants, and outlaws. From innocence to... well, not quite despair (but it does pretty much end in a cliffhanger).

If you've missed any of the story so far, you'll catch up with it here!

Follow the buying links on the Chronicles of Marsh Goodreads page to your favourite ebook retailer.

Best of luck with it, Jemima. I very much like the cover.

Mod
Carol wrote: "Best of luck with it, Jemima. I very much like the cover."

Chronicles of Marsh (other topics)