Powers include but are not limited to: Power over elements, shape shifting, power over minds, telekinesis, flying, speed, wizarding, teleporting (not realm jumping) and anything even remotely related to any of those. If you are not sure what constitutes, ask me, and ill either yay or nay it.

History:
Her family has been living happy and comfortable in their realm until Morgana arrived. She has turned Maddie's world upside down. Burning buildings, danger at every turn and zombies EVERYWHERE. They have been living in an old military bunker along with 2 of their closest friends families. They are pretty stable as far as living conditions go, but they fear Morgana isn't done with them yet.

Personality: Spunky, Sweet, Sensitive, loyal, tends to get intimidating (due to older brothers)

Crush: She will have to get off her realm in order to find one.

Powers: Eagle's eyes! Sprinter legs! Mind-reading! and ofc he's a wizard!!! He knows all the magic! all the spells! all the potions! long in short! he got a smart brain! and a awesome adviser!

History: He comes from a great pure blood family of realm jumpers! and his family was killed by Morgana when his parents refused to do magic for her! the only person he can call his family is Thomas Walker. He wants to take the revenge for his family and want to see Thomas (his best friend) to claim the rule of all 15 realms and see him as the emperor!

Crush: Have't felt like that till now but u never know! he might fall for someone on his amazing adventure with Thomas!

Fav weapon: WAND!!!!!!!! it's the best weapon he can have! Diablo Dager and THE Sword of Gryffindor!

oh wait a sec! lemme put the right link for this looks!

Name: Meglamia Damon (People call her Meg)
Age: 19
Powers: Can turn into a shadow at will
History: Born in the demon realm, she was the heir of the Obsidian Throne. The middle of three siblings, she was determined to be the heir by the gifting of the Shadow from the gods. Trained to be a deadly assassin from the age of 6 years old, she revolted against Morgana when she lay siege to the realm. In return, Morgana slaughtered her family. Morgana then tried to convince her to work for them, but as Morgana left the realm, Meg hitched a ride and entered the realm that everyone else is in. She now hides in the shadow of darkness, searching for the last realm jumper to take her to the realm of the dead, to find her family and to bring them back.
Personality: Cold, quiet, calculating, guarded, but sarcastic and funny at times. Smiles VERY rarely.
Appearance: Jet-black hair, 5'7", skinny. Her eyes are the dark grey of shaodws. She has tan skin, and her eyes are uplifted. She has a tattoo of a constellation with five stars behind her right ear, representing her longing to see the stars when she was a child and her grief ant finally seeing them without her family. She also has a tattoo of a triangle on the inside of her left wrist, but no one knows what it means.
Crush: She won't waste time on being in love, but you never know ;)
Favorite Weapon: Dagger
Other: She secretly wishes she could fly

ok, so the demon realm is supposed to be all demons and stuff like that, but i can see a tribe of humans living there too, because, why not? so i say your accepted and ari says your accepted, so your accepted

YAY! Is it okay that, like in the original thing, that she was set to inherit the crown of the demon realm? Or do you just want her to be a normal little girl, not a princess. Well, a normal little assassin. ;)

yeah, i think thats a cool story element, and like i said, i want ideas from you guys to advance the story. that was a cool idea, and i like it, so were totally keeping it!

i think concept of princess is better! ur more deffinate to take the revenge then! plus we can have the concept of blood crown in ur case! that way morganna will not be able to wear the crown or have the powers of the crown! that'll be only u! u'll be just waiting for the right time to streak!

yeah. OOOOH what if she gets the crown, then is able to harness-wait, we need to move this to ideas

History: Ray's parents had been a part of Morgana's court and She had killed everyone in her realm who had tried to protest against her quest to conquer all the fifteen realms. Rayna's parents had been one of them. Rayna, only nine, had been traumatized, memories still haunting her. Parent, Dead, Blood. She had decided then that she would destroy Morgana, not just physically but in every way possible. Although there was one problem, she knew she couldn't do it alone, which is why she seeks for the people who share the same goal as hers.

Personality: Calm, introvert, determined, revengeful, possessive kind as she can't risk loosing anyone else close to her.
Appearance: black hair, brown eyes, brown skin (not too dark nor too light), 5'5.

Crush: that's something for the future :)

thanks!! it took me a whole day to decide all this n i kept asking my bro for some weapon recommendations n now he is so done with me that he wont even talk to me XD

Nope that seems right! Although is Thomas is the last realm jumper, then how does Morgana get around?

Queen Jenna the III wrote: "Nope that seems right! Although is Thomas is the last realm jumper, then how does Morgana get around?"

maybe cause of the evil magic that lurks around n her realm ???

bernadette;) wrote: "idk lol all i kno is that imma fallen queen and im badass B) lol jk XDDD"

No, Morgana stole the realm jumpers power when she slaughtered them, and made a machine that harnessed that energy. she wants thomas to rule with her because he is the mostp powerful jumper ever. and also, nice choosing water! i love water, so that makes me even more inclened to say....your accepted. have fun in my chat!

so stealing other powers is Morgan's power ??

That makes sense. Or she had a machine suck the power out of them while she sucked the life out of them so that she could realm jump too?

she doesnt have powers. she just uses dark magic from her realm 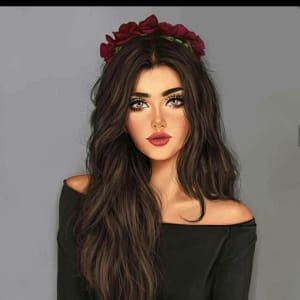 Powers: Now as shes the fallen queen of realm of magic! ofc she will know how to glamour people! But she will have many powers over other people! but the actual powers which lies with the throne are power of nature! u will be able make water! air! fire! earth! all will obey commands once shes the high queen again! BUT for that she will have to de-throne morgana! that's what shes gotta do! make allies with other realms and defeat morgana!

History: Her parents were high queen and king of the realm of magic! So purely she came from a family of royals who have ruled the realm from very long! The royal family had big powers as long as they had the thrown! but know she's the fallen queen and she don't have much of those powers with her as she had while she was on throne! but as her parents have died! they have left many weapons and powers which they had! and the rest big powers lies with the throne which is to be claimed by her! Shes waiting for the realm jumper!

Her parents were the rulers of the magic realm, but were killed in a battle with another nation. she inherited the crown at age 10, and ruled for 7 years before morgana took over. she is now the leader of the rebellion in her realm, and she is trying to find a way to morgana herslef, to kill her.


Personality: Tough and fierce, a good leader, but also fair and just. Stubborn, and loyal to a fault.


Crush: to be determined ;)


*power and history by roo*
*history and personality by moo*

ive started making my character!! btw this is my first proper rp group so I might ask some stupid questions. srry bout tha

haha, no problem ari! just ask them in the questions folder, specially designed for stupid questions!

hey! u don’t have to mention me there! no needn im just helping

Name: Castella Adrian
Powers: Power Over Elements
History:Her parents were courtiers in Morgana's court. Her parents died mysteriously when she was 13. She lived with her sisters for a three more years until the eldest, Raina went missing. Now, she's missing and Castella suspects Morgana has something to do with her disappearance. She's hiding with her younger sister Delia in the void between realms.
Looks: Madelaine Petsch basically
Personality: Kinda cold and mean, really introverted, extremely revenge driven and super protective.
Crush: Uhm tbd
Favourite weapon: twin daggers

nice, but could you change where she is hiding? there is no void between realms, and if shes hiding in another realm, could you explain how she got there? i hate it when im told stuff like this, and im sorry, but if you could change it, that would be great.

yeah ofc I can,and sorry it took me so long to make a character

hey, no problem seriously. im super busy, so i totally get it.

History: she is an orphan in the underworld realm

Personality: kind, caring but doesn't show it, calm, and stubborn

I like her! Could her power maybe something other than fire, because we already have Ronnie. But other than that approved!

well, i was thinking it would be solely something else