Mod
This thread is for discussing the last chapters 12 and beyond, as well as the whole book.

Mod
I loved the way it all came together! I wonder if that extra chapter with Shuichi discovering the weird spiral galaxy was originally part of the main story, but was then rejected because a galaxy wasn't in keeping with the local effect of the spirals. 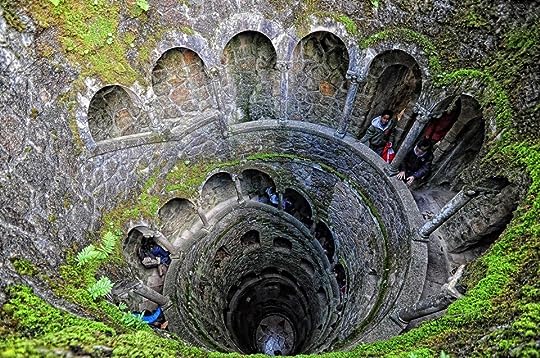 Oooh Whitney, YES on the Annihilation tower! That Portugal tunnel is wild!

I liked the ending. I was expecting them to "fix" it and have everything work out, but I liked the more somber ending better. That it's all part of a cycle felt right.

Mod
Like both of you, I did not expect that ending---it was both more explanatory and less feel-good than I would have predicted (not that I expect "feel-good" from Ito). Haven't read Annihilation but that Portugal tunnel looks amazing (and frightening having read Uzumaki.

Were there parts of the book that stood out to readers as stronger than others? Which parts did you find most memorable?

How did the meaning/symbolism of the spiral change for you throughout the reading?

It doesn't read like a true graphic novel to me. It feels more episodic, like a TV series. In fact I can think of the series it reminds me of: the Buffy spin-off ANGEL.

I have no idea about its publishing history but it feels like Ito didn't necessarily know where he was going when the first 'episodes' were published.

So the first 'season' focuses on the experiences of one girl, one boy, and they chapters are sharp and have a jump-scare feeling and the horror element is high.

Then the second season gets a little weird with people turning into snails and it feels a little like Ito is trying to get the series through a few more years...

and then in the end he comes up with a way to tie it all together in a high-level mythology that satisfies and you can look back and think, wow, I guess that's where we were going all along.

Mod
It was originally published in chapters, so that's likely what gives it the episodic feel. I agree it's similar to shows like Angel, Buffy, most Star Trek, etc. in having individual stories, but also an ongoing arc. Those tend to be my preferred kinds of series.

The wikipedia entry for Uzumaki says how the original inspiration for the story was wanting to use what ended up as the row houses in a ghost story, then coming up with the idea of turning them into a spiral. So there was at least that level of intent from the beginning.

Unlike you, I never felt like the series was being padded. Some of the creepiest chapters did little to advance the story. The maternity ward wins my vote for most fucked-up.

I loved how time sped up as they moved outward on the spiral, then stopped at the center.

Mod
It does have the feel of related short stories, or, at times, riffs on a theme. I found that Tanizaki and Kirie made great foils for one another. Tanizaki seems always on the edge of a nervous breakdown and legitimately crying "wolf" from the get go; whereas, Kirie, seems disturbed but so oddly blasé/resigned to much of what happens. Like, "Oh. I guess I'll no longer be seeing that person anymore."

I kept expecting an almost formulaic ending to each chapter, like the death of a particular individual, but Ito keeps things unpredictable and doesn't supply ready closure.

Where do we think this novel sits in terms of cosmic horror? It seems like Ito borrows from it, but also puts in a lot more gore/body horror than one might associate with the genre. I'm not very well read in the horror field so I imagine I missed some references or homages in places that others might not have.

Mod
Marc wrote: "Where do we think this novel sits in terms of cosmic horror? It seems like Ito borrows from it, but also puts in a lot more gore/body horror than one might associate with the genre. ..."

I would put in the CH category based on several elements that are typical of the genre.
- A large and powerful force that is indifferent to, or actively hostile to, humanity.
- The powerlessness of people in the face of said force, and the futility of trying to escape or even understand it.

I would also agree with what you said about gore not really being in keeping with the genre, which tends more toward dread than dismemberment, but I think body horror is right at home in cosmic horror; it's inexplicable, dreadful, and the afflicted are largely powerless over their change.

Mod
Whitney wrote: "Marc wrote: "Where do we think this novel sits in terms of cosmic horror? It seems like Ito borrows from it, but also puts in a lot more gore/body horror than one might associate with the genre. ....."

I knew you'd be able to weigh in from both your own reading experience and the wider discussions about such topics---thanks, Whitney! It seems like a particularly potent combination in Ito's hands.

Whitney, I didn't know about this tunnel in Portugal as the inspiration for Annihilation, that is wild! I would love to visit this place, although maybe not right now after reading Uzumaki lol.

I told my husband I'm going to start drawing spirals on our walls haha that's how this book made me feel.

I was actually very surprised and happy with the ending, I liked that Ito explained the source of the spiral curse in a way, for a while in the earlier chapters, like Lark said it felt so episodic I doubted any explanation was going to ever happen, and then around chapter 13 or 14 it all starts coming together. I liked that the snail people came back, although to the horrific fate of being eaten, that was pretty messed up for me. I was also expecting the inevitable sad ending, so that was good, although it was a little romantic having them end together. Overall, I enjoyed this a lot, specially towards the end.

I really liked the row house revelation - that it used to be a spiral and that they recreated it as a safe place. Except it didn't turn out to be very safe! Those last few chapters were so spooky!

That's true Bretnie, I really liked the story with the row houses as well. Nothing in that town was safe! haha. If you remember, there was an old man that found a map inside the wall in one of the row houses, and it looked like the town was a spiral. I think that shows what it used to look like and then what it ended up looking like at the end as well. It all tied together. So cool.

Mod
Just a quick note to say thanks to everyone who joined in on this read. I'd also highly recommend Gyo and the short stories that were part of Frankenstein. Let us know if there are other Ito reads you'd recommend or any other manga that ranks high in your experience.

For anyone, still joining in on or joining late, your comments/questions are still very much welcome! 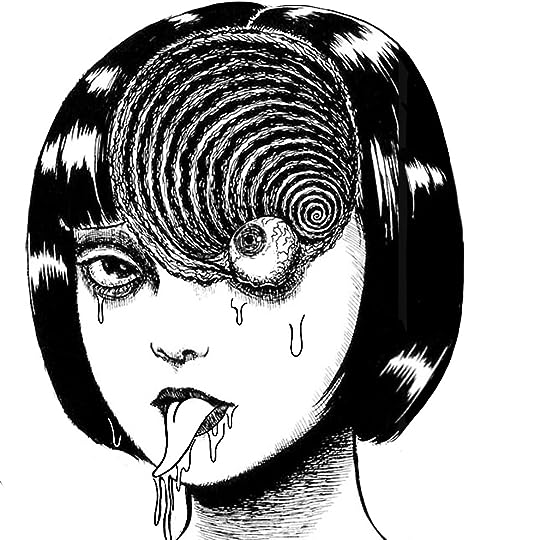 Mod
Thanks for moderating, Marc! I think this is my favorite Ito of the ones I've read. I'd definitely recommend Fragments of Horror, as well.