Mod
The twentieth century was a golden age for Science Fiction


Are you someone how enjoys science fiction?

Who are your favourite Sci Fi authors?

What are your favourite Sci Fi books?

I read this one decades ago too. Predictably, as a huge teenage Bowie fan, I was inspired by the Nic Roeg film adaptation but it is a book that stands up on its own merits. A sci-fi classic indeed.

It's currently 99 pence in the UK for Kindle

If anyone fancies a buddy read do let me know

More information...
The Man Who Fell to Earth is a 1963 science fiction novel by American author Walter Tevis, about an extraterrestrial who lands on Earth seeking a way to ferry his people to Earth from his home planet, which is suffering from a severe drought. The novel served as the basis for the 1976 film by Nicolas Roeg as well as a 1987 television adaptation and an upcoming television series. 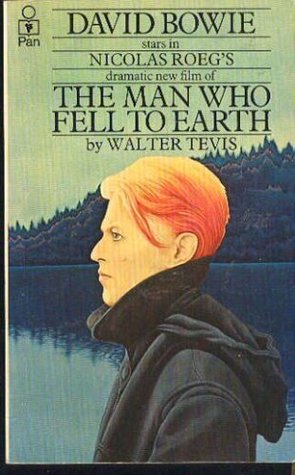 Mod
Although I am not big on sci-fi, there have been some novels I have loved. I think my favourite was:

The Book of Strange New Things

I am not sure it was really loved by fans of the genre though - it might have been more literary fiction than science fiction?

Mod
There are some crime books set in space, I have liked too.

Places in the Darkness

Judging by the number of her books that I own, I would say that C J Cherryh is my favourite SF author. Favourite book is however impossible to say!

Here's something a bit different and a good little exercise to tickle your brain cells - a murder mystery which is set on a space cruiser (crew of 6). Nothing too heavy, just a whole heap of good old honest fun...

I'll keep on eye on this thread and watch out for recommendations. I've never read a sci-fi novel, though I enjoy the films.

Flowers for Algernon by Daniel Keyes

The Man in the High Castle by Philip K. Dick