Mod
Another author who, sadly, failed to set the vote alight this month is the wonderful Donald Henderson, author of some excellent crime novels. Thank goodness for kindle, as these, long out of print, books have been re-published for us all to enjoy.

I came across him by reading, Mr. Bowling Buys a Newspaper (used the book cover above, as I couldn't find a photo of the author) and I would suggest his portrait of London during wartime is simply excellent. He died young, in 1947, but deserves to be re-discovered, in my opinion.

The publisher's page says, in their, short, potted biography: Donald Landels Henderson was born in 1905; he later said, ‘I cannot pretend to have enjoyed anything very much about my childhood or adolescence.’ Henderson was an actor and combined writing with his acting career, before taking a job at the BBC, where he worked throughout the Second World War. He died at only 41, in 1947, just three years after the publication of Mr Bowling Buys a Newspaper.

Four of his novels are currently available on kindle. Apart from Mr Bowling, there is A Voice Like Velvet

Goodbye to Murder and
Murderer at Large

Mod
Having just read one of Donald Henderson's other books, Mr. Bowling Buys a Newspaper, I am most definitely up for a buddy read of...

Originally published in 1946, this classic thriller, by turns unnerving and moving in its depiction of a woman driven to murder, was one of only a handful of crime novels completed by Donald Henderson before his untimely death.

I hope and expect that Goodbye to Murder will be a provocative and compelling read.

So count me in Susan

The blurb...
Much to her surprise, Thelma Winterton finds that she is more concerned about being late for her husband’s cocktail party than she is about having committed her first murder. Hurrying back to her flat she recalls the journey from bored orphan schoolgirl to bored housewife, to killer - and contemplates her next move. For Thelma's eyes are only just beginning to open to the extent of the oppression she has suffered at the hands of her insufferable husband and domineering mother-in-law - and she will do anything to escape, even if she has to hang for it. 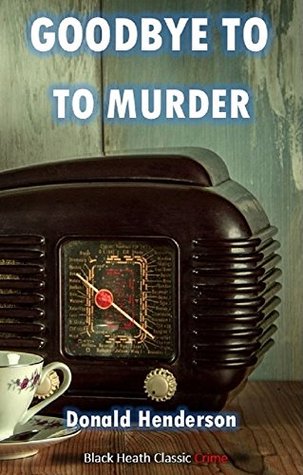 Mod
I'm in. Let me know when is a good time.

Mod
I can do June, July or August.


It should be a quick and easy read - so just tell me what works best for you Susan.

Mod
Shall we say June, then? I will probably start it mid-month though.

Mod
Works for me

Mod
The thread is set up Susan


Whenever one of us, or someone else, starts reading we can open up the discussion

Anyone else interested in joining Susan and me for our Goodbye to Murder discussion in a few weeks?

Go on. You know you want to.

Mod
Excellent. Looking forward to it!

I won't join. It sounded interesting. But I haven't found it available here at all.

Mod
There are only a few of his books available in the UK, Jan. Hopefully that will change and his work will become more widely available.

I was able to find the Mr. Bowling book. Of course I haven't read it yet.

Mod
That's good. It really is a great read, Jan.

Mod
I can only echo Susan's words Jan


It's a very singular book. Quirky and interesting. It also has a wonderful sense of time and place.

I looked on Powell's tonight - no Donald Henderson books. They are having a 30% off on used books sale through tomorrow, I think.

Mod
He is very British, to be fair. Perhaps the publishers think he won't appeal to an American readership. I can't remember, when we read it on Detectives, whether some people had an issue getting hold of it outside of the UK. Buddy reads really only need two readers, I suppose, and I would have no issue with members choosing a buddy read and setting it up, regardless of whether any of the Mods could get a copy.

They have a lot of used books. And I looked at Alibris which often has books from stores in England and that was also no go.

Mod
I think it has only been fairly recently re-published, so there probably aren't any second hand copies around yet.

I'm 70 % in now, and if I was contemplating murder there are a couple of people I would happily "bump-off" I am liking this one more than the previous book.

...and it sounds as though there may be some parallels with our main man Donald Henderson

Malice Aforethought (1931) is a crime novel written by Anthony Berkeley Cox, using the pen name Francis Iles. It is an early and prominent example of the "inverted detective story", claimed to have been invented by R. Austin Freeman some years earlier. The murderer's identity is revealed in the first line of the novel, which gives the reader insight into the workings of his mind as his plans progress. It also contains elements of black comedy, and of serious treatment of underlying tensions in a superficially respectable community. It is loosely based on the real-life case of Herbert Armstrong, with elements of Doctor Crippen.

So like Goodbye to Murder and Mr. Bowling Buys a Newspaper the reader is made aware of the murderer early on in the narrative

Malice Aforethought is a bargain £1.99 for Kindle in the UK and I have already splashed the cash

If anyone is interested in a quick buddy read of Malice Aforethought (a mere 320 pages) then let me know. If not, I might look to nominate it when a suitable category comes along.

And who, you may ask, is Francis Iles?

Anthony Berkeley Cox was born in 1893 in Watford, and educated at Sherborne School and University College, Oxford. After serving in the British Army in the First World War, he worked as a journalist for many years, contributing to such magazines as Punch and The Humorist.

His first novel, The Layton Court Mystery, was published anonymously in 1925. It introduced Roger Sheringham, the amateur detective who features in many of the author's novels including the classic Poisoned Chocolates Case. In 1930, Berkeley founded the Detection Club in London along with Agatha Christie, Freeman Wills Crofts and other established mystery writers.

His 1932 novel (as "Francis Iles"), Before the Fact was adapted into the 1941 classic film Suspicion, directed by Alfred Hitchcock, starring Cary Grant and Joan Fontaine. Trial and Error was turned into the unusual 1941 film Flight From Destiny starring Thomas Mitchell.

In 1938, he took up book reviewing for John O'London's Weekly and the Daily Telegraph, writing under his pen name Francis Iles. He also wrote for the Sunday Times in the 1940s and for the Manchester Guardian, later The Guardian, from the mid-1950s until 1970. A key figure in the development of crime fiction, he died in 1971 in St John's Wood, London. 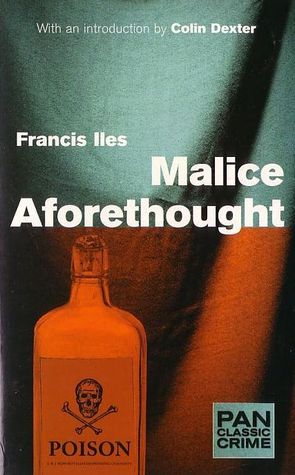 Mod
Ah, he's Anthony Berkeley - I really enjoyed his The Poisoned Chocolates Case which is fun, nicely written, and also very knowing about the conventions of the genre.

Mod
Oh, yes I have enjoyed mysteries by Anthony Berkeley, although some are hard to find.

Tempted as I am, Nigeyb, I must resist. I am just overwhelmed with review books that are out in August.

Mod
Same here, sadly. Susan, I also have a whole pile of NetGalley books that are all published in the first week of August...

Mod
Thanks RC. Thanks Susan


I shall keep it in my locker then and hopefully find a category for which I can nominate it in the next year or so, and hopefully tempt you then

Mod
I actually do have the book on my kindle - I checked - so will be interested when I have the time.

Nigeyb wrote: "I knew I could lure you in one way or another Susan"

If you are looking for inverted mysteries, you might like to try The 12:30 from Croydon by Freeman Wills Crofts which we recently read in the detective group

Mod
I also enjoyed The Poisoned Chocolates Case - I remember loving this as a teenager. Didn't quite have the same magic when I returned to it more recently, but still well worth reading.

Mod
Thanks Jill, and thanks Judy

Mod
Nigeyb wrote: "I knew I could lure you in one way or another Susan"

I am pathetically weak willed. This I accept...

Unless I see it at Powells or alibris.