The Hoggar Mountains or Ahaggar Mountains (Arabic: جبال هقار‎, Berber: idurar n Ahaggar) are a highland region in the central Sahara, southern Algeria, along the Tropic of Cancer. The mountains cover an area of approximately 550,000 square km (212,000 square miles).

This mountainous region is located about 1,500 km (930 mi) south of the capital, Algiers. The area is largely rocky desert with an average elevation of more than 900 m (3,000 ft) above sea level.

The highest peak, Mount Tahat, is at 2,908 m (9,541 ft). The mountains are primarily composed of metamorphic rock approximately 2 billion years old, although there are areas where more recent volcanic activity has laid down much newer rock.

Several of the more dramatic peaks, such as Ilamen, are the result of erosion wearing away extinct volcano domes, leaving behind the more resistant material that plugged the volcanic cores.

Assekrem is a famous and often visited point where Charles de Foucauld built a hermitage in 1911.

Mod
Natural Wonders of the World

by Richard L. Scheffel (no photo)

No synopsis - this is a review on Amazon by David Ogilvie

This book will not become obsolete, because it is so accessible, and nature is timeless (almost). The authors did a good job of choosing all these amazing places, and each one has a story. The sheer breadth is impressive.--There are hundreds of places described, including many places in foreign countries that I did not know about. Most of them have a color photo, but a few are lacking photos. You could spend hours looking at all of them. If you don't have the time, you can just read the capsule description to decide if you want to read more details.

If you want to actually travel to some of these places, you would have to do further research elsewhere, but this book is a good starting point for doers and dreamers. Get it while you still can! 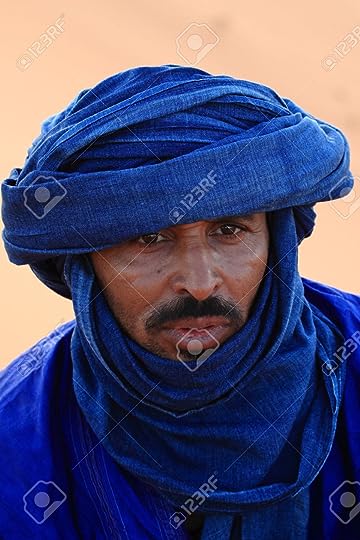 Tuareg in the Sahara 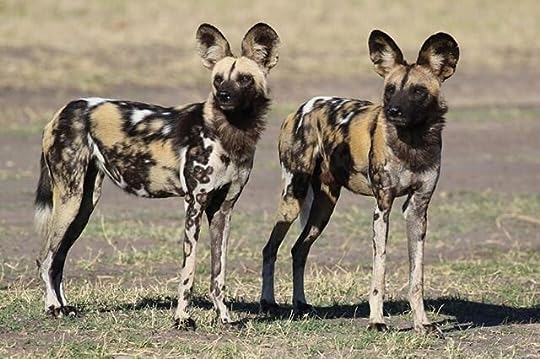 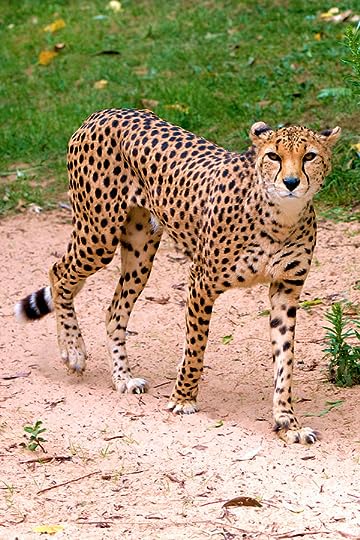 The Northwest African cheetah (Acinonyx jubatus hecki), also known as the Senegal cheetah or Saharan cheetah, is a subspecies of cheetah native to Northwest Africa (particularly the central western Sahara desert and the Sahel).

It is classified as critically endangered by the IUCN, with a total world population estimated to be about 250 mature individuals.The Northwest African cheetah is quite different in appearance from the other African cheetahs. Its coat is shorter and nearly white in color, with spots that fade from black over the spine to light brown on the legs.

The face has few or even no spots, and the tear stripes (dark stripes running from the medial canthus of each eye down the side of the muzzle to the corner of the mouth) are often missing. The body shape is basically the same as that of the sub-Saharan cheetah, except that it is somewhat smaller.

The main prey of the Northwest African cheetah are antelopes which have adapted to an arid environment, such as the addax, Dorcas gazelle, rhim gazelle, and dama gazelle. It may also take smaller animals such as hares.

These cheetahs can subsist without direct access to water, obtaining water indirectly from the blood of their prey.

Mod
The Tuareg: People of Ahaggar

by Jeremy Keenan (no photo)

The blue-veiled Tuareg of the central Sahara are the very definition of romantic glamour.

The severity of their homeland and the riches of their traditional culture have won them the unstinting regard of generations of explorers.

They first became a household word when their ferocious defence of their desert homeland halted the advance of French imperialism.

A generation later this proud warrior nation would accept an honourable peace.

In 1962 the revolution, which succeeded in expelling France from all of Algeria, also created new patterns of authority in the Sahara. This was the period when Jeremy Keenan started his lifelong quest to observe how this traditional society would adapt to the egalitarianism of a socialist Arab republic.

His is a classic work, part history, part anthropology, part travelogue. It is required reading for all who have become interested in the Tuareg and the Sahara.

Mod
The Hoggar (Ahaggar) Mountains of southern Algeria are located just north of Tamanrasset and west of Djanet in the heart of the Sahara Desert. They rise to 3000m and are a trekkers and climbers paradise. Many other areas on the desert offer superb rock-climbing and bouldering.

Few regions in the world leave the traveler as stunned as the Sahara of southern Algeria, a real concentrate of beauty and geological curiosities.

It is a true Saharan exploration that invites you to Clearing the history of Algeria and the world, in the purest tradition of past great epics. Mountains in the desert?

Here is one of the many surprises that the Sahara has to offer, whose image is rather associated with a sea of ​​sand. As a result of intense volcanic activity, the granite massif of Hoggar consists of peaks, peaks and huge lava flows frozen in their ultimate movement.
All around this area are vast trays of sandstone with surrealist forms, the Tassilis. The Ajjers, which contains a multitude of drawings and rock carvings, is home to the largest open-air museum of prehistoric art in the world.

Located south of Algeria, in a territory as vast as France, the Hoggar (or Ahaggar in Tamacheq) emerged from the desert following major volcanic eruptions in the Tertiary and Quaternary periods.

The wind and the weather were then responsible for carving all this rock mass in a fantastic landscape. Rocky peaks, basaltic organs and atypical domes rise anarchically in the midst of a totally virgin nature.

The Hoggar is generally appreciated at the end of the day, when the rock walls start to blush in the light of the setting sun. In terms of hiking, the Hoggar offers several possibilities.

If the most popular courses lead to the Atakor mountains, to climb to the top of the Assekrem plateau, the place of meditation of the father of Foucauld, other expeditions push even further north towards the Tedefest, for climbing a little more muscular, or to the south, through the silted cliffs of the Tassili of Hoggar.

Whether you leave in a caravan, in an off-road vehicle or on foot, the starting point of all these walks is Tamanrasset, the gateway to the Great South of Algeria. Stretched over hundreds of kilometers between the Hoggar massif and the Libyan border, the tassili N'Ajjer (or tassili Ajjers in French) is a huge museum of prehistoric art in the open.

Thousands of years ago, the first occupants of this sandstone plateau had illustrated the scenes of their daily life on the rock.

Through these unique frescoes in the world, it is all the ancient history of the Sahara that is told to us. The visit of the Tassili Ajjers is a totally exotic journey in an unprecedented setting where time seems to have abruptly stopped 3000 years ago.

The arrival at the top of this mythical and mystical mountain remains one of the highlights of a trip to the Hoggar. It is reached by a small steep path or by an asphalted road, voluntarily ransacked to prevent the constant coming and going of 4 x 4.

At the end of the course, a furnished balcony offers an exceptional panorama of the region. It is then that the Hoggar reveals itself in all its austerity but also in all its splendor. A forest of peaks, domes, peaks and needles is offered to view. At the end of the day, this lunar landscape begins to glow as the sun sets on the horizon. A spectacle of beauty difficult to forget. The tassili of Hoggar
300 km south of Tamanrasset.

Framed by Mali to the west, Niger to the east and the Hoggar massif to the north, the Hoggar tassili, on the borders of the Algerian territory, is an immense plateau collapsed on an ocean of sand. Over time, erosion sculpted sandstone in the manner of an artist. In the middle of the orange dunes spring strange rocky figures that the human imagination has associated with objects (tables, organs, pots, fireplaces), monuments (cathedrals, citadels) or animals (camels, jackals).

Deprived of water, the Hoggar tassili saw its last nomads disappear some thirty years ago, following violent droughts. The altitude is much lower than in the Hoggar and the temperatures are much higher during the day.

This country with fantastic landscapes lends itself ideally to treks, camel treks and 4 x 4. It is accessed from Tamanrasset by the road that connects to the border village of In-Guezzam. The Assekrem mountains are quite high ( peaks at 2,700 m).

The temperature conditions are quite comparable to those found in summer in the Alps around 3000 m, in dry and windy weather.