Mod
This is the thread set up for discussion of the Red Sea. 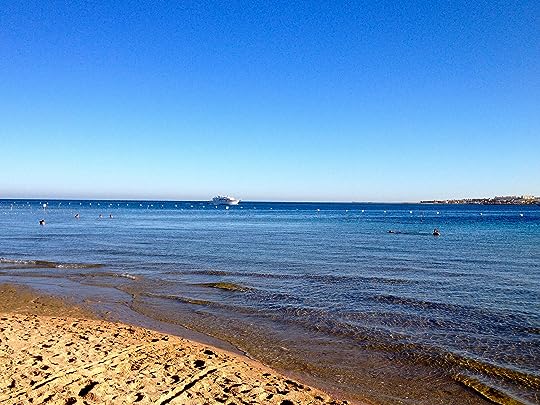 The connection to the ocean is in the south through the Bab el Mandeb strait and the Gulf of Aden.

To the north lie the Sinai Peninsula, the Gulf of Aqaba, and the Gulf of Suez (leading to the Suez Canal). The Red Sea is a Global 200 ecoregion. The sea is underlain by the Red Sea Rift which is part of the Great Rift Valley.

The sea is the habitat of over 1,000 invertebrate species, and 200 soft and hard corals. It is the world's northernmost tropical sea.

Just as Moses and the Israelites found themselves caught between "the devil and the deep Red Sea," so are we sometimes overwhelmed by life's problems. But God delivered the Israelites, and He will deliver us too.

The Red Sea Rules reveals, even in the midst of seemingly impossible situations, God's promise to make a way for us. His loving guidance will protect us through danger, illness, marital strife, financial problems--whatever challenges Satan places in our path.

Using the Israelites' story as an example, Robert Morgan offers ten sound strategies for moving from fear to faith. Among them: Realize that God means for you to be where you are. Acknowledge your enemy, but keep your eyes on the Lord. Pray.

Life is hard, especially for Christians. It is certain that we will face difficulties, and that God will allow them, as He allowed the Israelites to become trapped between Pharaoh's rushing armies and the uncrossable Red Sea. But just as certain is the fact that the same God who led us in will lead us out. As The Red Sea Rules makes comfortingly clear, He is in control.

Love the Red Sea and it’s connection to the Bible! I would love to go to it and the holy land one day

Mod
Clara Belle - I hope you get your wish. Yes, I too would like to go to Jerusalem, etc.

Bentley wrote: "Clara Belle - I hope you get your wish. Yes, I too would like to go to Jerusalem, etc."

Thank you. I hope you get to go as well