Mod
This thread is focused on and dedicated to discussion about Aland (Aland Islands).

The Åland Islands or Åland is an archipelago province at the entrance to the Gulf of Bothnia in the Baltic Sea belonging to Finland.

It is autonomous, demilitarised and is the only monolingually Swedish-speaking region in Finland. It is the smallest region of Finland, constituting 0.51% of its land area and 0.54% of its population.

Åland comprises Fasta Åland on which 90% of the population resides and a further 6,500 skerries and islands to its east.

Fasta Åland is separated from the coast of Sweden by 38 kilometres (24 mi) of open water to the west.

In the east, the Åland archipelago is contiguous with the Finnish Archipelago Sea. Åland's only land border is located on the uninhabited skerry of Märket, which it shares with Sweden.

The autonomous status of the islands was affirmed by a decision made by the League of Nations in 1921 following the Åland Islands dispute. It was reaffirmed within the treaty admitting Finland to the European Union.

By law, Åland is politically neutral and entirely demilitarised, and residents are exempt from conscription to the Finnish Defence Forces. The islands were granted extensive autonomy by the Parliament of Finland in the Act on the Autonomy of Åland of 1920, which was later replaced by new legislation by the same name in 1951 and 1991.

In connection with Finland's admission to the European Union, a protocol was signed concerning the Åland Islands that stipulates, among other things, that provisions of the European Community Treaty shall not force a change of the existing restrictions for foreigners (i.e., persons who do not enjoy "home region rights"—hembygdsrätt—in Åland) to acquire and hold real property or to provide certain services

There was no synopsis. But this review was posted by thornton37814 - "Although the modern portion of this book is becoming dated, this is still a good book to read to become acquainted with the Aland Islands which are technically part of Finland but are autonomous.

The Islanders speak Swedish for the most part and have ties to both Sweden and Finland.

The book gives an overview of the country's geography, geology, climate, plant and animal life, and much more. It also chronicles what has become known as "the Aland question" in political circles.

The book is very readable and reminds me of books in "The Land and People" series which was geared towards middle schoolers (and perhaps upper elementary schoolers), although this book was clearly written with an adult audience in mind.

There are many medieval churches in Aland that are worth noting and visiting.

Aland is a province of Finland, it is made up of a group of islands. The islands are located in the Baltic Sea, between Finland and Sweden. Although it belongs to Finland, the culture is closer to the Swedish one, and the official language is Swedish. It has self-government and its own flag. The capital of Aland is Mariehamn. 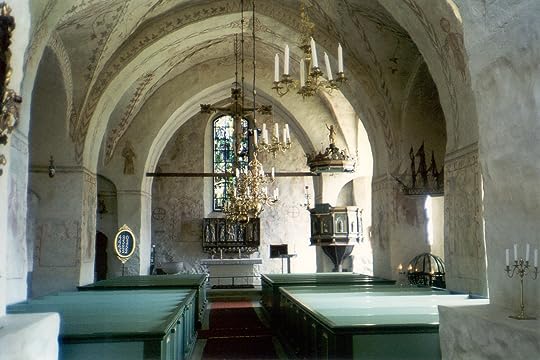 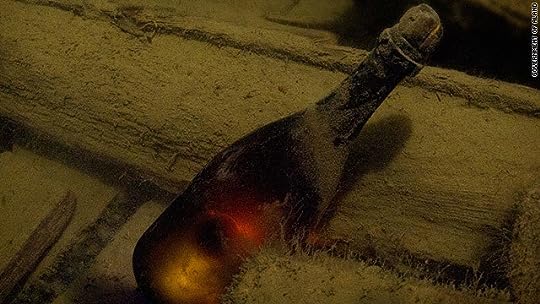 (CNN) -- First there was the discovery of dozens of bottles of 200-year-old champagne, but now salvage divers have recovered what they believe to be the world's oldest beer, taking advertisers' notion of 'drinkability' to another level.

Though the effort to lift the reserve of champagne had just ended, researchers uncovered a small collection of bottled beer on Wednesday from the same shipwreck south of the autonomous Aland Islands in the Baltic Sea.

"At the moment, we believe that these are by far the world's oldest bottles of beer," Rainer Juslin, permanent secretary of the island's ministry of education, science and culture, told CNN on Friday via telephone from Mariehamn, the capital of the Aland Islands.

"It seems that we have not only salvaged the oldest champagne in the world, but also the oldest still drinkable beer. The culture in the beer is still living."

Juslin said officials had talked to a local brewer about whether the new-found beer might be able to yield its recipe after experts decipher the brew's ingredients.

The newest find came as divers unearthed bottles separate from the earlier champagne find. While lifting a few to the surface, one exploded from pressure. A dark fluid seeped from the broken bottle, which they realized was beer.

All the cargo on the ship -- including the beer and champagne -- is believed to have been transported sometime between 1800 and 1830, according to Juslin. He said the wreck was about 50 meters deep (roughly 164 feet) in between the Aland island chain and Finland.

The cargo was aboard a ship believed to be heading from Copenhagen, Denmark, to St Petersburg, Russia. It could have possibly been sent by France's King Louis XVI to the Russian Imperial Court.

"Champagne of this kind was popular in high levels [of society] and was exclusive to rich groups -- it was not a drink for common people then," Juslin said.

Experts estimated the exclusive bubbly to be worth tens of thousands of euros per bottle. The value of the beer has not been determined. It is also unknown whether the beer went flat while sitting at the bottom of the Baltic for such a long time.

Some of the bottles of champagne were originally produced by Juglar, a premium champagne house no longer in existence, according to Juslin.

He said the cold sea water was a perfect way to store the spirits, with the temperature remaining a near-constant 4-5 degrees Celsius (around freezing temperature in Fahrenheit, or 32 degrees) and no light to expedite the spoiling process.

Investigators and historians have not yet unraveled the mystery surrounding the exact origin of the ship or the date when the ship went down.

Juslin said other artifacts were still lying in the shipwreck, but it would take several months to lift them out of the wreck.

The islands are at the entrance of the Gulf of Bothnia, in the Baltic Sea. They have Swedish-speaking people, though the island itself falls under Finnish protection. The Aland chain forms a Nordic archipelago of more than 6,000 skerries and islands.

The Aland Islands (other topics)