Mod
This thread is focused on and dedicated to a discussion of Svalbard. 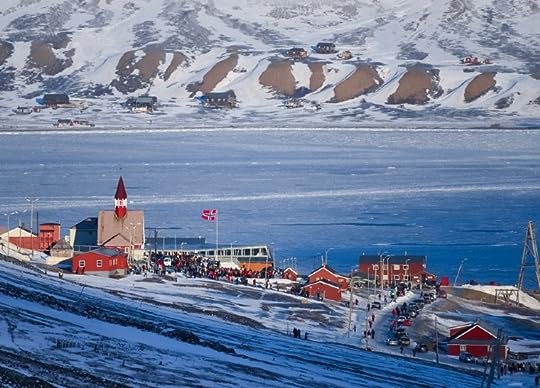 Svalbard, prior to 1925 known as Spitsbergen, or Spitzbergen, Russian: is a Norwegian archipelago in the Arctic Ocean.

Situated north of mainland Europe, it is about midway between continental Norway and the North Pole. The islands of the group range from 74° to 81° north latitude, and from 10° to 35° east longitude.

The largest island is Spitsbergen, followed by Nordaustlandet and Edgeøya. While part of the Kingdom of Norway since 1925,

Svalbard is not part of geographical Norway proper; administratively, the archipelago is not part of any Norwegian county, but forms an unincorporated area administered by a governor appointed by the Norwegian government, and a special jurisdiction subject to the Svalbard Treaty that is, unlike Norway proper, outside of the Schengen Area, the Nordic Passport Union and the European Economic Area.

Since 2002, Svalbard's main settlement, Longyearbyen, has had an elected local government, somewhat similar to mainland municipalities.

Other settlements include the Russian mining community of Barentsburg, the research station of Ny-Ålesund, and the mining outpost of Sveagruva. Other settlements are farther north, but are populated only by rotating groups of researchers.

The islands were first used as a whaling base by whalers who sailed far north in pursuit of whales for blubber in the 17th and 18th centuries, after which they were abandoned. Coal mining started at the beginning of the 20th century, and several permanent communities were established.

The Svalbard Treaty of 1920 recognizes Norwegian sovereignty, and the 1925 Svalbard Act made Svalbard a full part of the Kingdom of Norway.

They also established Svalbard as a free economic zone and a demilitarized zone. The Norwegian Store Norske and the Russian Arktikugol remain the only mining companies in place. Research and tourism have become important supplementary industries, with the University Centre in Svalbard (UNIS) and the Svalbard Global Seed Vault playing critical roles. No roads connect the settlements; instead snowmobiles, aircraft and boats serve inter-community transport. Svalbard Airport, Longyear serves as the main gateway.

The archipelago features an Arctic climate, although with significantly higher temperatures than other areas at the same latitude. The flora take advantage of the long period of midnight sun to compensate for the polar night. Svalbard is a breeding ground for many seabirds, and also features polar bears, reindeer, the Arctic fox, and certain marine mammals.

Seven national parks and twenty-three nature reserves cover two-thirds of the archipelago, protecting the largely untouched, yet fragile, natural environment. Approximately 60% of the archipelago is covered with glaciers, and the islands feature many mountains and fjords.

Svalbard and Jan Mayen are collectively assigned the ISO 3166-1 alpha-2 country code "SJ". Both areas are administered by Norway, though they are separated by a distance of over 950 kilometres (590 miles; 510 nautical miles) and have very different administrative structures. 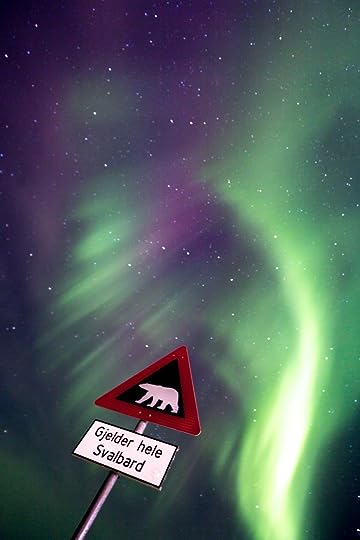 by Andreas Umbreit (no photo)

There is no other guide to Svalbard. This stunningly gorgeous, seriously remote Arctic archipelago is about as far from civilization as you can get in Europe.

Permafrost freezes the ground up to half a kilometer in depth, while winter temperatures can drop to over 40 below zero. Svalbard's glorious mountains, majestic fjords and sprawling valleys are the perfect setting for journeys to the back of beyond - by snowmobile, snowshoe or Siberian husky.

This new edition includes extensive information on the history, wildlife and landscape of this unique destination with details on national parks and areas of exploration unavailable in other books.

Mod
Well look what was on CNN:

The Arctic explorers locked down in the Svalbard archipelago
Arctic lockdown: Adventurers Hilde Falun Strom and Sunniva Sorby have spent close to nine months in remote Bamsebu, situated in Norway's Svalbard archipelago, as part of the Hearts in the Ice expedition. 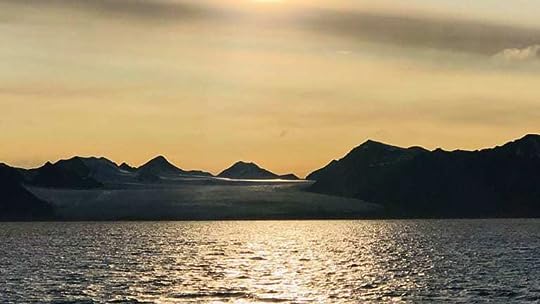 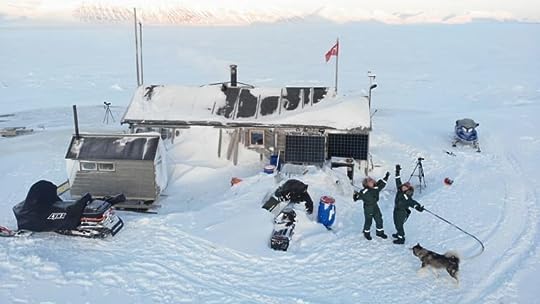 The Arctic explorers locked down in a tiny hut in Norway's Svalbard archipelago
Tamara Hardingham-Gill, CNN • Published 22nd May 2020

(CNN) — When Hilde Falun Strom and Sunniva Sorby began a long-planned expedition in the Arctic archipelago of Svalbard last September, their main goal was to encourage conversation around climate change in the polar regions.

After spending close to nine months collecting data and samples for researchers in remote Basembu, situated 140 kilometers from the "nearest neighbor," the adventurers were all set to bid farewell to the tiny wooden hut they've been calling home since the beginning of their trip.

However, as was the case for many people across the world, their plans were abruptly put on ice due to the coronavirus pandemic.

Now the pair have little choice but to remain cut off from civilization with only each other for company, along with their dog Ettra and various polar bears, reindeer and geese, until a ship is able to make it across to take them home.

"We have been very cold," Strom tells CNN Travel via satellite phone. "There's no electricity. No running water. It's been challenging, but it's the most beautiful area you can picture."

Strom and Sorby spent two years planning the project known as Hearts in the ice, which saw them become the first women in history to overwinter in the Arctic without a male team member.

During their time in Basembu, the duo have been collecting weather and wildlife data, monitoring clouds, sea ice and organisms for international agencies such as the Norwegian Polar Institute and NASA.

The twosome, who have known each other for around six years, also lived in total darkness for three months, which they describe as an experience "not for the faintest heart."

"Neither one of us have lived so close, 24/7 in a small space [their cabin was built for whalers in the 1930s] with anybody," says Sorby.

"So that had its learning opportunities and challenges. But there isn't one thing that happened here that we haven't figured out together.

"Then in March, the earth started spinning off its axis, and everything began changing."