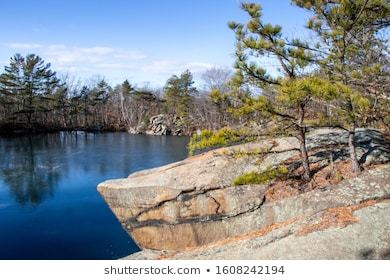 Mod
Emily Kross walked along the bottom of the ledge. She had been travelling for days now in search of her mother. Her mother had left her behind with her aunt, but she didn't want to stay with her aunt. She ran away in the night following her mother's scent. Through forests and the city she avoid most people that could capture her and turn her in. She was determined to reach her mother. Coming to a rest near the bottom of the ledge she looked up spotting a figure. "Mama?" she whispered and begin climbing her wat up the ledge. Her mother's scent was string now, so it had to be here. "Mama?" she said a little louder as she tripped over her two feet upon reaching the flat surface of the ledge. She fell but her hands reached out to catch herself, so she sat on the ground. Tears rising to her eyes. She was tired, hungry, and wanted her mother.

Mod
Arabella Kross had been walking along the path away from the pack. She had been walking for a little while now. While she loved the pack that she had become apart of she missed her own family. She knew that her sister was taking care of her daughter the best way she could or knew how to. That didn't stop Arabella from missing her and hating herself for leaving. She did it to protect her though, with her being the new Beta she knew people were coming to her with their problems. Raising a child would take all of her attention. She honestly thought she was doing the best for her. As the wind picked up a little bit she got a whiff of what seemed like her own scent but there was something else mixed in with it. She stopped dead in her tracks when she heard that cute voice call for her. She knew exactly who it was but she had to be wrong. Emily was supposed to be back with her sister. Arabella turned slightly and saw a girl sitting on the ground crying Arabella's motherly instincts took over and she quickly went over to her. She got down on her knees in front of her. "Emily baby, what are you doing here?" She scooped up the little girl and pulled her into her lap. She wrapped her arms around her and held her.

Mod
Emily wrapped her arms around her mother's front as she placed her in her lap. Her tears begin to fall from her eyes. She was glad to see her mother. Finally. Looking up into her mother's face, she whimpered, "You left me behind Mama. I wanted to go with you. Why you didn't take me with you?" She hugged her mother again burying her head in her mother's chest. "I miss you." She cried out. She begin shaking a little. Peeking up, she looked sad. "I'm hungry and I want to sleep Mama. Can you sleep with me?"

Mod
Seeing her daughter cry made her heart ache. She never meant to make her daughter cry or upset. She just held her tightly in her arms until she looked up at her. Emily was asking her a whole bunch of questions. Arabella didn't even know where to begin to explain to Emily everything. She was only five, so she wasn't sure if she would understand even if she did try to explain to her. "Oh honey" Arabella started to rub her back as soon as Emily started shaking a little. "I missed you so much sweetheart. We should get you something to eat and then I will take a nap with you." She would have to write her sister a letter and tell her that Emily was safely with her and that she would keep her there with her. She knew this wasn't going to be easy but she knew that if she took Emily back, Emily would just escape again.

Mod
A small smile appeared on Emily's face. She was going to get food and her mother was going to take a nap with her. Plus she didn't have to live with her aunt because her mama wanted her around again. In all sense she was a happy girl. She sat up and looked around. "Mama where is here?" She slowly looked back at her mother. She was too caught in searching for her that she didn't noticed where she was. Emily knew what trees and small stuff was but she didn't know locations or she haven't learned where she lived yet. "Can I see your new house?" She had no idea about the create her mother was nor pack life.

Mod
Arabella watched her daughters reaction to the news of her wanting her around. In all honesty she always wanted her daughter around. She would try to explain things to Emily later. Arabella looked around as her daughter asked where was here "well I like to call this the neutral territory. It's a place where any member from any of the packs can meet up with one another. No one really owns this section of the land. I know it sounds a bit confusing." Arabella soon stood up still holding Emily in her arms. The poor girl seemed so exhausted, Arabella didn't mind carrying her. "Of course you can see it, where did you think we were going to take a nap at silly? you know I have a few things already there for you as well." Arabella put some of her daughters hair behind her ear. "Alright lets head home and get something in you." She didn't know how long her daughter had been looking for her but she had guessed for awhile. She had been gone for a little while.