I always enjoyed Fred's characters. When I heard of his passing I immediately thought," Whaahappen!?"

Mod
Leon wrote: "I always enjoyed Fred's characters. When I heard of his passing I immediately thought," Whaahappen!?""

Thank you, Leon. (I really dropped the ball on this one.)

I'm not sure how Fred Willard first came to my attention. He just seemed like one of those guys that was always there. NPR referred to him as a "scene stealer extraordinare," and I think that description is hard to beat. Whenever he appeared on screen, it was hard to take your eyes off of him.

I guess my favorite Fred moment was his cameo in
Best in Show as a clueless dog show commentator: 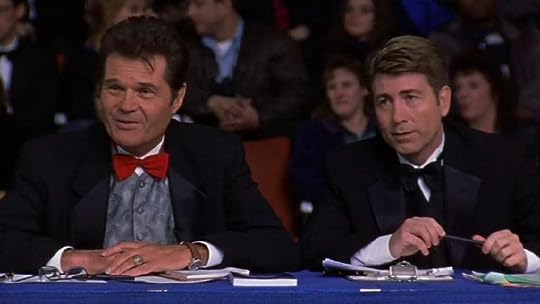 "And to think that in some countries these dogs are eaten."

In addition to his remarkable career, Willard also managed another feat that is almost unheard of in Hollywood - a fifty-year marriage to one woman.

We loved ya, Fred.

Mod
RIP Fred. Thanks for the laughs.