When I was preparing my task for the Spring Challenge, I was eagerly awaiting the start of the baseball season. Things didn't turn out the way I had planned! (The last I heard is that they're aiming to start the season on July 4.) So I've been watching cricket. Of course, the games are all reruns, but since I only started watching cricket less than a year ago, most of the time, I don't know who's going to win.
I've decided to design my task around the form of cricket that is popular in the Higher Dimensions, Brockian Ultra-Cricket.

This is a two-book task. Read one book from two different options. REQUIRED: State in your post the options you used.
Books with an MPG of Childrens, Children or Kids may NOT be used for this task.

Option 1: Although the rules of Brockian Ultra-Cricket appear to be quite easy to explain, they are actually extremely complicated. In fact, the only time the rules were combined into a single volume, it underwent gravitational collapse and became a black hole.

Read a book with Physics, Astrophysics, or Astronomy as an MPG

Option 2: Brockian Ultra-Cricket is played with the use of a variety of gaming or sporting equipment, all of which can be used can be used to take a good swing with. Each player takes one piece of equipment.

Read a book that has a piece of sporting or gaming equipment on the cover. This piece of equipment must be something that can be used as a club. For example, baseball bats, hockey sticks or pool cues work, but baseball gloves, ice skates or pool balls do not.
REQUIRED: Include the cover in your post and specify the equipment.

Option 3: Start swinging! The object is to strike a member of the opposing team as hard as you can with whatever you've got. Upon scoring a "hit", the player then runs away to a safe distance and apologizes. Apologies should be sincere, concise and, for maximum clarity and points, delivered through a megaphone.

Read a book that has all the letters in either APOLOGIZE or SORRY in the book's title/subtitle. Letters can only be used as often as they appear.

Option 4: Although Brockian Ultra-Cricket has become very popular in the Higher Dimensions, it rarely gets played as most of the teams are in a state of permanent warfare due to disagreements over their interpretations of the rules. I believe that Rule 6, which states that "the winning team shall be the first team that wins," causes most of the problems.

Read a book from the Excellent Space Opera list.
REQUIRED: State the page where you found the book

Mod
This thread is now open!

Can I have Origins: Fourteen Billion Years of Cosmic Evolution verified for Physics?

Will this work for option 2?

There is a bat, but there is also a ball.

please can i have astronomy MPG locked in for The End of Night: Searching for Natural Darkness in an Age of Artificial Light

Would you accept this shadow for option 2?

Can I get Astrophysics for People in a Hurry approved for the physics genre? It's listed last on the MPG list so I'm afraid it will drop off. 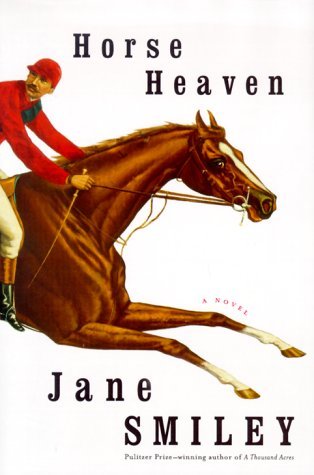 Sport = Horse Racing
Jockey is holding a whip (in horse jargon, known as a bat : see 3C)
One bat per jockey. It's held in the hand. It's used in a swinging motion. It makes contact with the horse to increase his drive to win.

Will it work for option 2?

I'm trying to read books that I put on my Spring SRC list that I didn't get finished. There aren't many, but this is one of them.

That's ok. I knew it was probably a reach. Thanks for the task suggestion! I think that'll work fine for me.

And I'll keep looking for something to fit this one. ;-)

Having just reread the trilogy of six, I love the task.

Will this work for Option 2 -- a baseball bat over his shoulder?

Would this work for Option 2?:

They're supposed to be field hockey sticks on the cover.

As a cricket lover, I just wanted to say thank you for making me laugh uproariously in these trying times :)

Will this work for Option 2?

Awesome! How fun. Thank you!