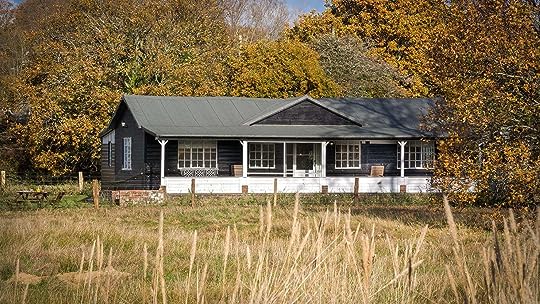 I may or may not get the decorators in later...

So excited to play quidditch again. (Does that make me a masochist??)

no because that makes me one also!

I was giddy when I saw this might be happening. Mixed with "it's so crazy - what am I thinking!?" But the giddy excitement totally wins out.

We are all back. This is so much fun.

Mod
Lexi's flagged up the perennial Seeker issue: that they are over-powerful on points...

group preference on options is sought!

1) Seeker is delayed from starting to read for 24 hours (or longer, if we work out slower, longer games)
2) Seeker has a higher minimum page count to read for the tasks
3) Combination of the above
4) Change the points to give more for goals scored (I don't want to go to the complicated scoring we used in HP TT though) / less for catching the snitch
5) some other out-of-the-box thinking solution to make it less "all about the seeker" ?

I think what Lexi said - the combo of 1, 2, and making goals worth a bit more (or seeker points a bit less).

Apropos of nothing, I apparently have a co-worker named Winter Scarlett.

I have a question in the Q&A which affects my previous answer on this discussion. The beater can distract the seeker. I need more clarification on how the distraction works. Is it similar to when a beater attacks a chaser? Does it affect the book read by the seeker for that task? If the beater's distraction works similar to their attack on chasers there will be more back n forth. Then I am not sure a 24 hour delay is needed. It all depends on how this distraction works.

Jammin Jenny wrote: "So excited to play quidditch again. (Does that make me a masochist??)"

My first response was

I'm like you Nikk...can we just have someone know everything and then shout out to the rest of us and just tell us what to do...at the end I finally figured things out...geesch!

Right there with you @Tammie and @Nikk!

Timezones was a huge thing for me. There were some days I only had 4-5 hours of sleep. And then the attempt to read a doorstopper for the points while everyone in the States slept 🙈

And I was taking naps so I could be awake when the people from Europe were up trying to score so I could beat them away as a beater...

Nicole wrote: "Right there with you @Tammie and @Nikk!

Timezones was a huge thing for me. There were some days I only had 4-5 hours of sleep. And then the attempt to read a doorstopper for the points while ever..."
Yeah at one stage you were reading multiple 500+ page books every day. I still don't now how you did it.

I also had the time zone issue which sometimes worked in my favour, as a beater ,reading out all the opposing team while they were sleeping but just as often worked against me

Maybe we could do this on a quarterly basis if it works out okay in the pilot - that way we could kind of plan our "quidditch weekend" and know that none of us would be getting much sleep those days :)

Nikk the Sapphired Book Dragon wrote: "Yeah at one stage you were reading multiple 500+ page books every day. I still don't now how you did it.

I also had the time zone issue which sometimes worked in my favour, as a beater ,reading out all the opposing team while they were sleeping but just as often worked against me"

Only because I was on holiday 😂 If I wasn't no way would I be able to do the same.

Mod
Match One Arena has been set up!

Cat wrote: "Lexi's flagged up the perennial Seeker issue: that they are over-powerful on points...

group preference on options is sought!


Any word on this? We were doing the math on this ... the "catch" book minimum is 350. If you made that the minimum for the other 5, it would be 6 x 350 = 2100 pgs. If the match is only 48 hours, that is a lot of pages to read and adding a 24 hour delay will make that even more difficult. So number of pages need to be taken into account on this decision.

I thought seekers didn't have a page limit except for the last book.

Ambi wrote: "I thought seekers didn't have a page limit except for the last book."

Up above they were considering rule changes...

Mod
I think for match 1 we'll keep the tweaks small.
The seeker must wait 12 hours from the completion of their teams quaffle before starting to read, and the "spot the snitch" books must be 150 pages long.
The "catch the snitch" book remains min 350pages.

That work for you guys?I'll update the official rules tomorrow morning, so you can make outraged requests for a change between now and then...

Mod
When you players have all recovered, have a think about the game - how did it go? What rules did/didn't work? How about the seeker role? Any improvements or refinements for the next (???) game you want to suggest?

We liked the new seeker role. It really worked well with the 12 hour delay after the Quaffle was finished. I don't really have any rule refinements to suggest.

I can, however, tell you how our team did so well. We have a few planners on our team. We planned for literally everything before the game even started. I think it made a huge difference. We knew Nikk was on that team so we came prepared... LOL

I think it went well also. I would maybe let the seeker read for a quaffle repair if there is one needed before the 12 hours is up.

I am not a huge fan of the rule that allows beaters' attack on a book in a completed chain to affect the next chain. But, I think I might be outvoted on that. I can't remember why it was changed. I think that once a chain is complete, that should be it.

I do really like the weekend aspect of the game. It was doable, and there was enough time for naps.

The weekend is really the perfect amount of time for this game. The week long marathon from before was just way too much. With our pre-planned schedule, we all had time for naps.

Seeker may still be overpowered. We had only one two person chain that was broken and only three total chains broken, and we only had 100 points. I might increase scores to 20 or reduce seeker to 100.

I agree with all of the people who chimed in above re preparation and weekend/length.

Re seeker maybe being allowed to read at least once for quaffle repair, that's an interesting idea. It would also allow an extra nap for at least one chaser, lol.

I am ambivalent about Lexi's suggestion regarding Seeker still being possibly overpowered. I mean, I get how it would be extremely frustrating if our team had had our 100 points to the other team's 10, and then the Magpie Seeker had gotten the snitch and they'd beaten us on points in the end. That could very well have happened if our Seeker hadn't gotten such a big head start! But, well, that's part of the game. That outcome is also the desired ends of a valid strategy of going all-in on a Seeker -- albeit a risky strategy, and one which doesn't give chasers much to do.

I'm also ambivalent about Jenny's comment re beater attack on a completed chain to affect the next chain. This was my first time playing so I guess I don't fully understand what this rule was changed from? So I'll just say that while on the one hand I agree that "once a chain is complete, that should be it," on the other hand, I gather that doing it the way we did it this time surely cut down on the number of unfinished books a lot of people were left with by the end of the match.

This is possibly a related concept, but it would have been nice to have more clarity regarding the eligibility of Seeker books for attack. The two teams obviously had wildly different understandings as to whether a book that a Seeker had already finished and logged, prior to the announcement of an attack, was in fact eligible to be attacked. This was further confused by the fact that when the question came up, it involved two books (one finished, the other currently still being read) that just so happened to have the same damn word in the title, LOL.
But I think if everyone had had the same understanding going in, that aspect wouldn't have mattered.

But whatever is decided on that count, it does not automatically follow that the same should be applied to beater attacks on chasers. That is to say, if a chaser finishes and logs a chain book, an opposing beater should not be allowed to go back and announce an attack on it several chains later; or put one more way, beaters should still only be allowed to announce attacks on opposing chasers' unfinished books (apologies if I misunderstood someone who seemed to be proposing otherwise at one point during the beater/seeker rule controversy).

Overall that was a really awesome game and well designed game -- and definitely made me feel better about having missed the original HP themed TT!!

Alysa, I think the unfinished/ it won't count for TT points/ books was one reason that beater rule was changed. And I may be having selective memory issues, but I thought that once a chain was complete, any beater attack still in progress was moot. Frustrating for the beater, yes. The first role I played in the first match was beater, and I swore a couple of times, then finished the books I liked after the match.
Anyway, either play works, it just males for different things to track, and different frustrations for different players. Always an important aspect to Quidditch. teehee

Yeah, I figure either the beaters get frustrated that they have to give up books when their attack (or defense) fails, or chasers get frustrated when their chains fail via attack in addition to just quaffle breaks.
I was actually *expecting* to have a whole bunch of unfinished books -- as a beater -- by the end of the match, and ended up having none except for one abandoned attack on a Seeker, abandoned for strategic timing purposes (though it was so close to the end, that it wouldn't have mattered anyway).
I was expecting this so hard, in fact, that Lexi kept having to remind me to keep reading for defense even after our chasers finished the book first! Because I just could not keep my head firmly wrapped around the concept that an opposing attack was still valid even after chain completion.
I was like... "But how can we still be lobbing bludgers to stop or defend a goal that has already been scored??!?" :D

think we'll have an end of summer match??