132 views
Reviews by Reviewer > Willing to review your book!

Hello! I have introduced myself on the main introduction thread. I am willing to read and review your book in the following categories: Mystery, thriller, true-crime, cook books, self-help, and certain fiction books. I would prefer to read a print copy as I have trouble staring at screens for long periods of time. Thanks! :)

It follows Armitage Black, a 26-year-old Police Typist who becomes involved in the case of Elodia Knight, a lady responsible for several murders under the guise of being a witch. Knowing that witches aren't real, Armitage is determined to find out how Knight is making herself appear to have powers. But by digging into the murders and what Knight is up to, she finds herself targeted by Knight, who isn't going to let anyone get in her way - no matter the cost.

Death By Curiosity was released on 8th February 2020 and is available on Amazon and Goodreads.  If this is something that would be of interest to you, please just let me know and I'll send the ebook and cover over to you ☺

Hi Caroline,
thank you for posting your interest in mystery/ thriller books.
Here is the synopsis to my book DECEPTION.

Four men, under the Ceausescu’s Romania, had powerful roles in the political apparatchik. During the 1989 revolution, they turned against the communist regime. They meet again, as members of the Miklos Fund Board, in Bucharest Romania.

MIKLOS, an American multi-millionaire with Eastern European roots, opens the Miklos Fund to help the emergence of a civil society.
These four men, OSCAR, FERENCZ, ADI and CORNEL, team up with INGRID, who is a CIA spy with a mission to collect information about Romania.

The team diverts money from the Miklos Fund to finance their plan of stealing enriched plutonium from the Russia-owned military base of Ukraine’s Sebastopol.
The team is acting under the guidance of a French op team who, with help from Italian assassins, plot to kill an ex-KGB officer in London by poisoning him. They make the assassination appear to be executed by the KGB.
While working at MIKLOS Fund, Ingrid has several brushes with death.
The theft is orchestrated by a Ukrainian officer, LISA, who wanted to escape from Russian Ukraine to start a new life in Romania’s Transylvania. The plutonium is hidden in three decoy tombstones made of cement.

Please contact me at roxandrian@gmail.com for a free copy.

It follows Armitage Black, a 26-year-old Police Typist who..."

Hi Lisa! Your book sounds interesting. I would like to read it! :)

Hi Caroline,
Here is a link to my website so you can see if this is of interest to you. Thanks and have a great day!
Ted
https://proofthenovel.com/

I was wondering if you would do me the honour of reviewing my book? I would appreciate your comments and feedback. I will explain the synopsis of the book to make sure you would be interested.

Synopsis -
When Richard Neville finds a dead body in his hotel room and has no recollection of how it got there, he knows there is only one thing he can do: - cover his tracks.

He has no intention of giving up what he has: - a successful career in business, a beautiful wife and two children, and an amazing sex life with his gay best friend.

But when misfortune befalls him again and his memory fails him, he begins to question…. Is he guilty of the crimes? Or is someone trying to frame him?

Murder Oblivion is a dark and erotically thrilling crime novel about a life spiralling out of control where nothing seems to make sense, and where the story twists and turns towards a shocking conclusion

My book "My Foreign Master's Degree " is an innocent sharing of my life transforming experience of studying in Australia that changed my life. The book also talks about magical experience of meeting God in Melbourne. Book available for free from 1 to 5 June 2020. Pls be kind to provide your valuable reviews.

Hi Caroline, I’m Michael, and checking with you for your interest in reading/reviewing my non-fiction, personal development book on emotional maturity entitled “From Emotional Intelligence to Emotional Maturity”...

I can send you a PDF, mobi or Epub file, and I am willing to mail a physical copy of the book to those who truly enjoy reading non-fiction books in the personal development genre, and are willing to post a review on Amazon and Goodreads, and their own social media/blogs if they also have their personal reviews on such platforms. If the review is unfavorable, please allow me to know first before publishing it, thanks!

Have a great weekend,
Michael

My name is Reina Sasaki, and I’m the author of WHEN GOD SAYS NO, a YA School Life, with a touch of mystery, about two girls who struggled to understand the value in being alive.

Synopsis — When Rie decided to walk into the sea, she was saved by a mysterious girl named Ryoka. Through her, Rie rediscovered a new purpose in life, and a passionate friendship. But Ryoka had her own dark past, and their friendship may not be able to withstand the secrets between them. Will either girl survive, when they’ve put their faith in each other?

For more information, please use this link https://www.goodreads.com/book/show/5...

If this sounds like a book that might capture your interest, please allow me to forward you a free copy in the format of your choice. Or, if you prefer paperback, I would be happy to send one as a gift to you. You can message me through Goodreads or this email ll.beth1306@gmail.com I have also written short stories you can read for free on my website. If you like to see my writing style, please do not hesitate to visit me at https://reina-sasaki.mailchimpsites.com

Thanks very much for your time, and I look forward to hearing from you soon. 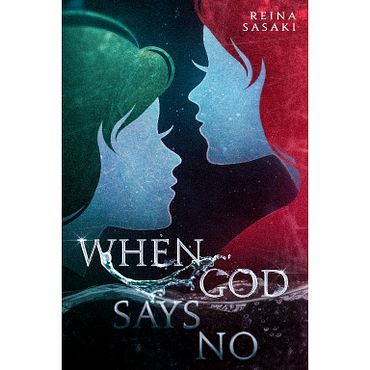 How To Control Your Alcohol Consumption (other topics)