Mod
This thread focuses on the history, events, and people associated with the East African (Abyssinian Campaign) during World War II. 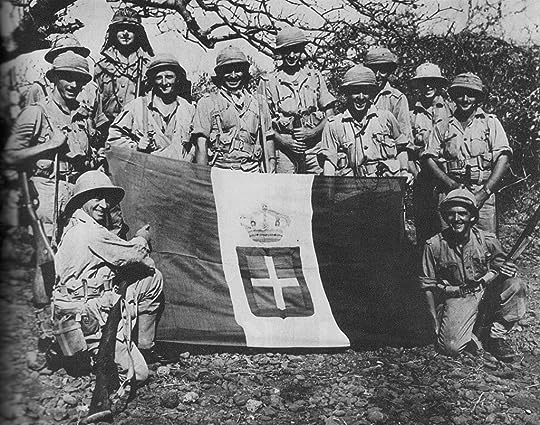 South Africans at Moyale after the Italian forces had withdrawn. 1941

The East African campaign (also known as the Abyssinian campaign) was fought in East Africa during the Second World War by Allies of World War II, mainly from the British Empire, against Italy and its colony of Italian East Africa, between June 1940 and November 1941.

These were joined by the Allied Force Publique of Belgian Congo, Imperial Ethiopian Arbegnoch (resistance forces) and a small unit of Free French.

On 13 June 1940 an Italian air raid took place on the base of 237 (Rhodesia) Squadron RAF at Wajir in Kenya and continued until Italian forces had been pushed back from Kenya and Sudan, through Somaliland, Eritrea and Ethiopia in 1940 and early 1941.

The remnants of the Italian forces in the region surrendered after the Battle of Gondar in November 1941, except for small groups that fought a guerrilla war in Ethiopia against the British until the Armistice of Cassibile in September 1943, which ended the war between Italy and the Allies.

The East African campaign was the first Allied strategic victory in the war; few Italian forces escaped the region to be used in other campaigns and the Italian defeat greatly eased the flow of supplies through the Red Sea to Egypt. Most of the Commonwealth forces were transferred to North Africa to participate in the Western Desert Campaign. 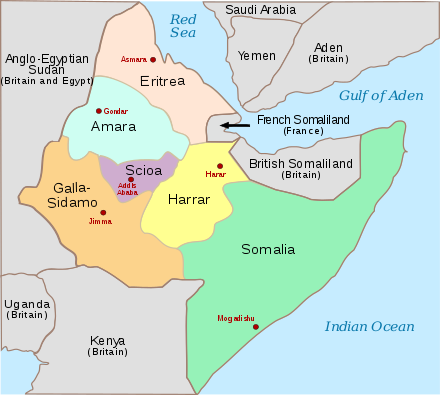 Italian East Africa, May 1940, before the conquest of British Somaliland 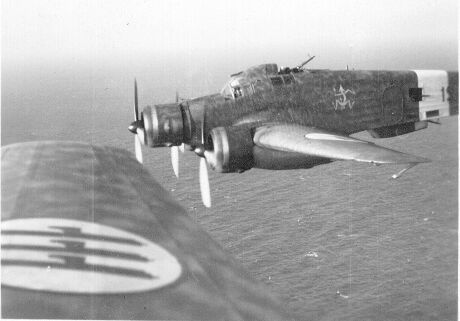 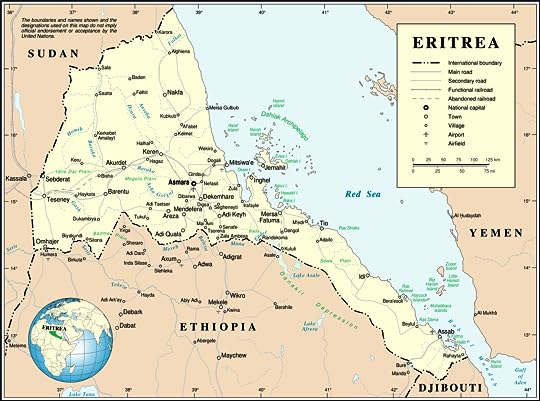 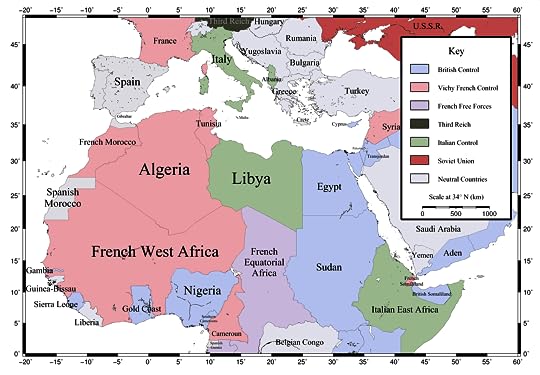 Africa in 1940 - Jackaranga - Own work
Southern Europe and Northern Africa before the start of the w:Western Desert Campaign 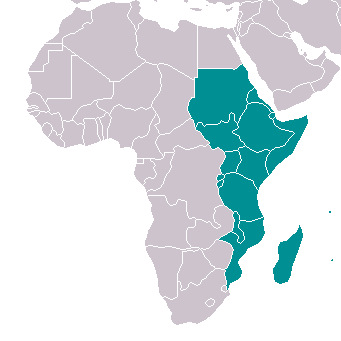 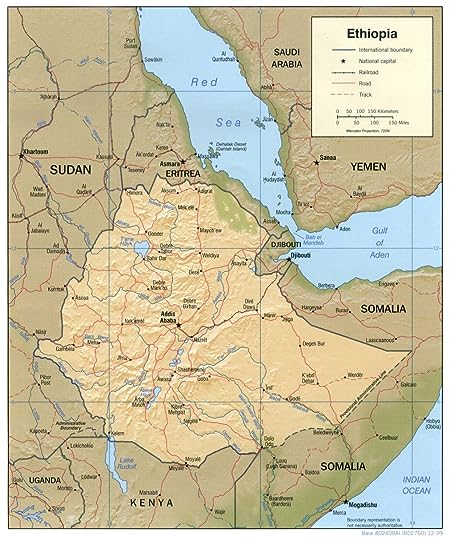 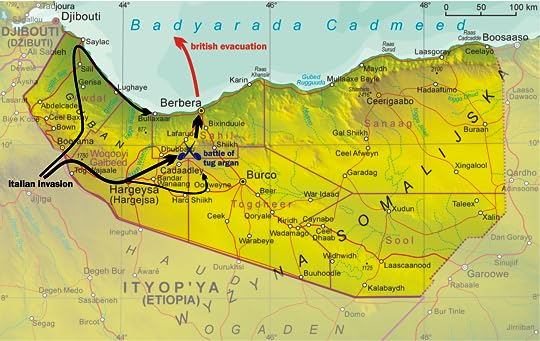 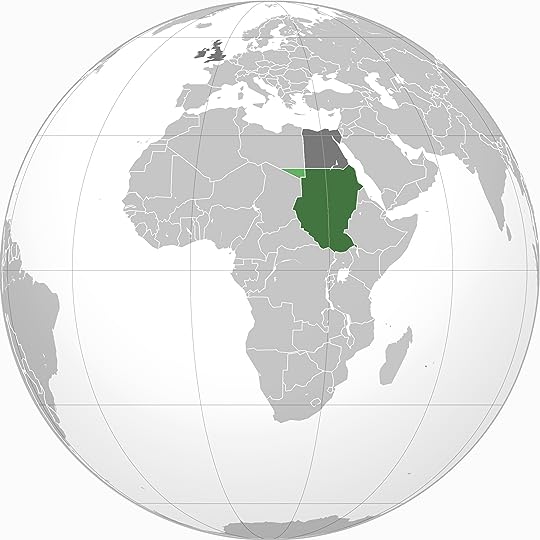 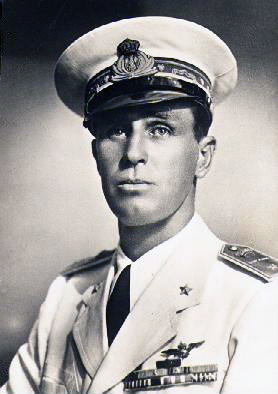 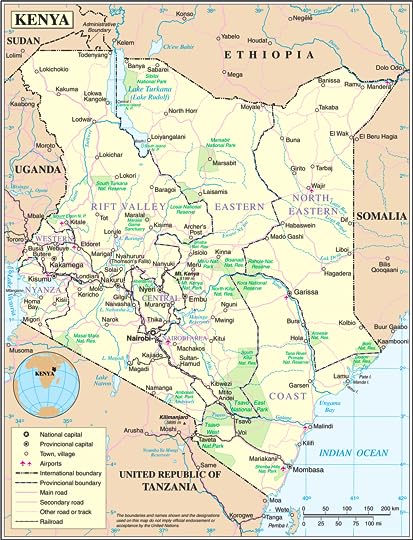 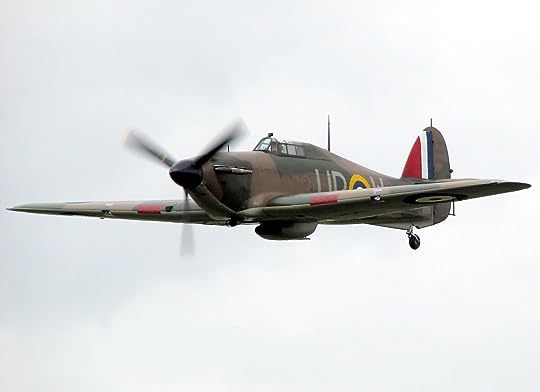 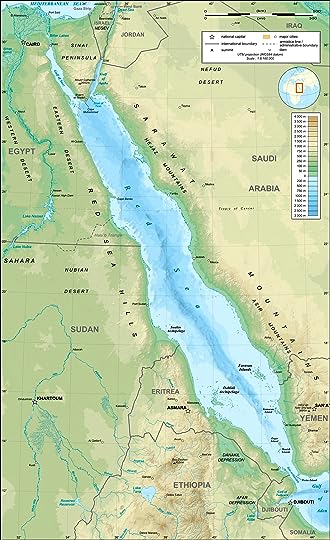 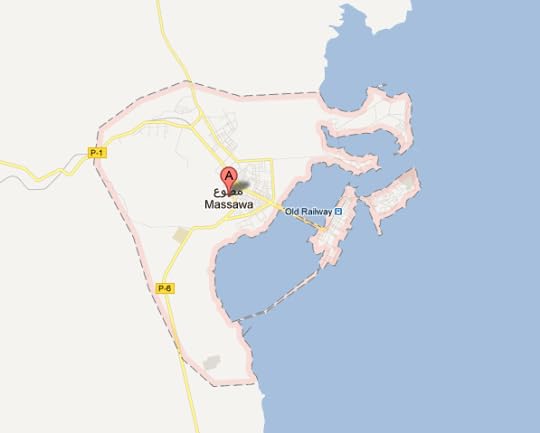 Map of Massawa which include the mainland and the two islands, Taulud and Batse- Map of the Italian naval base at Massawa - Ermias10 - Own work 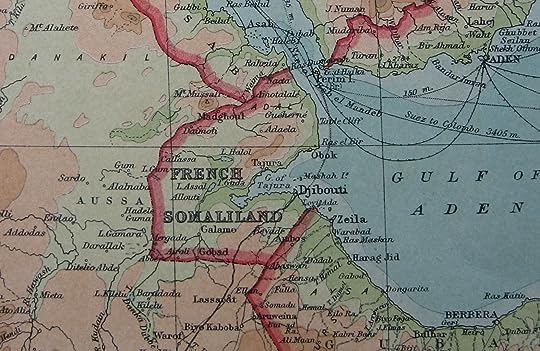 French Somaliland and Gulf of Aden area. Cropped from a map of Egypt and the Red Sea in The Times Survey Atlas of the World (1922). 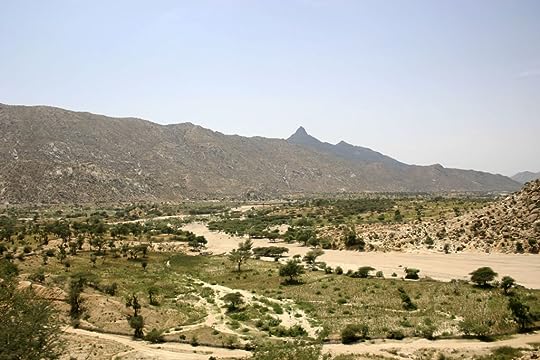 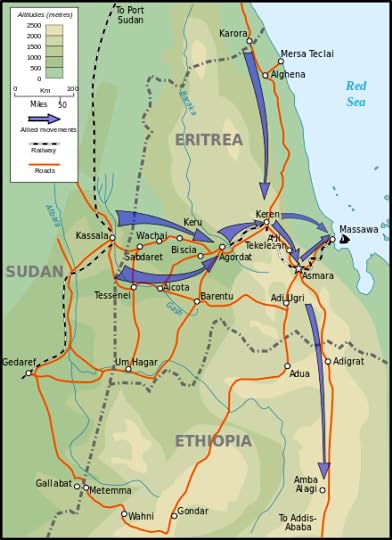 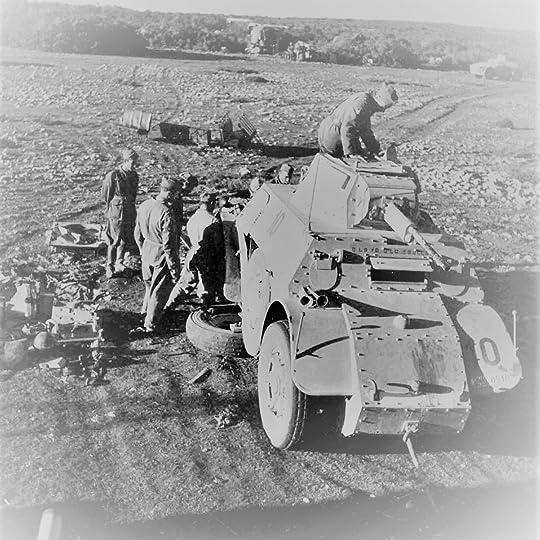 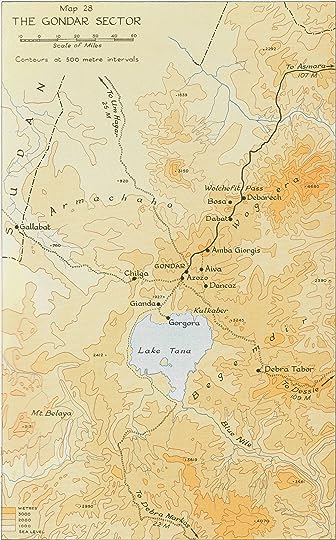 Gondar sector, during the East African campaign - I.S.O. Playfair - Chapter 16, Playfair, I.S.O. (1956). The Mediterranean and Middle East: "The Germans come to the Help of their Ally" (1941). HISTORY OF THE SECOND WORLD WAR. II. London: Her Majesty's Stationery Office. 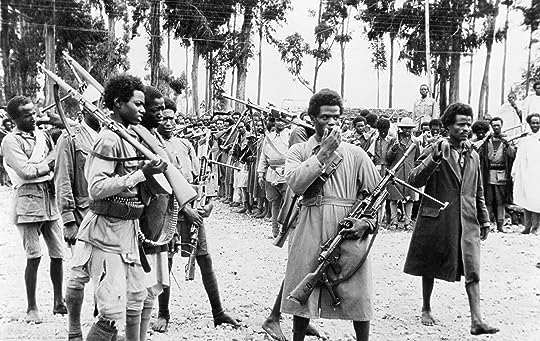 Ethiopian men gather in Addis Ababa, heavily armed with captured Italian weapons, to hear the proclamation announcing the return to the capital of the Emperor Haile Selassie in May 1941 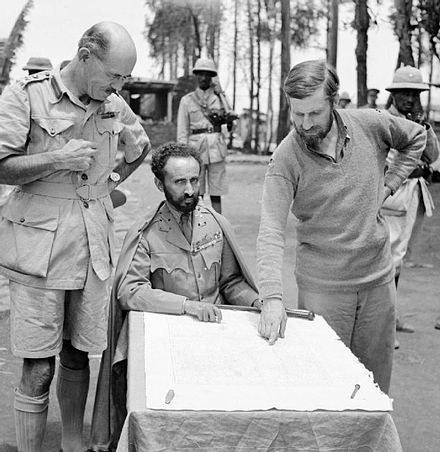 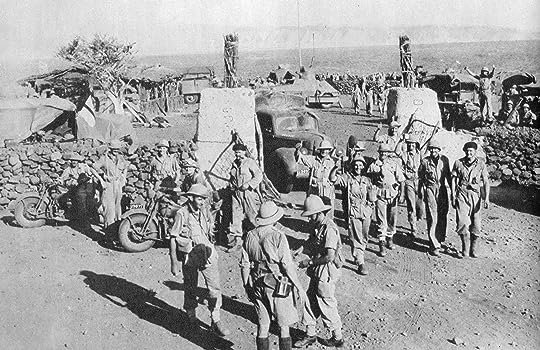 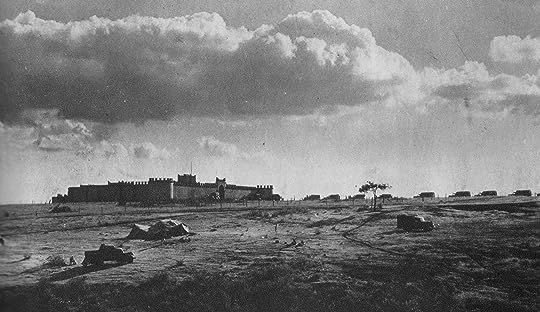 Map of Eritrea showing the ports of Massawa and Assab 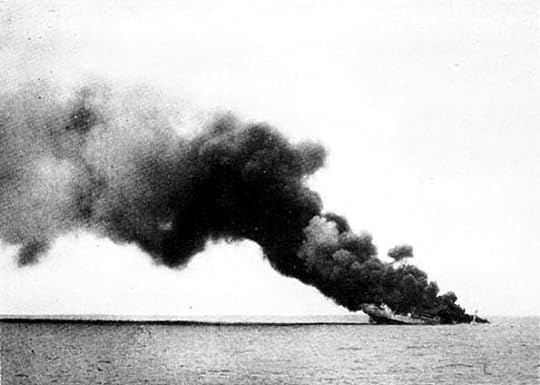 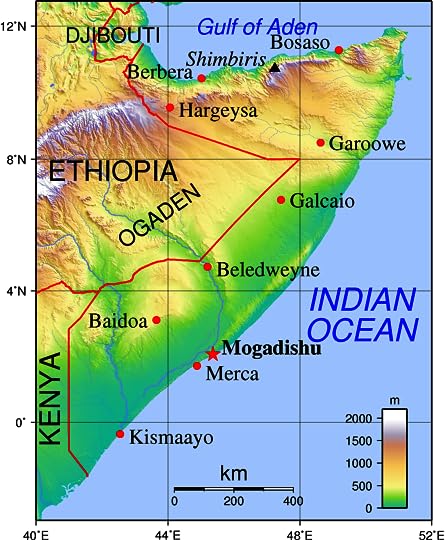 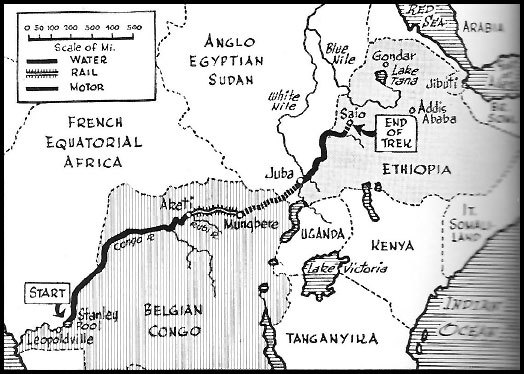 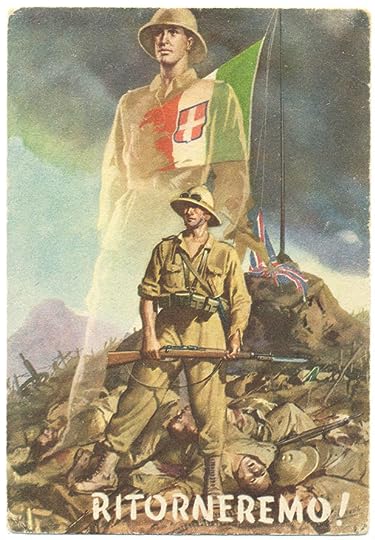 The League of Nations "noted" and "deplored" the act of fascist aggression, while the bombers sprayed mustard gas and fighters machine-gunned the fleeing survivors of the Ethiopian army. This is their story.

Mod
The First Victory: The Second World War and the East Africa Campaign

by Andrew Stewart (no photo)

Surprisingly neglected in accounts of Allied wartime triumphs, in 1941 British and Commonwealth forces completed a stunning and important victory in East Africa against an overwhelmingly superior Italian opponent. A hastily formed British-led force, never larger than 70,000 strong, advanced along two fronts to defeat nearly 300,000 Italian and colonial troops. This compelling book draws on an array of previously unseen documents to provide both a detailed campaign history and a fresh appreciation of the first significant Allied success of the war.

Andrew Stewart investigates such topics as Britain’s African wartime strategy; how the fighting forces were assembled (most from British colonies, none from the U.S.); General Archibald Wavell’s command abilities and his difficult relationship with Winston Churchill; the resolute Italian defense at Keren, one of the entire war’s most bitterly fought battles; the legacy of the campaign in East Africa; and much more.

Mod
Thank you so much Jerome for your add for the new thread.