Mod
As we move into Part Five, there are no interludes. Part Five is just six chapters and an epilogue, all that act as a setup for the next book in the series and giving some big payoff answers. Prepare thyself, the final 1-2 discussions are going to be intense. It's time to talk about the deeper things of this book!

We will talk about Realmatic Theory and Shadesmar in this section by focusing on Shallan and Jasnah's chapters. We'll talk about the other chapters and the larger topic of the Cosmere in the next post.

In these sections, we finally get some big answers.

First, Shallan realizes that Jasnah's soulcaster is fake and that Jasnah is soulcasting without a fabrial. She also shows Jasnah that she's seen Shadesmar and shows her a picture. Jasnah is surprised but unmoved. SO SHALLAN DROPS INTO SHADESMAR IN FRONT OF HER. It's good to note how collected Jasnah is in rescuing her. When Shallan returns, we see that Jasnah, though in Shadesmar, is still there at the table, eyes closed.

It's worth quoting Shallan's talk with the mysterious invisible creature that's been following her. The creature says to send her back to Shadesmar, it requires a powerful yet very personal truth.

“What am I?” Shallan whispered. “Truthfully?” It was a day for confrontation. She felt strangely strong, steady. Time to speak it. “I’m a murderer. I killed my father.”

Then, we're given a huge answer: the voidbringers are the dull-looking Parshmen that currently serve in every Roshar town.

Flame and Char. Skin so terrible. Eyes like pits of blackness. Music when they kill.

“We defeated them…” Jasnah said.

“…but the legends lie about one thing,” Jasnah continued. “They claim we chased the Voidbringers off the face of Roshar or destroyed them. But that’s not how humans work. We don’t throw away something we can use.”

I'm not gonna lie: that last sentence gave me the chills. Too real, Sanderson. Too real.

But how is this possible? Can they prove it? Can they stop the Desolation? Will anyone believe them?

Finally, Shallan realizes that her father was part of the Ghostbloods, a group trying to kill Jasnah among other things. They were the ones who sent Kabsil. They are also the "friends" that have been talking to Shallan's brothers.

And so ends the plot for Jasnah and Shallan in this book.

I've heard that most enjoy Shallan's plot the most in this book. But this is Kaladin's book (he's the flashback focus). However, the next book, Words of Radiance, is Shallan's book and gives her backstory. If you liked her in this book, you will LOVE her in the next. I recommend reading it immediately so to not forget all the details from this book. 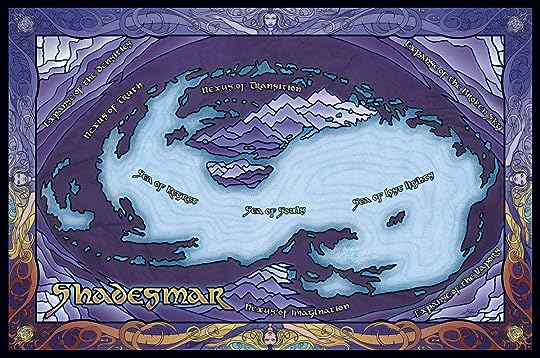 So what is Shadesmar?

To answer that, I need to talk about (what Sanderson calls) Realmatic Theory. Basically, in Sanderson's universe ("the Cosmere"), there are three realms:

The Physical: what you are now.
The Cognitive: what you see yourself as being.
The Spiritual: the perfect you, the person beyond pain, and error, and uncertainty.

The first time Shallan visits Shadesmar (when she holds the goblet of spheres), she holds a glass bead which represents the goblet in the Cognitive Realm. She asks it to change and it responds with a thought:

Goblet: “You want me to change? I’ve been as I am for a great long time, the warm voice said. I sleep so much. I will change. Give me what you have."
Shallan: “I don’t know what you mean! Please, help me!”
Goblet: "I will change."

Then stormlight (from the spheres in the goblet) flows through and leaves Shallan, enabling the soulcasting. 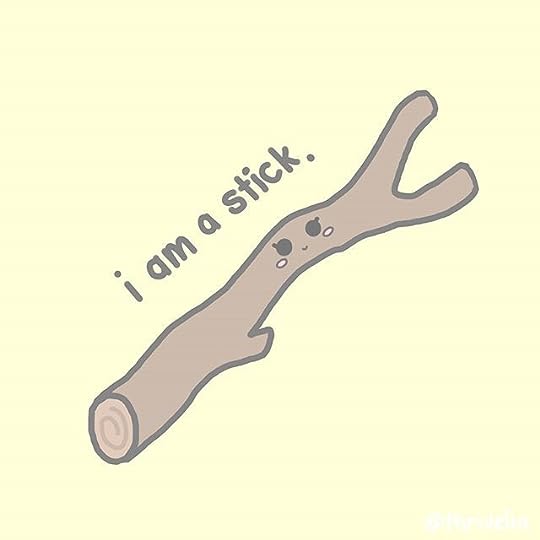 Let me give another example using a stick. Here is the stick in all three realms:
The Physical: a stick
The Cognitive: the stick thinks it's a stick
The Spiritual:: a stick

However, you could go to the Cognitive Realm (Shadesmar) and convince the stick to believe it is fire instead of a stick. Using stormlight, this would change the stick in the physical world, starting the stick to either burn or turn into a flame.

This is probably the most complex thing in Sanderson's Cosmere. However, if you work to understand it, it really opens up storytelling options. It's also something that pays off in every Cosmere book you read. It's not just a Stormlight Archive thing.

How each realm (and the objects in each realm) interact with each other makes for some crazy plots. The more you think about it, the more questions to get:

- Can someone live in the cognitive realm without a physical body?
- Is time and distance the same in all realms?
- Why is everything inverted in Shadesmar?
- If you enter Shadesmar without stormlight, are you stuck?
- Can you change your own self in Shadesmar?
- Is there a way to cross over and back from the Spiritual Realm?

What questions do you have about Shadesmar or Realmatic Theory?
What neat storytelling opportunities do interacting with these different realms make?
What other things stuck out to you in these chapters?

In the next post, we'll be looking at Szeth, Kaladin, Dalinar, and Hoid/Wit's final chapters. We'll be talking about some BIG revelations. We'll also be talking about the overall Cosmere and who Hoid is.

Mod
So first of all, about Jasnah's fake fabrial.

I loved the explanation for the bad jam and why Kasbal died. I'm really looking forward to an explanation of Shallan's "I killed my father" in the next book. Shallan's reasoning for why Jasnah should let her stay - "I can be someone you don't have to lie to. Someone who knows." - hit me hard. I mean, isn't that what so many of us want, someone who knows us, someone we can talk to, someone we don't have to hide parts of ourselves when they're around? I imagine Jasnah is tired of all the hiding and pretending, since that was a really convincing argument for her.

I got chills with the Parshman revelation, too. Yes, humans don't throw away things they can use, even when that thing is a person. I can even imagine a way that enslaving the Parshmen would feel like justice. They came and killed so many humans, so now they are slaves. But it's so scary dangerous, especially with that idea that they have some kind of hive mind that the humans don't really understand and could turn murderously angry without notice. "They serve our food. They work our storehouses. They tend our children... We ignore them..." That's a pretty terrifying place to be.

I'm not sure how much of the Shadesmar stuff I grasp, but it'll be fun learning more about how this world works.

Mod
I want more of Jasnah and Shallan!! For parts one through four their chapters were interesting, and in a way a break from the weariness of war and destruction. But there's so much more to both of them and I'm just.... intrigued. I felt something was off with Jasnah, so when her big reveal came it made complete sense, although I didn't pin down the specifics of the plot twist. And Shallan? A murderer?? What. Is. Happening. I need more now.

The Realmatic Theory mostly makes sense, but Shadesmare is a little... mind boggling. Like I said in the other part five discussion post, I feel like I need to immediately restart after getting all the way through because there's so much I didn't understand at first.

These chapters are crazy awesome! So many revelations at once!!!

Words of Radiance (other topics)