Mod
((Tell me the following things (bracketed is my character):
Name: (Lizzy Axel)
Gender: (Female)
Species: (Huntress) -You can make this up-
Personality: (Very quiet, she always has time to help her friends but finds it difficult to tell people her feelings)
Appearance: (https://www.pinterest.co.uk/pin/66723...)
Other: (nothing)
Have fun!))

Species: Human/alien (Her fathers were astronauts and adopted her from a half-blood orphanage)

Name: Chayne Villio
Gender: Female
Species: Mutation (Human/Bird)
Personality: Quiet and jumpy. Easily startled. Doesn't like socializing, because she's often made fun of for being a mutation. Once she trusts someone, she's a loyal friend who'll support them through anything.
Appearance: 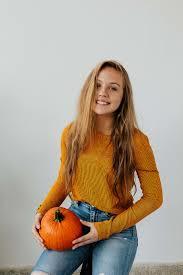 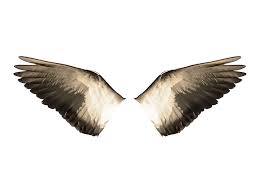 Species: Robotic-Human (half incorporated into a robot)

Appearance: She looks normal, but she's a robot inside. 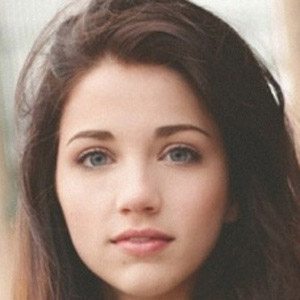 Mod
Name: Evonne Gallagher (Evony)
Gender: Female
Species: a half-wolf
Personality: not shy, untalkative, kinda rude (depends on how you take it)
Appearance: mixed with a grey wolf, and wears the same dark green hoodie every day with the hood up most of the time. She also wears bracelets and earrings
Other: she was an experiment in space when the ship exploded her DNA was combined with a wolf’s DNA

Mod
yep! ^W^ cept she was a test experiment so she is very rough

If anyone wants to make a pure-human character to antagonize (Mah big word for the day) Chayne, Evonne, and any other mutations, then that would be appreciated.

I could make one, but I'm an amateur Roleplayer who is really bad at Rping more than one character at a time.

aren't we all? XD Fine I guess I could make one it depends on if there is a character limit

There's not a character limit, but I would suggest stopping at four.

I think that is completely fine. Actually, I think it's awesome. I'm a proud lesbian, so it makes me get warm fuzzies when I see that people have LTBG+ characters.

Name: Ento Galager
Species: Ento is a special type of genderless human created by years of messing with DNA
Appearance: Can I write this later?
Personality: Hates getting bullied, does NOT like labs! Technically is a pure but despite that got bullied a lot

I'm just going to tell you about my philosophy. You don't have to listen to me, because I'm weird, but here it is.

True friends are the people that you know you can trust. If you come out as LTBG+ to a friend and they leave you for it, then they were never worth your time in the first place.

So sorry I don't know much about these sort of things but why not?

Mod
Love is all you need! wrote: "Buttt I can’t be I go to church every Sunday and I have a bf who thinks I’m straight! I can’t be bi."

Love is all you need! wrote: "Ummmm I don’t believe that no offense but guys are for girls and girls are for guys. Do your parents know your les?"

Yeah. They know. It's not a sin to be LTBG+. That's like asking if it's a sin to like cats.

Mod
that would be strait my dude

Do we really need to put labels?

Mod
hay could i add dorms?

History: Praetorian comes from a distant planet where humans and sentient robots fought a century’s long battle for supremacy. Neither side emerged victorious for in the later years of the war the planet’s sun began failing and cooling. In order to ensure the survival of either race, the machines and humans were forced to work together and then to eventually merge into a single species of human/machine hybrids. For eons, the Terondan species kept to itself slowly rebuilding their destroyed planet and trying desperately to devise a method to save their sun. In the end, they failed and were forced to relocate to another galaxy which brought them into contact with humanity. Diplomatic relations were established and the displaced Terondans began to regain some of their own humanity.

Known Abilities: Large portions of Tomas’ body have been replaced by advanced mechanical parts granting him superhuman strength, stamina, and flight. His mechanically-enhanced body, much of which is metallic, is far more durable than a normal human body. Praetorian’s internal computer system can interface with external computers. His mechanical parts contain a wide variety of tools and weapons, such as a grappling hook

Mod
All characters have been approved

Mod
Also, everyone LGBTQ+ (that's what we call it where I'm from) is definitely okay in this group and, although I am not part of the community, I have many friends who are either bi or lesbian and I fully support them and anyone else.
(Just had to get that out there:))