Mod
This is the discussion area for the Buddy Read of

We will start reading this book on January 20th.

Please feel free to join in and read with us at any time :)


Description: Once a broken girl known as Sorrow, Holly Chang now prowls the shadowy gray underground of the city for the angels. But it's not her winged allies who make her a wanted woman--it's the unknown power coursing through her veins. Brutalized by an insane archangel, she was left with the bloodlust of a vampire, the ability to mesmerize her prey, and a poisonous bite.

Now, someone has put a bounty on her head...

Venom is one of the Seven, Archangel Raphael's private guard, and he's as infuriating as he is seductive. A centuries-old vampire, his fangs dispense a poison deadlier than Holly's. But even if Venom can protect Holly from those hunting her, he might not be able to save himself--because the strange, violent power inside Holly is awakening...

No one is safe.

EARN THIS BADGE FOR READING THIS BOOK! 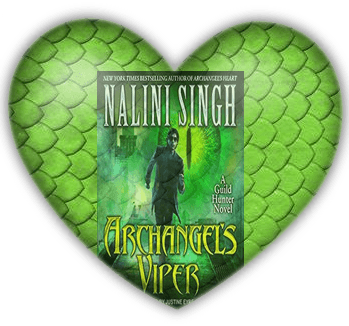 Mod
Oooh, I love that this one is about Venom!

I was a *bit* disappointed that we didn't get to see more of a Bluebell and Sparkle bromance in the last book. Hopefully Venom makes up for that :)

Mod
Yes, I love the banter/tension between Venom and Holly. Holy Crap!(view spoiler)[Who put a bounty on Holly? (hide spoiler)] I wish something would happen with Bluebell and Sparkle.

Mod
Who is behind this? (view spoiler)[ Could it be Charisemnon, LiJuan or both? They worked together before to destroy Raphael and take his territory. This is happening @ the same time as the previous book. Maybe this is why they want Raphael flying off in search of LiJuan so they can try to take his city? (hide spoiler)]
Kenasha is so nasty!!! I hope his feathers all fall off. Daisy? What is in her blood?
Holly has some interesting abilities. 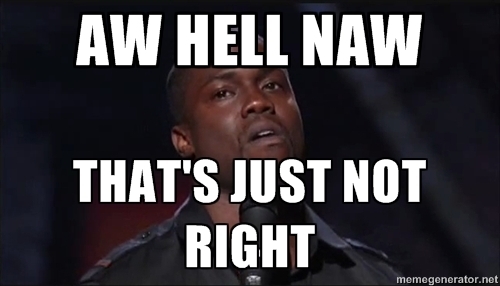 Hehehe I take it, you've started reading this one.

Mod
Midu wrote: "Hehehe I take it, you've started reading this one."

Yes! Have you started?

Mod
(view spoiler)[What the Hell did Mikala do? Is that thing Uram or whatever he put inside of her? (hide spoiler)]

Mod
Just finished and loved it. There was some freaky stuff in this one but I enjoyed.

Hello I just posted in the other thread but in case you guys aren't getting those updates anymore, I wrote:

Hey guys. How your all are well. I'm doing ok. Getting stronger. Got a puppy this weekend. How are you ladies second?

Leigh, what device and app do you use to put your audiobooks on?

Mod
Leigh wrote: "Who is behind this? [spoilers removed]
Kenasha is so nasty!!! I hope his feathers all fall off. Daisy? What is in her blood?
Holly has some interesting abilities?"

I didn't catch that this was the same timeframe as the last book.

Mod
Sheri wrote: "Leigh wrote: "Who is behind this? [spoilers removed]
Kenasha is so nasty!!! I hope his feathers all fall off. Daisy? What is in her blood?
Holly has some interesting abilities?"

Yes, it is at the beginning Viper or Dimitri says Raphael and Elena are away at a Cadre meeting.

Leigh wrote: "Midu wrote: "Hehehe I take it, you've started reading this one."

Yes! Have you started?"
Not yet!

Mod
Midu, Can't wait to hear what you think?

Mod
What the heck did Daisy do??

Mod
Sheri wrote: "What the heck did Daisy do??"

Mod
Sheri, did you finish?

Mod
Can't wait to see what you thought of it!

This is what I'm listening to right now...what is it???

Mod
Finished. I love Venom. How and why he was made is so sad. Holly is good for him. (view spoiler)[Do you think Lijuan is like Urim? She was shot with angel fire...so maybe there's just some consciousness left to her? (hide spoiler)]

Mod
Sheri wrote: "Finished. I love Venom. How and why he was made is so sad. Holly is good for him. [spoilers removed]"

I agree with you. Venom didn't deserve how he was treated by his family. Yes, Holly is good for Venom. They balance each other out.

Mod
Sheri, here is your badge.

Guys, I sold a story to a magazine that is distributed on the planes by our national airline, PIA!!! Just 400 words long but it gets published in March :D

Mod
Midu wrote: "Guys, I sold a story to a magazine that is distributed on the planes by our national airline, PIA!!! Just 400 words long but it gets published in March :D"

So finally finished this one. I was glad to take a break from all the heavy archangel politics. Holly and Venom are a good match!

Mod
Midu, here is your badge.

Mod
So...does anyone else think the Legion is a little creepy?

Mod
They are creepy!