This topic is about Mastiff
14 views
Archive: Other Books > (Poll Ballot) Mastiff by Tamora Pierce

Tamora Pierce is one of my go-to authors. On a cloudy day (it's literally cloudy today), she's guaranteed to lift my mood. It's started in highschool with Song of the Lioness series and even if I haven't quite kept up with all the spin-off series, I am slowly going through them... They are set aside for such a day as today ;p

In saying that though I think I sort of regret that I didn't get onto this trilogy earlier. I just loved that dogs play such a big role in this trilogy (yes, I'm totally a dog person) and Beka is a very easy character to cheer for. She has such a big heart and a champion for justice. When she's caught scent of her quarry, she'll keep at it until justice is served.

This trilogy is told in journal entries (Beka's) and Tortallans (set about a century before Song of the Lioness) have a rather interesting speech so it got some getting use to. Each of the book in the trilogy, however, are set years apart and the epilogue in this book set up a nice segue into Song of the Lioness that I feel I'll have to re-read for the umpteenth time!

I'm not going to say too much about this book in particular because it's the third in a trilogy but this 580 page tome has taken me on an emotional roller coaster with the introduction of a humourous new character and an unexpected betrayal. Highly recommended if you love YA fantasy whether or not you've read Song of the Lioness series. 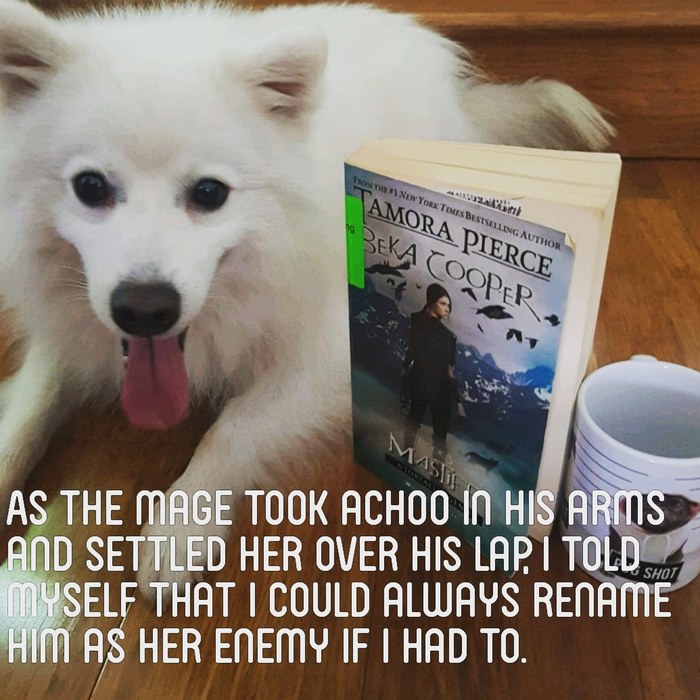 ~from my insta feed

Sounds great. I haven’t read any Tamora Pierce for a while - about time to remedy that ...

KateNZ wrote: "Sounds great. I haven’t read any Tamora Pierce for a while - about time to remedy that ..."