Yeah!... So... whats the plot and are we doing Greek or Roman gods?

Greek? It'd be fun to do Roman, but I don't know about Elizabeth.

Yeah, I would prefer Greek, though.

Ok Greek it is I guess

So now who's a child of who? I'd prefer Hades, if not then Poseidon, then Zeus are my preferences.

So, one child of Hades, one of Zeus, one of Poseidon. Who is who? And do you guys have any ideas? :D

I'm fine with being anything, so you guys choose :)

I would love Zeus child, never been able too play one


And should we do a posting order since we keep posting at the same time?


Also note I loath doing detailed profiles. I normally just do something quick for that and let everything else some out in rp. Is that okay with you guys?

I'm fine with being a child of Poseidon :D

I don't do detailed profiles either, but I'm detailed with my posts. I do NAME, AGE, GODLY PARENT, and APPEARANCE. Nothing more, nothing less.

Yeah my detail in posts depends on my mood and my rp partner. What age range for this? I normally like late teens. Should we also put how long they've been at camp?

Plus powers I think :)

I'll make mine right now, is that okay?

Actullly can I be a Poseidon child? If you don't mind Anastasia

I'll be a child of Zeus, then.

sure. I'll make mine as well. 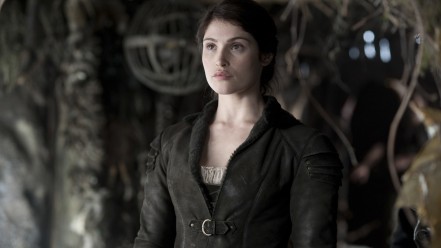 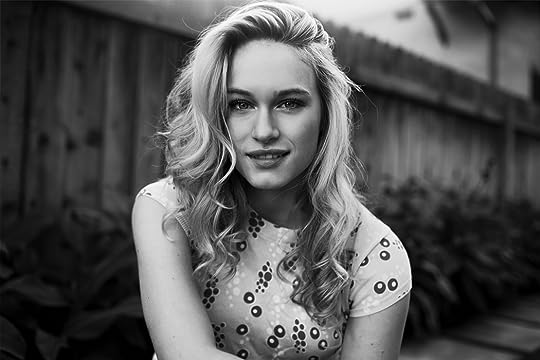 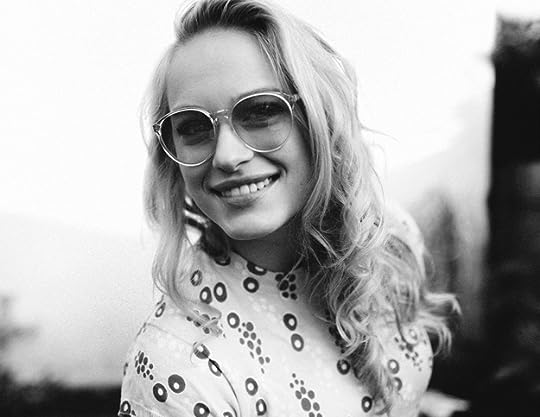 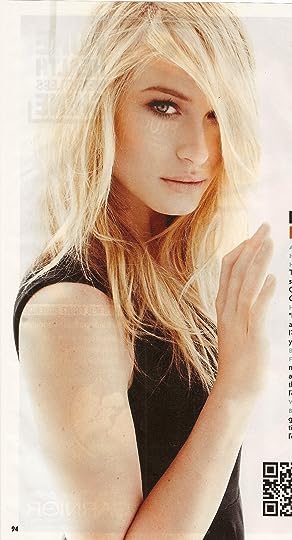 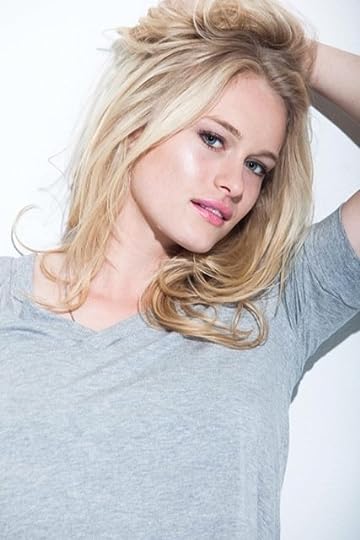 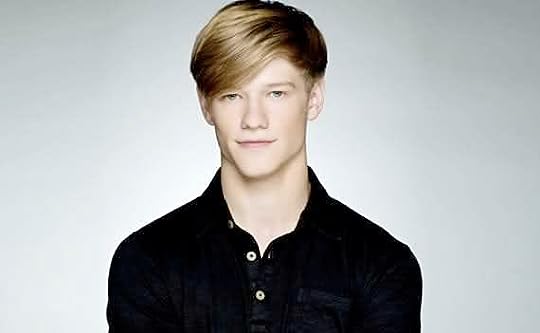 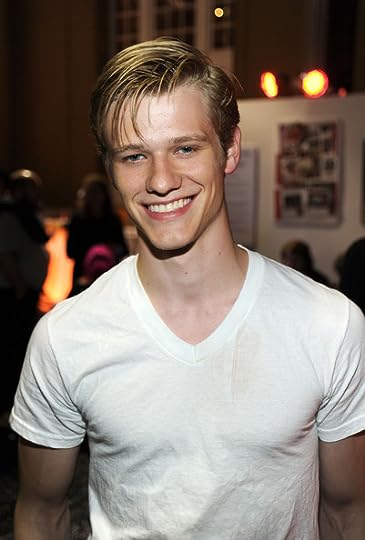 Did that guy play that guy in The Spy Next Door feat. Jackie Chan?

Alright yay! So posting order? And how should we start this?

Elizabeth wrote: "Alright yay! So posting order? And how should we start this?"

Okay. So, the gods are conflicted about something so they've been causing a lot of disturbances across the world? Then Chiron warns the entire camp about the brewing war during dinner and (similar to Sea of Monsters) the oracle walks into the pavilion and says the prophecy about the three?

Sure, good way to set us off

What are the characters realshinops with one another?

Sounds good. and I'm going to be ghosting a bit now.

Gatsby Lover wrote: "What are the characters realshinops with one another?"

Maybe they know each other, but they don't like each other very well?

No problem.. so want to start us off?

Or do you just want to refer vaguely to the Oracle, like "the Oracle began speaking" like that?

Gatsby can you? I'd be horrible at coming up with a prophecy for them.

❅ αηαsтαsια ❅ ~ gσσ∂вүε мү нσρεℓεss ∂яεαм ~ wrote: "Or do you just want to refer vaguely to the Oracle, like "the Oracle began speaking" like that?"

Chiron walked to the center of the dining pavilion, his hooves making soft patters on the ground. Dionysus was following silently behind him, which was surprising since most of the campers would think he'd be in the Big House, doing whatever he liked to do these days. Chiron must've forced him to come and apparently he went along with it. Whatever they had to address to the Camp about was important--important enough for Mr. D to attend.

Chiron stopped in the middle of the pavilion, where everybody could hear and see him. His eyes scanned the Campers, who were all ears. They could tell that what he was going to tell them was important--and bad--too. Mr. D shot Chiron an annoyed glance when he was taking too long to begin, so without waiting much longer, Chiron began speaking, his voice ringing loud and clear among the silent dining pavilion. "The gods are on the brink of war," he began, his voice dead serious. He began pacing back and forth, letting the news sink in on the Campers. "A war greater than any other," he continued, pointing to the skies, which were dark with thunder clouds. "They are conflicted and it seems that their 'problem' is bigger than any of us thought. Things are not very good on Olympus, so I advise to each and every camper here tonight not to bother the gods at this time, understand?" His eyes passed over the campers again, making sure that they all understood. "Zeus is especially angered," he said, which was clear since the weather had been stormy the past few days despite the Camp's powers to control the weather inside the dome. "As are the rest of the gods, as you can tell from the recent... events." Chiron was referring to the disturbances that occurred in the last few days, like the unnatural waves in California and Florida, caused by Poseidon. The numerous thunderstorms across the country, cause my Zeus. Even Hades was angered, sending off a series of earthquakes throughout the western part of the US. "All we can do is hope that things on Olympus will get better," Chiron concluded, his eyes sweeping the entirety of the dining pavilion once more.

Avalon listened to Chiron, keeping her head down as he explained what was happening on Olympus. She was skeptical that the conflict in Olympus was even that bad. Besides, how could Chiron know anyway? It might've been someone questioning her father's power and because of his arraogance, he created a whole big deal out of it. Typical of Zeus, anyway. She glanced around each of the tables, trying to figure out how the campers' reactions were to this piece of news. The Athena kids were rolling their eyes. The Hermes kids went back to joking around. The Aphrodite kids were giggling and twisting their hair the entire time. Only her cabin was looking serious. Really? Geez, she thought the last cabin to be serious was Zeus' cabin. Why would they believe any of this, anyway? Avalon certainly didn't believe it.

Adella had been talking to a couple of the others at her table when Chiron and Mr. D came up. She was frowning at the news. All out war would not be good for any of them. What if that caused more fights to start breaking out in the camp as well? would the gods get their kids involved in this? She doubted Chiron was making a bigger deal out of this than he should be. Also there had been a bit more....ghostly activity recently. She'd thought a lot of that had been nothing though. The dead liked to exaggerate things she'd learned long ago but maybe this time they were actually telling the truth about something? Her frown deepened slightly. She didn't like the idea of just waiting around to see what would happen but it wasn't like there was much that could be done.

( Actually Poseidon is the Greek god of Earthquakes... I was surprised too and is this before or after Percy?)

((Not sure about the time frame, but I'm pretty sure that Hades also has some control over earth doesn't he? ))

( No his realm is the underworld, he cant cause earthquakes)

Elizabeth wrote: "((Not sure about the time frame, but I'm pretty sure that Hades also has some control over earth doesn't he? ))"

((Yes, that's what I thought, too. He can open up fissures in the earth, so why can't he create earthquakes?))

((I've started BoO but haven't had much time to read it.))

((according to the CHB wiki Hades does have Geokinesis))

(POSEIDON was the great Olympian god of the sea, rivers, flood and drought, earthquakes, and horses.)