Species and Power Information
Species: Fay
Powers:
⇒Air - she can manipulate air to move in different manners and change density. This allows her to block attacks and float
⇒Healing - she can heal injuries of people. This allows her the ability to heal her comrades. She is not able to heal her own injuries.
Strength:
⇒Wary - She does not trust easily. This keeps her from easily being caught off guard, and betrayal almost never happens to her because she did not trust the person (even her comrades) in the first place.
Weaknesses:
⇒Lonely - Because she is so suspicious, she is close to no one and thus lonely
⇒Emotionally detached - Lanarian has never been close to anyone and has preferred to analyze and learn about the world. As such, she is not good with emotions and appears to feel very little. 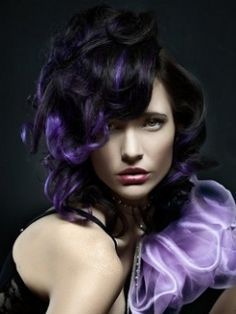 Personal
History:
Lanarian was born into the court of the queen. Even then, no one had seen the queen in generations. She grew up fairly spoiled, and she was permitted to learn her magic and fighting.

However, she was exiled from the queen's court because she offended a more powerful member when she was roughly 63. After that, she began to travel through the kingdom. She began to help out where she could manage. Whether people knew or did not know she was there did not affect this.

However, when she turned 111, she began to work as a body guard and guide for travelers. She has been doing this job ever since.
Personality:
Lanarian is lonely. She fears opening up to people due to her suspicious, nearly paranoid, nature. She spends time thinking of all the different ways people could betray her. This fact often drives others away from her, and she does not really mind that too much. She fears opening up to people.

She does, however, like activities involving other people. She likes to heal people, and she likes to spar and get involved in full-on battle. However, it is not necessarily the people or the activities themselves that she likes; it's the freedom she experiences in the use of magic.
Likes:
⇒Air
⇒Battle
⇒Healing
⇒Practicing magic
⇒Shadows
Dislikes:
⇒Emotions
⇒Being questioned
⇒Nosy people
⇒Broad daylight
⇒Captivity
Fears:
⇒Getting killed
⇒Being forgotten