Idea One: A young girl's parents have recently passed away. She wants to go live with her grandmother, but the grandmother lives on the other side of the forest. The girl is sent to live with her uncle, who is constantly drunk. The girl endures two months of abuse from him before running away into the forest, hoping to find her grandmother. As night falls, she finds herself completely lost, and hunted by wolves. The guardian of the forest, a boy about her age, finds the girl running from the wolves, and saves her from them. He takes her to his home to care for her, and they slowly fall in love.

Oh I like the 3rd one :) I'll be the boy -- can I use a character of mine? He's my main character for my NaNoWriMo novel.

Yeah, awesome! I don't do that idea often. Name, age, and appearance for charries? 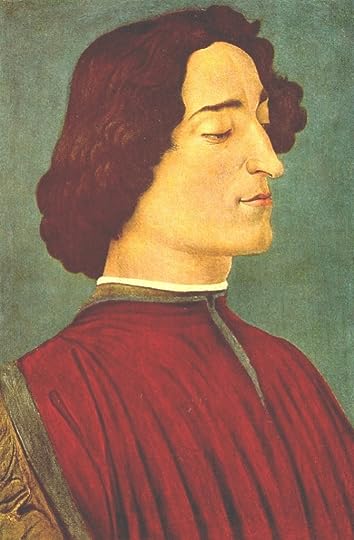 Sure. You or me first?


Tylia was thrown back into her cell after her latest memory wipe. She was a clean slate- again.

"Wait!" She screams at the retreating guards. "Why am I here?!"

They did not answer -- they had other work to do. They departed in silence.

Tylia bangs on the bars, unaware of someone watching. "What did I do?!"

They returned half an hour later, between the two of them a limp form in a crimson-stained blue

...a long Crimson-stained blue shirt. They threw him into the cell next to hers and locked the door. Then they went away.

Tylia runs to the separating bars and peers in, her eyes wide.

He was motionless and limp on the cold, stone floor. His nose had been bleeding but now stopped. His chest was still damp with blood, though.

"What the hell happened to you?!" Tylia cries out, her eyes wide with fear.

He was still unconscious. But after a moment he started coughing as though he was choking. "Aiuto!!" he tried to scream - but he only had so much voice to use, he could not project it enough.

Tylia stumbles back, startled. She presses herself against the back wall, biting her bottom lip.

"Muiou...?" Tylia repeats it, the word sounding familiar and easily sliding off her tongue.

He kept saying it and coughing until unconsciousness overcame him again.

Tylia trembles slightly, kneeling down next to the bars.

His chest was still bloody, and the floor around him was now slick with his blood... He breathed shallowly, his chest barely rising and falling.

He slept rather calmly.
After a while, the guards returned and picked him up from under his arms. They pulled him out of the room.

"Where are you taking him?!" She screams.

No response still.
They took him to another room elsewhere, where a medic waited. He removed the poor man's shirt and quickly began to clean his wounds.

Tylia breaths shakily as she slides to ground.

Giuliano was still unconscious. The medic soon had all of his wounds cleaned and was bandaging them with cloth. Then the guards dragged him back and dropped him in his cell. He had no shirt, but the bandages achieved the goal of covering him enough.

Tylia gasped when he returned, not even bothering to ask any questions.

He still laid motionless. His breath was still shallow.


He dreamt of his brother.

He slept for a long while. And then he woke.

Tylia stared straight ahead at the bars, confused.

He tried to sit up, but he was too weak. He could barely move. He coughed, and stayed lying down.

Tylia gasped at the sound.

He mumbled something else in Italian, trying again to get up.

"Are you okay?" She asks before she can stop herself.

He turned his head and looked at her. His eyes were glassy... She spoke English, he could tell. He had learned some from one of his brother's friend's students.

"What.. Is your... Name...?" He asked slowly, articulating each sound as perfect as possible.

"I'm what?" Tylia scrunches her face.