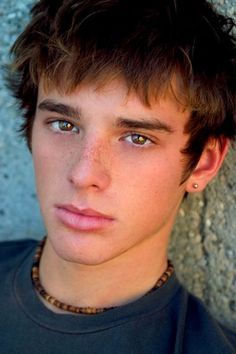 Likes: Rock, folk and metal Music also unwinding as he draws and Reading.
Dislikes: Silence, snow, people who over exaggerate.

Personality: Oakley is quiet until he get's to know you. He likes to spend time by himself a lot just drawing, or reading as he listens to music. Oakley tends to keep himself to himself, but every now and then he does open up to someone.

History:Oakley came from a family of wealth, but he always felt different. His parents were always arguing about each other and about him. He wanted to study Illustration and enjoyed rock music whilst his dad wanted him to take over his company. They clashed a lot and it got worse when he said to them about him being gay and wanting to go to university to study Illustration. Now he lives in a small apartment not far from University whilst his parents live a few towns over. They haven't spoke in a while, but his mother calls him sometimes.

Family: Lucy, his mother is 37. He doesn't have a lot in common, but they do speak sometimes on the phone. He feels angry that she never spoke up to his dad, but he still loves her.
Derek, is his father and is 40. Oakley has never had a great relationship with him and as he got older it got worse. Now he has given up trying to talk to him, trying to make him understand.

ahh aha sorry I had worked them out the wrong way sorry. I'm on my mobile just now, but I'll edit it in the morning for you. sorry about that. thanks :)

That's it sorted, sorry for the time it took aha.