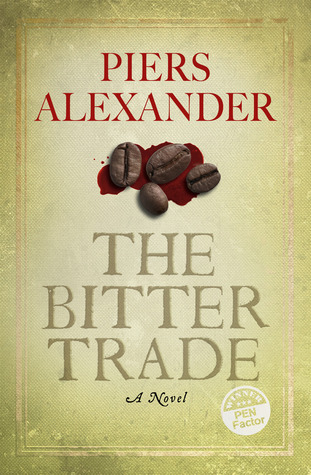 Book Synopsis:
The Bitter Trade is a historical adventure set during the Glorious Revolution: Rebellious silk trader Calumny Spinks must become a coffee racketeer and join the conspiracy against the King to save his father’s life.

In 1688, torn by rebellions, England lives under the threat of a Dutch invasion. Redheaded Calumny Spinks is the lowliest man in an Essex backwater: half-French and still unapprenticed at seventeen, yet he dreams of wealth and title.

When his father’s violent past resurfaces, Cal’s desperation leads him to become a coffee racketeer. He has just three months to pay off a blackmailer and save his father’s life - but his ambition and talent for mimicry pull him into a conspiracy against the King himself.

Cal’s journey takes him from the tough life of Huguenot silk weavers to the vicious intrigues at Court. As the illicit trader Benjamin de Corvis and his controlling daughter Emilia pull him into their plots, and his lover Violet Fintry is threatened by impending war, Cal is forced to choose between his conscience and his dream of becoming Mister Calumny Spinks.

I might join you for this one! Sounds interesting.

Mod
Oops! I forgot about this. Anyone still intending to read it? should I change the start date?

Me too! What about February?

February works a lot better for me!

The first 2 chapters I found a little hard going as I get accustomed to the style and the language used (thank goodness for kindle dictionary!).
I'm now up to chapter 10 and I'm finding I'm getting quite into it. The characters are all just so awful and I'm hoping Cal gets a break. (view spoiler)[ that scene with his mother was just the pits. I also get angry at his father for making him into a slave and not teaching him literacy or a recognised trade. I wonder why? (hide spoiler)]

Mod
OK, I finished. Overall I liked it, but I found the fact that every female is a whore and every male is a blaggard a little tiresome by the end. I'll be interested in your thoughts if you guys end up reading it

The Bitter Trade (other topics)