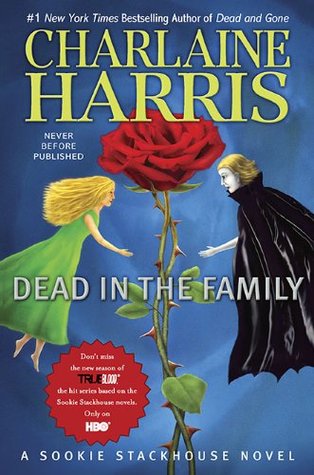 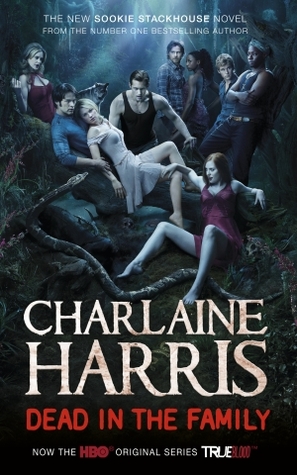 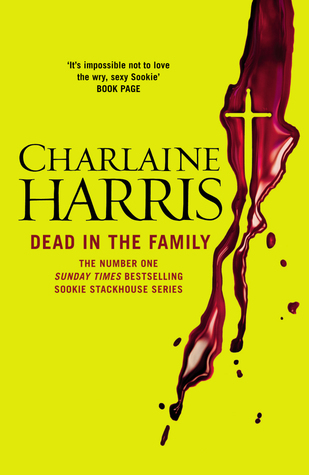 Sookie Stackhouse is dealing with a whole host of family problems, ranging from her own kin (a non-human fairy and a telepathic second cousin) demanding a place in her life, to her lover Eric's vampire sire, an ancient being who arrives with Eric's 'brother' in tow at a most inopportune moment. And Sookie's tracking down a distant relation of her ailing neighbour (and ex), Vampire Bill Compton.

In addition to the multitude of family issues complicating her life, the werewolf pack of Shreveport has asked Sookie for a special favour, and since Sookie is an obliging young woman, she agrees. But this favour for the wolves has dire results for Sookie, who is still recovering from the trauma of her abduction during the Fairy War.
☆★☆★☆★☆★☆★☆★☆★☆★☆★☆★☆★☆★☆★☆★☆★☆★☆★☆★☆★☆★☆★☆★


What is a buddy read?

Catch up then join us when you can :)

Okay I will try. I have a bunch of BRs going on right now.

The books seem like they're getting darker, or at least Sookie is getting a darker attitude. Though I don't blame her with what her life has been.

Beginning - Chapter 2
(view spoiler)[
Anyone else want Sookie to just say no when someone asks for a favor? They always seem to almost end up getting her killed. It almost feels like Stephanie Plum in a way where the characters never learn, or at least don't change their habits.

Ahh Debbie Pelt is back. They really should just burn that body and get rid of her.

I'm not sure having Claude stay with Sookie is a great plan considering she's dating a vampire and frequently has other vampires over...
(hide spoiler)]

I'm reading the 8th book, From Dead to Worse, catching up for the BR. I'm in chapter 4, (view spoiler)[aww when Sookie is worried about her looks Eric whispers to her "don't worry you're beautiful". He is what saves the series. :)

LOL, Jason’s only power from the Fae blood is only in attracting women for sex. Well that explains a lot. (hide spoiler)]

I will catch up soon! I will!

Did you guys want me to set up buddy reads for the next book too?

Chapter 3-4
(view spoiler)[
I'm so confused about Sookie's relationship with Sam. She seems to confide in him so much but then leaves out vast swaths of information like Claudine's death and other such things. He mostly just seems like the character that asks if she's ok and warns her about Eric now.
Though I have to say Sam got the best shapeshifting ability. It seems like the any animal thing is pretty rare since most just seem to have one. I wonder if that's why he's more of a loner since they tend to be packs based on animal type.
Terry seems like he went downhill a lot from earlier books I don't remember him being that out of it, though maybe I'm thinking more of the tv shows.
(hide spoiler)]

Okay, update. I finished book 8 and will start book 9 so that I can join for book 10 for this discussion. :) I'm getting there.

RachelvlehcaR wrote: "Okay, update. I finished book 8 and will start book 9 so that I can join for book 10 for this discussion. :) I'm getting there."

Speed reader! :) I feel like I should put that to the tune of speed racer.

Lol. That's funny. I said I'd try to get to the discussion. :P Book 9 will have to wait for a little since now The Lies of Locke Lamora is of high importance. I have DQs due in 3 hours. :O Gotta get with it!

Chapter 5-8
(view spoiler)[
Wow. They seem to like saving historic people. First Elvis and now Alexei. I wonder why Alexei didn't end up like Bubba did. No one seems to be terribly surprised that there's a corpse (2 corpses) hidden on Sookie's property.
I'm not sure how I feel about Appius Livius. He doesn't seem terrible for a vampire that old. I imagine you wouldn't have too much humanity left after all that time. Especially after having to hide for most of your life. Though it sounds like he's in trouble of some sort if he came. I wonder if he's heard about Sookie and it's something she can do.
I also like her little cousin quite a bit. I think it'd be super hard as a 5 year old boy to not say what comes to mind (or others minds!) as soon as you think it.
(hide spoiler)]

I'm catching up. I'm at the 25% mark in the 9th book. I'm getting there Kelly then I can read your spoilers.

I was surprised about the long prologue type thing before I even got to chapter 1.

Chapter 9-11
(view spoiler)[
Wow. Crazy russian royalty kids. Hrm. Sookie does seem to meet interesting people. I wonder how much was from his circumstances and how much was from him almost being dead when brought over. I don't know how a hemophiliac would have survived longer than everyone else.
I do wonder why they didn't get rid of Debbie Pelt's body at the same time as the other one. Seems like an oversight to me.
Eric seems like he's acting rather oddly.
(hide spoiler)]

I am almost finished with book 9 and will start the 10th today. :)

Sadie wrote: "Kelly wrote: "I was surprised about the long prologue type thing before I even got to chapter 1."

I thought maybe it was going to go by weeks/months instead of chapters. Once I hit chapter one, I ..."

Heh I had the same feeling.

Are you guys interested in doing the rest of the books as well?

#11 Dead Reckoning is due back for me tomorrow so I'll be reading that one real fast :)

#12 Deadlocked is due back in 16 days but seems to have a lot of copies so I could probably renew.

I would like it. Looks good for the next 3 books.

That's fine Sadie. I'll have a large gap between 12 and 13 anyway and I can come back and discuss with you :)

Chapter 12-14(end)
(view spoiler)[
I think she got rid of more enemies in this book than any other one. I'm not sure how Alexei went this nuts. The thing with the werewolves didn't really seem to fit well into the rest of the story. It felt a little tacked on. Overall I was so so on the story. I gave it a 3.
(hide spoiler)]

He was murdered alongside his parents, four sisters, and three retainers during the Russian Civil War by order of the Bolshevik government, though rumors that he had survived persisted until the 2007 discovery of his and one of his sister's remains. 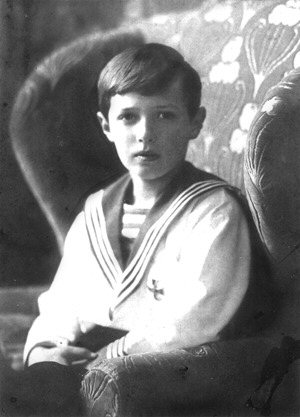 The book was published in 2010 so maybe she was writing it, or planning it, around the time the story came out about them finding the remains.
(hide spoiler)]

Oh goodness Kelly I have to catch up with you. I haven't started it yet. I will read some today.

Don't worry :) We can still talk as you read.

Going to go set up the threads for the rest of the series. Will be good to actually complete a series, I feel like I just keep starting new ones.

phew. Got them all done. Now I have to frantically read #11 heh.

Sadie wrote: "I don't know how I got thru 16% of the book already and I just got to chapter two."

Wow, I'm surprised at how long that was. Just now am I getting to Chapter One.

(view spoiler)[I agree. They do have an odd relationship. She is also very attracted to him, talking about his body like that. Doesn't she seem to just be lustful to everyone? Must be the Fae blood or she just enjoys lots of sex. :P

I like that theory you have about Sam's shapeshifting ability. He does do a lot of different animals, especially the lion. I wonder if it does keep him more of loner. I never thought of it that way. Good theory. (hide spoiler)]

(view spoiler)[I love her little cousin too. I wonder if we will get to see more of him. This is totally different from the TV show but so is everything else about the books and HBO show. They made so many changes it's amazing. I'm like what?! That doesn't match up. (hide spoiler)]

Also, I'm a little over half way through the book. :) I'm hoping to catch up and start on book 11.

I haven't kept up with the TV show but googling stuff provides interesting images.

I finished Deadlocked only recently so am definitely keen to join in when you guys get to Dead Ever After as I've been wanting to finally finish this series for ages!

Awesome. We have that one scheduled in January. I still have a long way to go on my waitlist at the library. 28th with 8 copies available.

You also can read it early (or earlier) and just leave your comments then come back and talk with us when we catch up. That's what I've been doing since we're all on different library/reading schedules.

Kelly wrote: "You also can read it early (or earlier) and just leave your comments then come back and talk with us when we catch up. That's what I've been doing since we're all on different library/reading sched..."

That's ok, I'm happy to wait until you all get to it. I've got a few other books to get out of the way first :-)