For Kitsune Princess and Aimee

What do you wanna rp?
Fantasy or Realistic?
Personally, I don't love romance, but I can work with it. Also I like to have details. At least a paragraph.

Ok. Any ideas? I usually like to elaborate off of other people's ideas...

Musicians are being hunted around the world. They once were revered as protectors, saviors, artists, but now they're feared. This is all because of a meteor that struck the earth. It gave certain musicians strange powers when they played their instruments. Each power was unique to the musician. Most used their powers for good; entertaining people and having fun. But as always there was someone who ruined it for everyone.

A group of musicians decided to wage war on their enemies. Now they're a dying race, living underground.

There are certain people who have magical abilities. They are known as Kaizen [idk]. These people are used by the government to carry out missions to 'better society' when in reality they're just pawns in a game. These people eventually rebelled and decided to take matters into their own hands. Sadly, they were wiped out by the government.

Now there are new Kaizen popping up. They are usually picked up by the government and killed. Some survive, but only through the efforts of a resistance group that is fighting the government.

Ok. Do you wanna be resistance or Kaizen? 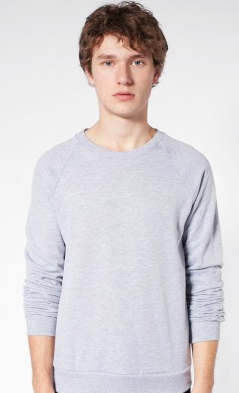 History:
Bryce lived with his mother for most of his life. They lived a relatively normal life, until his 12th birthday when his powers began to appear. He found that when he got emotional he would break glass; like windows and dishware. After about a year of hiding this power, his mother discovered it. At first she was afraid of being found by the government. She lived her life to protect Bryce, but eventually she drove herself mad. Finally she snapped and turned him into the government.

He escaped the cops and outsmarted them on several occasions. For the last few months he's been living on the streets, never staying in one place for long. He was always careful with his powers and learned how they worked...to some degree.

A few days ago he was spotted by the government and was cornered in a city. With nowhere to run, Bryce thought about turning himself in, but decided he would fight. With everything he had, Bryce held off the government for about a day. Eventually he passed out from exhaustion and surrendered to the fact that he was going to die. That was when he was picked up by the resistance group.