Okay, so first in response to your other question, yeah, there can be some romance, and I'll be Steve if that's who you prefer :) Honestly though, you can pick anyone to be for your non OC I don't mind.

And as for setting, it kind of depends on who you pick as your non OC....

Thor works fine for me :D

Cool :D So do you want to make our OCs and then decide on an overall setting? I guess it could be New York....IDK

five feet, nine inches; toned build
| Savannah Baxter |
| Age 27 |
| Intelligent; Sarcastic; Practical; Resourceful |
| Savannah was born and raised in Brooklyn. Her mother is a SHIELD agent and has been for years, and also close friends with Phil Coulson, and so Savannah grew up in that environment, knowing as much as possible about superheroes and SHIELD's work. Something happened to her (not sure what it should be yet!) and gave her intuitive aptitude as well as a perfectly eidetic memory, so she became an agent as well. She recently became a part of the Avengers. |
| Intuitive Aptitude; Eidetic Memory |

Cool :) I'll make mine now just using the same template you did to make it easier 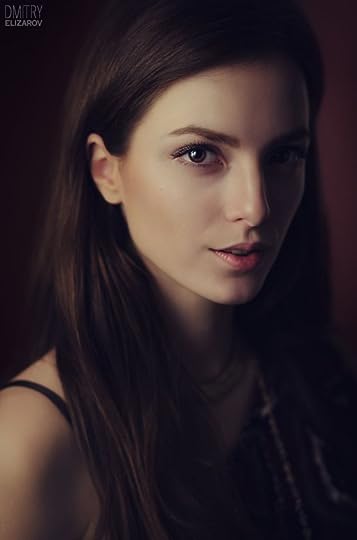 Thank you!!!! No matter what I do it never works for me :( Anyway, I was thinking of just revealing her history through the story as we go because I wanted her to be kind of secretive in a way... So, that being said, are we ready to start? If so, you can start if you'd like. Wherever you want to is good for me.

Steve entered the large room with the others, not looking forward to this. He knew that they had a new mission, and that meant that there was someone or something out there causing trouble or making chaos. It wasn't that Steve disliked his job, not at all, it was just that he couldn't believe how many truly evil people there were in the world. That was why he enjoyed this job. It was his job to help stop them. Nodding a hello to Natasha, Coulson and a few others that he recognized that had shown up to get information on the mission, he sat down, wanting to get this over with.

Lisabeth entered the room slowly, feeling very out of place. She was the newbie around here and literally knew no one, or at least didn't know them well enough to want to engage in conversation with them. She tried to enter unnoticed, but she could feel several people looking at her, probably because they were wondering what an insignificant agent like her was doing here with all of these important people. Even Lisabeth herself didn't know completely. She stood away from everyone else, trying not to get in their way.

Savannah observed the woman coming into the room, taking note of the way she carried herself, her appearance, and what she (assumingly) acted like. She had seen her before, several times actually, but never actually talked to her. Not that she wanted to. She was just an agent, like most of the others that worked at SHIELD, so she couldn't be too helpful. But obviously Phil saw something in her, so Savannah was willing to be open minded about hearing her out.

Savannah raised an eyebrow after no one said anything after a while, and only then was it that she assumed the girl was to speak. So she turned her head towards her, giving her another set of raised brows, as if she was saying "Well? Get on with it."

(view spoiler)[I'm not going to bring in Thor just yet; he isn't very vital currently, since he likely wouldn't be interested in this. (hide spoiler)]

Lisabeth looked up when Savannah spoke, pointing at herself and whispering "Me?" She honestly didn't think that anyone would pay any attention to her. Yes, she was supposed to speak, but not until later, or so she thought. She'd thought that Coulson or Fury or someone important would handle this, but apparently not. "Alright, well, I guess I'll begin," she said, slowly walking to the front of the room. She projected some images onto a screen to give everyone visuals suddenly felt very nervous. Lisabeth wasn't a shy person, she just felt so unimportant, like she had no right to even be in the same room with these people.

Steve shot Savannah a give the poor women a break look, knowing that her words had made the newer agent nervous and uncomfortable. He gave her a small reassuring smile, knowing that she had a right to be nervous. He knew that he would be in her shoes.

((Savannah didn't actually say that, she gave her a look))

((Oh, oops, I thought that she said it. Should I rewrite that?))

Lisabeth didn't like it at all wen the room fell silent, and she hated the look that Savannah as giving her. It was as if she thought that she was so much better than her just because she was of higher rank. Everyone in the room was for that matter. These were the most importance people in the agency, and Lisabeth wondered for the millionth time what she was doing here with them. "So," she said at last, getting sick of everyone staring at her. Slowly she began to explain what as going on and what their assignment was. That was another thing, she had no idea why she'd been out on this assignment with everyone else. Lisabeth knew that she was nothing special at all compared to the rest of them.

Steve listened to the agent as she spoke, and knew that she was clearly new here. She seemed nervous, that and the fact that he didn't know her led to this conclusion. He wondered what she was doing here, since new agents never got out on jobs with the rest of them. This girl must be very special.

((If you want to come up with a specific mission for them you can, but right now I can't really think of anything :( ))

((Oh and you can bring in Thor whenever you want really...I'm just kinda putting in Steve because he's there...))

Phil cleared his throat and stood up from his chair in the back of the room. This wasn't going as planned. He made his way to the front of the meeting room, standing beside Lisabeth and facing those who had actually chosen to attend.

"Since it's clear no communication is going to happen here, this is agent Lisabeth Harkness. She's been an agent with SHIELD for a while now." Phil stopped, eyeing Lisabeth, motioning for her to continue the story.

Meanwhile, Savannah observed the girl, waiting for what she liked to call the Overload. If she concentrated hard enough sometimes she'd pass out; she had been trying not to do that. It wasn't good for her brain. And everything inside of it. All the valuable information...

Suddenly a shock went through her head like lightening, causing her to gasp. There it was. The Information Overload. It was when all the information of her subject prepared itself and came to her. It wasn't her fault it went so fast. That was just how powers worked; well, genetically modified ones, anyway. Sometimes they were perfect, sometimes there were side effects.

Lisabeth shrunk back when Coulson had to come and take over for her. It wasn't her fault that she had no idea what she was doing! She'd essentially been told that she was on this mission with the rest of them and that she was to explain what was happening, which was what she had been doing. She'd been to nervous to even think of introducing herself, and she didn't think that any of them truly cared anyway who she was. Compared to them, she was nothing. Why would they bother learning her name, or even speaking to her at all? Lisabeth considered leaving the room, knowing that she'd already made enough of a fool of herself. Why continue? Slowly, she took a step towards the door, giving Coulson a look that clearly said that she needed a moment to hopeful calm her nerves.

Steve seemed to be the only one who noticed Savannah gasp and flinch a bit and he gave her a concerned look. "You okay?" he asked her gently, not really aware of what has just happened to her. He had a basic understanding of her powers from her file, but not very much information was there, not that he would have understood it if it was. Steve still didn't know much about modern technology. He had trouble working the microwave and the computer and just about everything else, so there was no way he'd understand all of the complex genetics linked to her powers.

((I was thinking maybe Thor could be there when she leaves the room and maybe they could meet???))

((Oh okay, whatever. I'm just confused as to what she's supposed to do because we don't actually know what the mission is....should we like, plan what that's going to be??))

((She's just supposed to introduce herself and tell everyone what her powers/skills are. Phil is going to explain the mission. I have an idea))

((Oh, okay. I thought she was supposed to explain the entire thing and all.... Now I feel stupid :/ Okay, so hang on, I'll just rewrite my last post to make things easier...))

Lisabeth felt stupid when Coulson had to come in and help her out. It wasn't like it was her fault that she was nervous about being in front of the most important people in all of SHEILD. "Yes, like he said, I'm Losabeth Harkness, and I'll be joining you on this mission," she said, trying to appear confident and like she knew what she was doing, "I'm a computer hacker, well not just computers, but I can hack particularly any form of technology and reprogram it to meet my needs." This was how she had gotten her job with SHEILD in the first place. She'd hacked their security system, which was near impossible to do, and even though they weren't happy with her, they were impressed with her skills and hired her.
-----
Steve seemed to be the only one who noticed Savannah gasp and flinch a bit and he gave her a concerned look. "You okay?" he asked her gently, not really aware of what has just happened to her. He had a basic understanding of her powers from her file, but not very much information was there, not that he would have understood it if it was. Steve still didn't know much about modern technology. He had trouble working the microwave and the computer and just about everything else, so there was no way he'd understand all of the complex genetics linked to her powers.

Oh, it didn't say that when I posted that.... Sorry, it's just that literally none of my rps have posted in like three or more days and I feel like I'm being abandoned :(