Race: Nord
Abilities/Powers: Aversion to cold, but that is just about it. 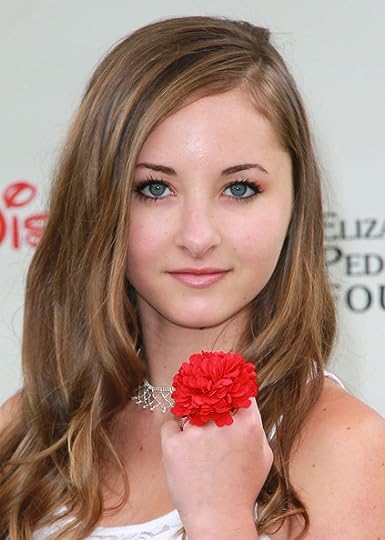 Description: Meribella stands at the height of 5'10" and she weighs 132 lbs. Meribella has fair white skin and she has an appearance that looks like she is accustomed to the cold. She has an athletic body build.

Personality: Meribella is kind and caring to some people, but not everyone. She is smart and outgoing, but she is very sneaky and cunning as well. She spends most of her time honing her own profession. Meribella is very interested in the Winterhold College, only because her sister had the oppertunity to go and that really made Meribella mad. Meribella easily gets mad and nobody wants to get on her bad side.

Likes and Strengths: likes her sister and mom, strengths are lockpicking and stealing things from people as well as not being noticed by the guard.
Dislikes and Weaknesses: Dislikes that her sister got to go to the College of Winterhold and that her father died, weaknesses are talking about her father's death and telling on other people when they steal.

History: Meribella Winder was born and raised in the cold city of Winterhold. Her only company growing up was a seven year older sister named Aribella. Everything was going fine, the family was living peacefully. That is until her father joined the Companions and he got killed on a mission recently. Since then, it has been just her, her sister, and her mother. Recently this week, Meribella's mother decided to send Aribella to the College of Winterhold to help Aribella train to use magicka. The death of her father caused Meribella to become a theif and to keep her out of sight of the Imperial Guards due to her new profession. Birthdays in the Winder family have long been forgotten, even if Birthdays were important once, the only thing that really matter to the surviving Winders is living.
Place of Birth: Winterhold
Relationships:
Ariella "Ari" Winder (Older Sister, 25)
Yetvanna Winder [nee Wintershine] (Mother, 60)
Hallis Winder (Father,60)