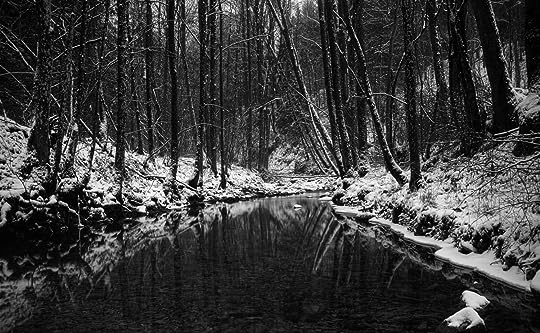 Wes stood casually against the tree, a stick in his hand as he began to draw a picture in the dirt below. Because of his curse, billions of things could've happened standing under that tree, it could've fallen, caught on fire, or something equally worse. But for now, those weren't his worries. He breathed in the cold air, sighing a bit.

Ella leaned against the same tree Wes was on, not knowing he was there. "Man my life sucks."

Wes jumped, not noticing that someone was behind him until now. He drew over his picture with his foot then turned to face the girl that had clearly snuck up on him, which was unnatural for him. "You're either talking to yourself, or I'm s'posed to be listening," He murmured. "So why?" He asked, his eyes glittering in amusement.

"What? Oh, sorry. I didn't know you were there." Ella said as she smiled.

"What happened? Are you going to tell me... or naw?" He asked, leaning back against the tree. He started drawing something again on the ground as he waited for her to start blabbering about her problems. He was literally cursed, yet that was something he didn't do often.

"Stupid Calyx is what happened." Ella said as she leaned against the tree.

"Sorry, I don't know who that is?" He said looking at her, a little puzzled... or freaked out. "Is that s'posed to be some kind of metaphor, or something?" He said as he looked away thinking of how fast he could run away if necessary.

"No. I met someone at the park named Calyx, and he's REALLY annoying. He just wouldn't let me have fun." Ella said with an evil grin.