[ Gender ]
[ Sexuality ] (view spoiler)[ DO NOT SAY STRAIGHT, GAY, ETC. USE THE PROPER WORDS. If they changed sexualities, (this is optional) list why. (hide spoiler)]
[ Relationship Status ]

[ History ] (view spoiler)[ A history of a character should be at least a paragraph and a half (10-12 sentences minimum). You must include the most important stages of their life. In this case, their birth, when they arrived at Camp Half-Blood, their times at Camp Halfblood (unless they just arrived), and anything else. (hide spoiler)]
[ Family ] (view spoiler)[ Include godly parent and parent. Please list any family members said in the history and their age and position (Alive or Deceased) (hide spoiler)] 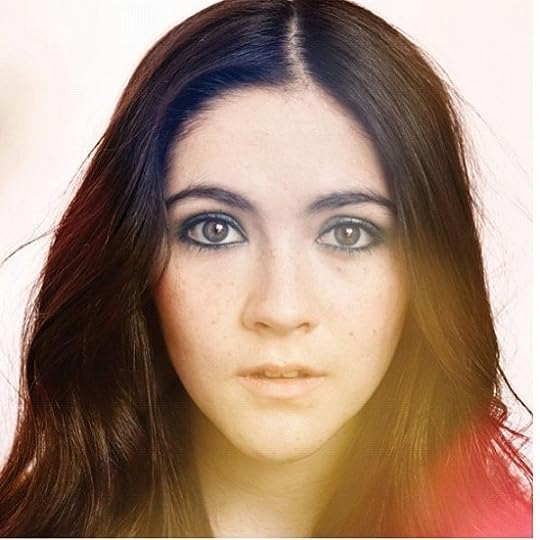 (http://fc05.deviantart.net/fs70/f/201...) (hide spoiler)]
Face Claim: Isabelle Fuhrman
Description: Hope Tempest Olivares is a short girl. Her height is 5'4". Her eyes are hazel, with golden rings circling the pupils. She has a athletic figure. Hope's skin tone is a fair, peachy tone with freckles dotted occasionally on her body. The most distinguishing part of her is her hair. Hope's hair is long and black, with teal highlights at the ends of it. Hope is a drawer, so there are usually the occasional pen art across her wrists, or on her hands.

Trait 1: There's a reason, her middle name is Tempest (meaning "storm"). Hope is very, very short-tempered. Any offensive comment to her, and you'll have yourself in trouble, fast.
Trait 2: Dare Hope, and she will do it. Hope is very daring, and brave. She is willing to take up any challenge, sometimes this isn't a good thing.
Trait 3: Hope can point out the inappropriate or immature thing in every sentence. Be careful what you say around her.
Trait 4: Hope is very creative. She likes to draw, paint, and write. She owns a notebook which she writes poetry in.

[ History ]
Hope Tempest Olivares was born on a crisp morning of November 20th, to Bonita Olivares, who died during child birth. Hope was sent to a orphanage at the age of 2, since no one of her family was willing to take care of her.
Hope spend 11 years at the orphanage. From the time she arrived, she never fit in. The girls her age either left after a while or ignored Hope.
She was assigned Room 1218, along with 3 other girls. Hope had her own side of the room, where she drew and wrote all over the walls. One day, Hope found a tattered blue notebook in the hallways. She wrote poetry and drew in it, and carries it with her everywhere.
Finally, on Hope's 13th birthday, she got to leave the orphanage. A man, covered in eyes, came to pick her up. No one else seemed to notice the abundance of eyeballs on his face, but Hope went with him, she would do anything to get out of that place.
When she arrived at Camp Half-Blood, Hope was amazed. With its amazing forests and architecture, Hope felt at home immediately. She stayed a loner, did her normal activities, and drew and wrote the rest of the day. She never hung out with anybody usually, unless she was forced to. And that's what she's been doing everyday since she got at Camp Half-Blood.

Fatal Flaw:
Hope's fatal flaw is the feeling of inferiority. This means that she feels as if she is the least important in the crowd.

Mod
Hope Tempest Olivares is APPROVED. This character is now permitted to roleplay!

Mod
Awesome! I just need you to add:

Tell me when you have added them and I'll approve you!

Mod
Sky Fossi is APPROVED. This character is now permitted to roleplay!

message 6: by -adonis ❰Stitched you up, put you together With cotton and feather Gave you love, put my heart inside you Oh what could I do When you started talking (new)
Dec 27, 2014 10:30AM

Warning: This template belongs to me, so please ask before you use it. So does the character, there is a word for stealing stuff, plagiarism. And you can go to jail for that.
Disclaimer: Although the template belongs to me, the images, do not.
Inspiration: I've seen so many good templates from Meiyu, Triss, and KC, so I decided to make one, and stop using theirs. (hide spoiler)]


☾Maria☽
☇Pronunciation: muh-REE-uh
☇Etymology: Comes from Latin, mare for sea
☇Why the name was chosen: It was the name of her grandmother who passed just before her birth 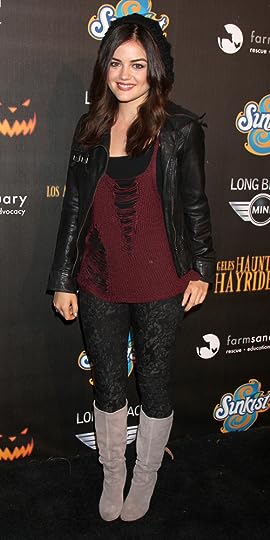 ☇Maria is a very determined person and will stop at nothing to get her way.

☇When it seems as if someone lower then her in intelligence says something stupid, she will immediately make a sarcastic response.

☇Maria can think her way out of most problems and can get people to tell her things without directly asking them.

☇She always gets good grades, and she has a photographic memory so she can always get questions and riddles correctly.

☇Even though Maria may be feisty and sarcastic, deep down, her heart is filled with love and she will always help someone in need.

☇Maria was the light of her mom's life when she came into the world. She was a beautiful baby and was destined for great things. Her mom made her the best she could be.

☇At age five, she got glasses and was bullied countless times through elementary school. And at one point, her anger snapped, and she not knowingly, stirred up a big wave. That wave hit, and everyone in the city was flooded. Nearly everyone died, except for Maria for she could breathe underwater.

☇She was whisked away to Camp Half-Blood. There she was told that she survived the wave because she was a daughter of Poseidon. She also learned that she was the cause of the wave. The first two years she was there, she was so angry at what her actions had done that she wouldn't come out of her cabin for anything. People had to bring food to her. Eventually she got over it, and enjoyed the Camp for what it was. A fun place. 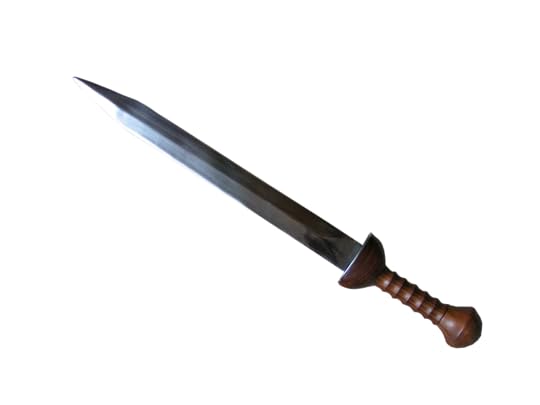 ᴅɪsᴄʟᴀɪᴍᴇʀ (view spoiler)[I worked really hard on this character. If you steal any part of this, that writing or the quotes, beware. (hide spoiler)]

(hide spoiler)]
Kellen is a girl who has one of the most normal body structures ever- average sized, fair curves, slightly short. She has long dark brown hair, framing her oval shaped face. She has high cheek bones, and dark hazel eyes. She has full lips and a button nose, with any eyeliner she can find lightly around her eyes. She is usually found in cut-off tee-shirts, and shorts or jeans. She stands at 5'5", short compared to other kids at there. Despite her size, this girl packs a punch. And when she is in the zone- Kellen can look frightening.

Personality:
Kellen is someone not to be underestimated. Even though when one first looks at her, they may think she is not extremely tough, looks can be deceiving. When in battle, she becomes skilled and fierce, and once she is done, she kind of just shrugs it off. Those who don't know her, may think she is kind of bland and closed off, but when you get to know her you will find that she is not that at all. Sure, she may be shy at first, but once you get to know her, she can be sociable and humorous(even though her form of humor is sometimes sarcasm). She actually enjoys having friends around, even though sometimes she can seem like she doesn't want people around. Kellen is very determined when it comes to doing what she wants. Some call it recklessness and others call it stupid, but really she just believes that she gets what she needs when she does stuff for herself, when she needs it done.

Fatal Flaw: Kellen is too self-reliant, and often pushes others away to do things herself.

History:
October 20th
My mom got me my diary today. I think that's about all her and daddy are good for- getting me stuff. I mean, in elementary school, I wasn't popular, but they haven't once helped me out- let alone ask how I was. Whenever daddy comes home from work, he grabs this bottle from the fridge and sits on the couch and drinks it. It always makes him really mean, and I don't know what is in it that makes him do that. Mom's a whole different story. She works, and is always stressed, and takes out of her yelling on me. And I didn't even do... Oh no. Mom's home again. I thinks it's one of her bad days. Happy eleventh birthday to me.

December 27th
I found out my daddy isn't actually my father. He told when he was drinking that stuff. I was just going to get a snack, and that's what he told me. Two days after Christmas. Great Christmas present, huh? I asked mom about it, thinking she wouldn't get angry since it was during the holidays. It didn't help, though. I still got yelled at. I go back to school soon. I can't help but be glad about that, since it means I get to do something else other than sit around in the house and avoid my parents.

May 15th
Something attacked me while I was playing on the playground today. I told the teacher, and she told me it was just a dog. But, I know it wasn't. It was bigger, and scarier. It was almost like a wolf, or a monster, or something.I miss the teachers in elementary school. At least they were nice to me. These teachers are just plain mean. I have the feeling they just think I'm weird or something. I mean, I'm not that bad, am I?

October 20th
Something attacked the house. I don't know what happened because I ran before it got to me. Too bad it followed me, even when I had taken off as fast as I could. I had a baseball bat with me, of course, but when it got to me, the most incredible thing happened. It was like I had this special power flowing through me and I killed it. And I only got a few gashes. I guess I'm spending the night in the sewer. I guess it's a happy thirteenth birthday today. And I got here all by myself. That's the best way to do it, I guess.

November 18th
I ended up at this camp. They said it was for half-bloods. So, my dad was a god. A real god. That would explain the powers, and the monsters attacking me. But, I'll be safe here. And I'll finally not be by myself. He claimed me last night, when I was practicing battling with a few other girls. Ares, god of war. It really does explain my ability to fight. I think I may be here for a long, long time.