Job:C.O. and flight leader for the Blue Angels
Claim to Fame: as above as well as fighter ace 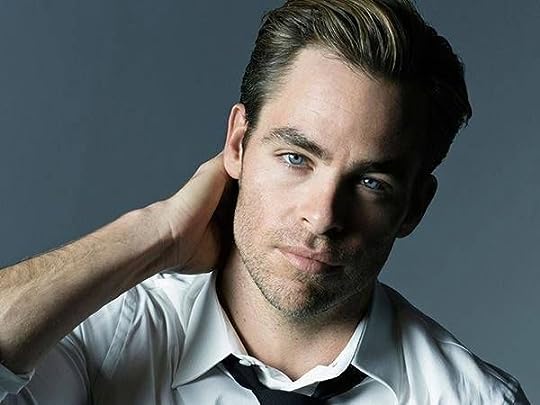 History:
CDR Thomas Frosch
U.S. Navy
Flight Leader / Commanding Officer
Download Officers Photo
Commander Tom Frosch is a native of Clinton Township, Mich., and graduated from Fraser High School in 1988 where he lettered in football. He attended the U.S. Naval Academy, Annapolis, Md., where he also lettered in football, graduated with a Bachelor of Science degree in Engineering in 1992, and was commissioned an Ensign in the U.S. Navy.
Tom reported to Naval Air Station (NAS) Pensacola, Fla., for aviation indoctrination in March 1993. He completed primary flight training in the T-34C Turbo Mentor at NAS Corpus Christi, Texas, and completed advanced flight training in the T-45 Goshawk at NAS Kingsville, Texas. He received his wings of gold in March 1995.
Tom then reported to Strike Fighter Squadron 106 (VFA-106), the "Gladiators," at NAS Cecil Field, Fla., for initial training in the F/A-18 Hornet. In June 1996, Tom reported to Strike Fighter Squadron 87(VFA-87), the "Golden Warriors," also at NAS Cecil Field, where he served as the Avionics/Armament Division Officer, Legal Officer, Administration Officer, Training Officer, and Landing Signals Officer (LSO). Tom completed a Mediterranean Sea and Arabian Gulf deployment with the USS John F. Kennedy (CV 67) and flew in support of Operation Southern Watch, as well as a deployment with the USS Theodore Roosevelt (CVN 71) where he flew in support of Operation Allied Force in Kosovo and Operation Southern Watch in Iraq. While serving with the Golden Warriors, he was named the 1999 Strike Fighter Wing Atlantic Pilot of the Year.
In July 1999, Tom was selected to attend the U.S. Naval Test Pilot School at NAS Patuxent River, Md. He graduated in December 2000 and reported to Naval Strike Aircraft Test Squadron 23 (VX-23) also stationed at NAS Patuxent River. He served as a test pilot with the Ordnance Support Team, an LSO, and Avionics/Armament Division Officer.
Tom returned to the fleet in January 2003 as a Department Head for Strike Fighter Squadron 192 (VFA-192), the "World Famous Golden Dragons," stationed at Naval Air Facility(NAF) Atsugi, Japan, where he served as Safety Officer, Operations Officer, and Maintenance Officer. While assigned to VFA-192, Tom deployed with the USS Kitty Hawk (CV 63) and flew in support of Operations Southern Watch and Iraqi Freedom.
Tom attended the Naval War College in Newport, R.I., in August 2005, where he earned a Master of Arts degree in National Security and Strategic Studies, then reported to NATO at Supreme Headquarters Allied Powers Europe (SHAPE) in Casteau, Belgium. During his tour, he deployed as an Individual Augmentee with the NATO International Security Assistance Force to Kabul, Afghanistan.
Tom reported as Executive Officer of Strike Fighter Squadron 146 (VFA-146), the "Blue Diamonds," stationed at NAS Lemoore, Calif., in May 2009. He commanded the "Blue Diamonds" through a work-up cycle and Western Pacific/Arabian Gulf deployment with the USS Ronald Reagan (CVN 76) in support of Operation Enduring Freedom.
Tom joined the Blue Angels as Commanding Officer in November 2012. He has more than 3,300 flight hours and 830 carrier arrested landings. His decorations include the Defense Meritorious Service Medal, two Meritorious Service Medals, two Individual Air Medals with Combat "V" (Six Strike Flight), three Navy Commendation Medals, one with Combat "V," and numerous unit, campaign, and service awards. (Age I don't feel like changing all the dates for)
Personality: You are one of the Analysts - a rational and impartial individual who enjoys intellectual pursuits and prizes independence. You are known for your debating skills, self-confidence and impressive knowledge.

Fatal Flaw:Confidence
Biggest Secret: Has never had a lasting relationship

btw i changed the stufff