Mod
At the age of 16 the rest have to climb a monster infested mountain to get a flask of water. If they do they become traders, travellers, farmers, servants and maids.

Weapon: (Can't be too pro cause they aren't rich enough to pay for them.)

Personality: He is quiet and reserved. Talks to himself since he is so used to talkig to cows and since he lives on a farm on the borders of Ilcor's farmer's range which is most dangers of all and needs constant gaurding by dragon riders but they never talk kto Jasper. Since he is only one person with only three cows, a donkey, half a dozen hens and hardly any equipment he has trouble mkaeing money. He is hoeping that he'd get lots of money at his first harvest festival selling his now ripe apples, his milk and eggs and his home made apple related food. he is mostly innocent and naiive when it comes to trusting people. He if very trusting... but always TOO trusting. Always a peacemaker.

History: Had three friends. They promised each otehr that whenever one fails the rest fllows them. So when Jasper cought a beautiful silver dragon egg while the other two didnt, he had to get rid of it and fail. So when he managed to grap a scythe from the burning feild while the other two came away with burns he had to fail. When he gainned power over spirit, a very rare power, he had to fail himself since the other two came away with nothing. So when he managed to get the flask ... and the other two didn't... he had to fail too... but this time a warrior saw him come away with the flask and took him away to a farm to become an apprentice with an old farmer.... AFter abotu half a year of farming the old farmer died , leaving the farm to Jasper's care. While that happened his two friends came to see him. They were angry that he had 'betrayed' them that he broke his promise while they had to turn themselves into thieves. So in return they demanded three cows, a dozen hens and a horse. Jasper, forever the peacemaker, the one who hated fights, gave up what they asked. They disapeared and he never heard of them again. Jasper, on the otehr hand, had gone through a long period of starvation before he managed to get a bit of money from selling a cow and managed to eat a loaf a day. This will last till harvest day. 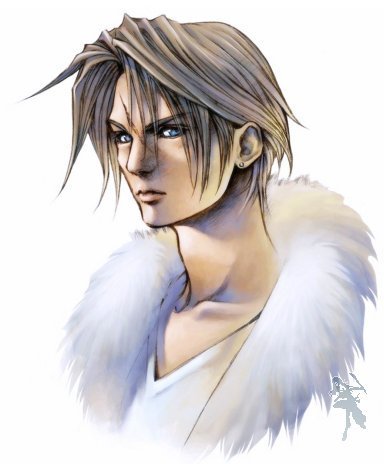 Other: He has the power of spirit (anythign to do with the mind) but he deosn't actually know it. He thinks he lost his power ocne he gave the pearl up (he stashed it in a cave along with his egg which has hatched and gone wild) but he still has his power. He just can't access it. He deos have a small dosage of empathy that comes and geos. (empathy is the power to read emotions)

Weapon: Scythe he stills has from his warrior test.

other: BTW got the scar from his 'friends' when they came. In their 'anger' they used a dagger to slice his face