Mod
At the age of 14 the rest go into a burning field with partially fire proof clothes and you must retrieve a sword or a bow and arrow or other such weapons. If they do they become warriors/knights and they go to the warrior's school. Btw, on the field you had to escape or you'd be trapped in the burning field forever. you had to use the weapon you had picked up to fight monsters and beasts. Your clothes stops small burns but doesn't keep out the heat or if you stand in the fire for long the clothes will not help you. Not a lot of people are able to escape without weapons. If you run fast enough you might make it out alive.

Title: (example: "Dark warrior" , "Shadow warrior") (There is a topic to request this.)

Class: (Depends on the weapon)

Personality: Quite and broody, she isn't good with jokes, a very serious and noble woman.

History: Lyra was raised by both her parents who were shop owners. She had failed the dragon and witch test but succeed in the warrior. What happened in the burning fields had changed her dramatically and she grew apart from her parents. Sent to the barracks to be trained, she didn't talk to anyone. Just learned her lessons in sword play and hand-to-hand combat.
Once out of training she was sent into a battle where she slayed many. She quietly receives and acts upon the orders of her general/ king. 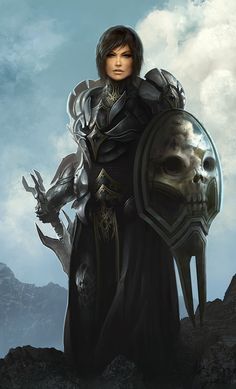 Relationship: no relationship, though she wouldn't mind one. 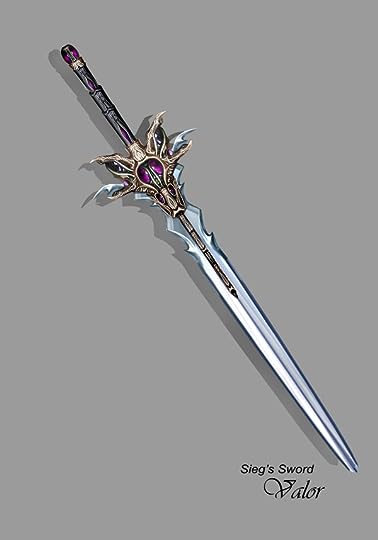 [Wᴇᴀᴘᴏɴ(s)]
↳ Dᴇsᴄʀɪᴘᴛɪᴏɴ:
Ayleth gained her double-bladed sword when she completed her Warrior exam. She is extremely skilled with her weapon and carries it with her wherever she goes. Without it, she feels defenseless and vulnerable. The blade is heavy, but to her, is very easy to carry. The blade is sharp and made of good metal that doesn't dull easily. The weapon is usually strapped across her back, so she can easily pull it out with easy access. 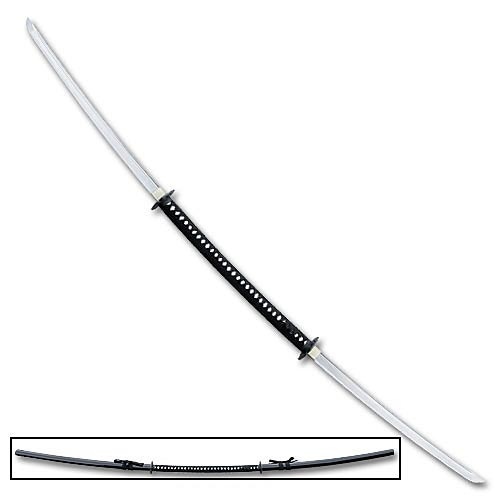 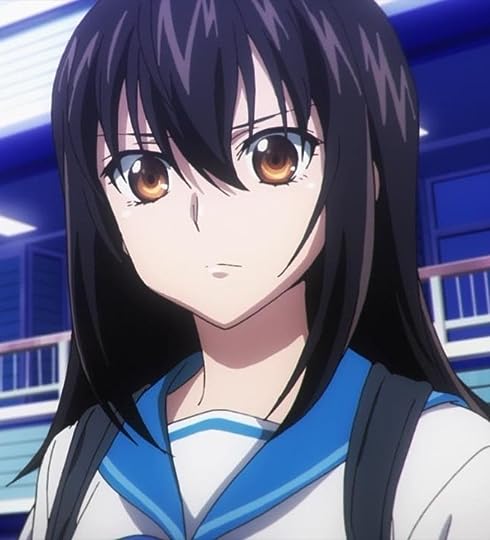 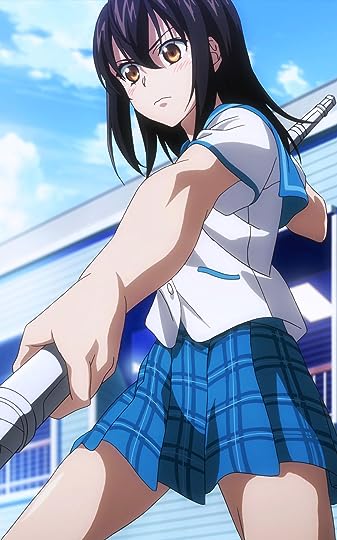 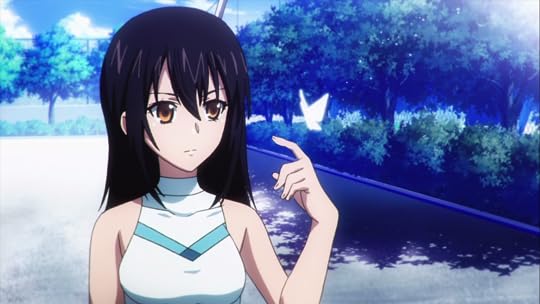 Fᴜʟʟ Dᴇsᴄʀɪᴘᴛɪᴏɴ
Ayleth gets most of her looks from her father's side. Unlike her younger sister and brother, she has black hair that goes down to her shoulder blades. Ayleth will rarely wear her hair down, and mostly has her hair tied into a tight ponytail. She has her mother's light hazel eyes, that look much like her sister's. She has pale skin, despite training outside in the sun. Her height and weight are about average for her age. Ayleth has a good build and is very athletic and agile. On her right thigh, she has a scar in the shape of multiple teeth marks. 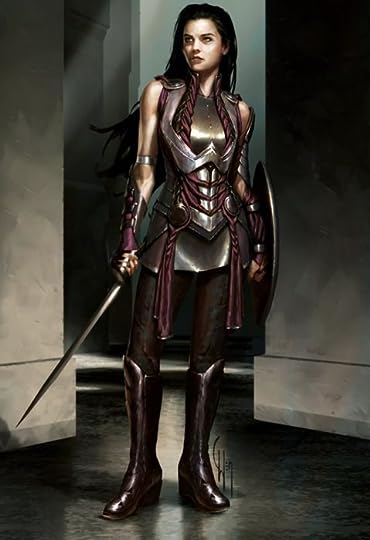 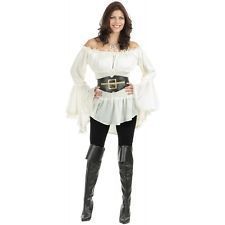 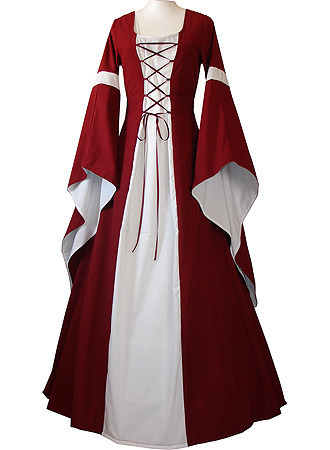 
[Hɪsᴛᴏʀʏ]
Ayleth Marie Sumner had always been a brave little girl. She would do things that others at her age wouldn't even think of doing. Some called her courageous- and some called her insane. When Ayleth was eight years old, her mother had taken her down to the market place in the village. As she walked down the cobblestone streets with her hand in her mother's pale one, a man suddenly stumbled down the road. He was an old and filthy looking man. Behind him, a woman was shrieking bloody murder as he ran. In his arms, he carried a pouch full of coins. As the man got closer to to where she and her mother stood, Ayleth let go of her hand, despite her mother's attempts to drag her back away from him.

When the man ran past, she stuck out her foot and tripped him. The man- the outcast- fell and skidded face first across the street. Others came out of their homes and cottages to see what all the mayhem was about. When the man tried to stand back up, Ayleth shoved him down again by forcefully placing her foot square on his back. The woman from earlier came running over to Ayleth and the outcast. After thanking Ayleth, she took her leather pouch back. The man was later arrested by the warriors in the area.

Four years later and she was taken away to the ocean. Once she was given her necklace, she calmly walked into the ocean until she was completely submerged. She swam through the water until her limbs ached. For some reason, she couldn't find a pearl. Just as she was about to turn back, she came face to face with a sea serpent- one of the sea-monsters she'd been warned about. The sea-serpent was covered in light blue scales that flashed when the sun shined on it through the water's surface. It was smaller than what she would expect a sea serpent to be. It was the same size as herself, if not a few inches longer.

The serpent slithered through the water, staring menacingly at her with it's bright eyes. It suddenly shot at her through the water with incredible speed. The serpent sunk it's razor sharp teeth into her right leg. Ayleth screeched in pain while her blood floated in the around her. Ayleth did the first thing that came to mind- she punched it right in the eye. Later, this would seem like the worst thing to do. Her small fist was sluggish and slowed down by the water. But it did the trick.

The sea serpent unhinged it's jaw from her thigh and wriggled in pain. Looking down, she saw that one of it's teeth had come out and was still embedded inside of her thigh. Despite the immense pain, she quickly pulled the white tooth out of her leg. Then, sea serpent came back to it's senses. It lunged at her in anger and lunged. This time, she was quick to move. As the serpent shot past, she gripped the tooth in one hand and stabbed the creature in it's side. The serpent stopped in mid-swim, and struggled as death began to creep upon it. Soon, the serpent floated up to the surface of the water. Ayleth followed, trying to ignore the pain flowing throughout her body. Coming up to the surface next to the serpent, she gripped the sharp tooth in it's side and pulled it out. Ayleth used what little strength she had left to swim to shore. Despite failing, Ayleth felt proud of herself. Her leg was wrapped with thick bandages as soon as she made it back- she was lucky that she could still walk after the attack. When she arrived back at her home, she kept the tooth and hung it on her belt as a reminder.

Two years later, Ayleth was sent away for the Warrior exam. This was the test she had been waiting for. Even though her parents had wanted her to become a Dragon Rider, she wanted to become a warrior from the very start. She was taken to a large field later that week. Before entering the field, she was asked to change into special clothing- but she didn't know why. After walking onto the field, she quickly understood. The field was burning hot. The heat made her skin feel as if it were on fire. The grass was yellow and black, and fires blazed all around.

Ayleth ran through the fields as fast as she could. The heat was overwhelming. Not to mention, there were monsters hot on her tail, following her every move. Then she saw it- a double bladed sword, glimmering in the heat of the sun. She smiled as she ran toward it- but it wasn't over yet. Ayleth grabbed the handle, and spun around to face the monsters. A surge of confidence spread through her body. The weapon felt light and well-balanced in her hands- yes, this was the weapon for her.

Ayleth sliced through the monsters as if she had been doing it her whole life. Her ability with her new blade seemed to come as naturally as breathing. Even as her skin burned she kept fighting with fierce determination. Finally, she made it out of the field and confidently stood in front of her examiners with pride. Ayleth was sent back home, but only for a moment to say goodbye to her family. She was then taken to the school for Warriors to train. She has been training there for five years. She never really saw her family again, but only heard that her sister, Elizabeth- who was now known as the notorious Mira Thatcher- had become an outcast. Because of Ayleth's skill, she was put into the Elite Force, one of the Warrior Rankings.

[Pᴇʀsᴏɴᴀʟɪᴛʏ]
Since joining the Warrior school in the east, Ayleth has become quite the disciplined girl. She takes her responsibilities seriously and her battles even more so. In her life, there is never time to be childish. Ayleth is also brave. She has lots of courage, and that trait helps her immensely in battle. She could stare a monster in the face without flinching even in the slightest bit. She also doesn't get scared very easily, due to her bravery. Sure, there are a few things that she'll question doing from time to time, but that won't stop her. Ayleth is an intelligent girl who puts her smarts into battle plans and strategies. She is good at getting out of tough situations. One of her flaws is that she doesn't work very well in a team. She has trouble following orders from other people, especially if those people are of lower rank than herself. She doesn't have many friends, as she has spent most of her life training to be a warrior. She can be kind and very protective over the people close to her. She will also help anyone that needs it.

uhh...I didn't really know what class to put her in, so I just chose knight XP

Mod
no. she'd be in either stealth of sumarie class

Thanks! And I fixed my status, btw. Sorry about that :P

I'll just say that she started out as a Samurai, then changed to Knight. ;)